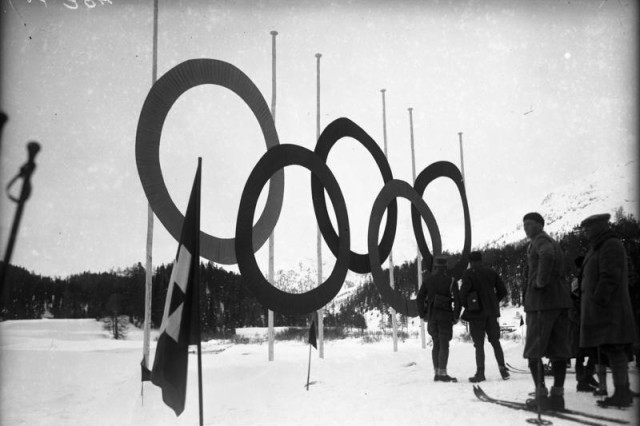 The 2014 Winter Olympics are fast approaching — the event will be held from February 7 to 23 in Sochi, Russia. To help prep you for the festivities, we’ve compiled key facts about this year’s games. Read on.

(1) Sochi has a population of approximately 400,000 people and is situated in Krasnodar, which is the third largest region in Russia. This will be the first time the Russian Federation will host the Winter Games since the dissolution of the USSR: In 1980, the Soviet Union hosted the Summer Games in Moscow.

(2) There are more than 200,000 hectares of forests in Sochi, and the air quality there is considered among the best in the world.

(4) There are three mascots: the Polar Bear, the Hare, and the Leopard. There are also two mascots for the Paralympic Games: the Snowflake and the Ray of Light.

(5) Twelve winter sports events will be making their Olympic debuts at these games. Among them are women’s ski jumping, team relay luge, and a figure skating team event.

(6) Prior to its Olympic bid, Sochi was best known as a subtropical summer resort location, and it has been referred to as the “Pearl of the Russian Riviera.” Statistically, it will be the warmest city ever to host a Winter Games.

(7) The Russian Interior Ministry said that more than 40,000 police officers will be deployed at the festivities and that they will be able to converse with visitors in three languages: English, French, and German. The ministry also reported that police are undergoing intensive language training courses in preparation for the events.

(8) The 2014 Winter Olympics torch relay has traveled to some impressive places, including space, the North Pole, and the bottom of Lake Baikal, the world’s deepest lake. The Sochi torch relay, which started in Moscow on October 7, will last four months and is the longest in the history of the Olympics.

(9) The U.S. State Department recently released a travel alert for Americans heading to Russia for the Olympics and a notice specifically for LGBT athletes. This marks the first Olympics since the 2000 Sydney Summer Games that a member of the first family (or even a former president) has not been a member of the delegation for the opening ceremony.

(10) When Russia was awarded the games in 2007, the country pledged that the undertaking would be “zero waste” (i.e., no environmental pollution). While much of the construction has been centered around environmentally friendly building materials, renewable sources of energy, and reduction of greenhouse gas emissions, critics — especially those living nearby — claim that the new facilities have had disastrous consequences.

(11) Because of the nature of the sporting events, the games will be held in two locations, or clusters: a coastal cluster for ice events in Sochi and a mountain cluster in the Krasnaya Polyana Mountains. Travel time between the “clusters” is approximately 30-45 minutes, which makes it one of the most compact Games in history.