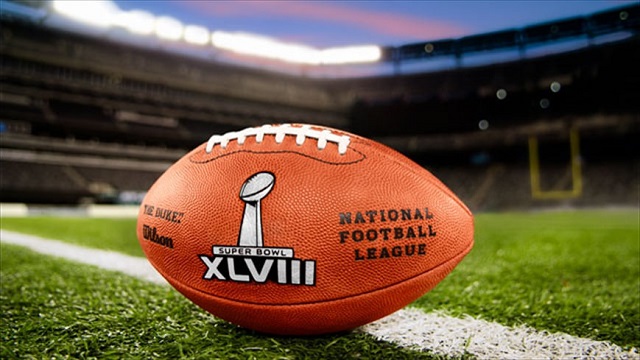 To call Super Bowl XLVIII unexciting would be missing the point. Better to say that the game was not as advertised. It was almost certainly not supposed to be such a drubbing.

And if it was to be a one-sided affair, the story-driven and the superstitious wrote smart words and placed smart money on the football gods punishing the boisterous, upstart Seattle Seahawks and put a Super Bowl crown on Denver Broncos quarterback Peyton Manning, who is often promoted as and sometimes seems to be the greatest QB in the history of the sport. We were promised an epic struggle between those who score the points (Denver) and those who try to stop it (Seattle). Instead, we got a rout.

And so Manning, who was shown to be merely just one of the great quarterbacks on Sunday, did not win. His sole touchdown came in garbage time, when the Seahawks were up by 36. His facial expressions — the “Manning face” that both he and his brother Eli lapse into whenever something bad happens on the field — were hilarious.

But what did Seattle do to render Manning so ineffective? The team’s secondary, with a reputation matched only in volume by their trash talk, successfully shut down the holder of almost every single-season record of significant worth. This wasn’t Ali getting beaten by Joe Frasier, but it wasn’t all that far off, either. Keep reading to find out the three things Seattle did to contain Manning. 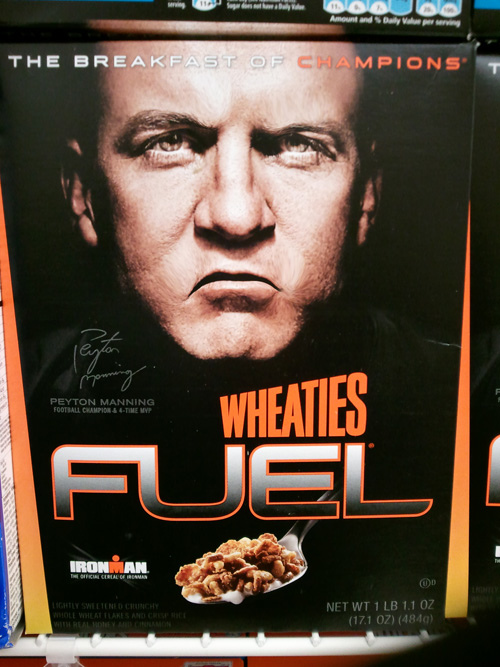 1. Taking away the short pass

It’s an open secret that Manning’s arm isn’t what it used to be, though the Peyton-lead Broncos still became the best offense in the National Football League by quickly and efficiently marching up the gridiron. During the regular season, the Broncos QB managed to average 8.3 yards per attempt – just barely sneaking in to the top 100 seasons by a quarterback — but during Super Bowl XLVIII, that dropped to an embarrassing 5.7 yards per attempt over 34 completions.

What happened? Well, Kam Chancellor happened. The Seattle Seahawks safety and two-time Pro Bowler was a force to be reckoned with during the big game, sending anyone coming over the middle swiftly and quickly to the turf.

Chancellor would finish the game with nine tackles and one interception, but those numbers don’t quite cover the inevitability that fell over Super Bowl 48 — that every short pass was going to end with a decisive hit. It certainly wasn’t only Chancellor in on the action, but he’s the most memorable: His hit on Demaryius Thomas early in the first quarter stood as the first major “Oh, all right, this is how it’s going to be” moment of the Super Bowl.

By leaving Manning relatively unmolested with additional pressure (he was only sacked once during the game), Seattle was able to keep coverage on Manning’s receivers and turn every pass into a dangerous one. Short passes were hazardous, because the Seahawks were the NFL’s No. 1 team in takeaways this season, and none other than Chancellor snagged an interception early in the first to help set Seattle up for an eventual 8-0 lead.

Long passes were also dangerous because of the ridiculous play of the other half of Seattle’s Legion of Boom: cornerbacks Richard Sherman and Byron Maxwell (safety Earl Thomas makes up the fourth member). 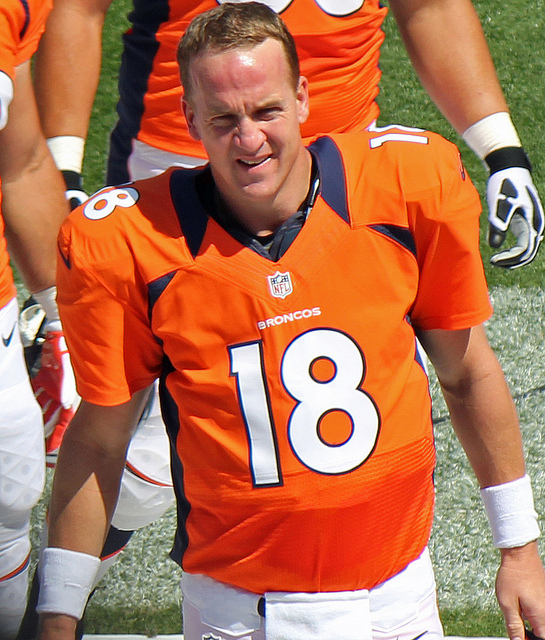 2. Keeping him off the field

As you may have seen, the first real play of the game — sorry, special teams — ended in a safety. According to the record books, that was the fastest score in Super Bowl history. That set the stage for a non-existent first quarter from Manning and the rest of the Broncos offense.

At the conclusion of the first quarter, the Seahawks had been on offense for almost 12 minutes of the 15-minute quarter. For the math-savvy, that means that the NFL’s Best Offense Ever (trademark pending) was unable to do what it is that they needed to do — namely, score points — at all during the first period.

So what happened? Culling the hard numbers from ESPN’s play by play , the Broncos started their second drive at their own 35. OK. So far, so good. First play: Moreno run for three yards. Still all right. The second play is The (capital “T”) Chancellor hit on Thomas. Third play? A short pass up the middle to tight end Julius Thomas, who is promptly sandwiched between Bobby Wagner (middle linebacker) and Walter Thurmond (cornerback).

The Broncos punt after gaining a paltry eight yards over two minutes of playing time. For the rest of the quarter, Denver’s offense would only see the field once more, and Manning would throw an interception while trying to go up the middle to Julius Thomas. It wouldn’t be until the 12-minute mark of the second quarter that Manning and his offense would get some quality time on the field, but after taking eight minutes to go all the way to the Seattle 35, Peyton would have a pass picked off and returned for a touchdown by Malcom Smith, pushing the score to 22-0. 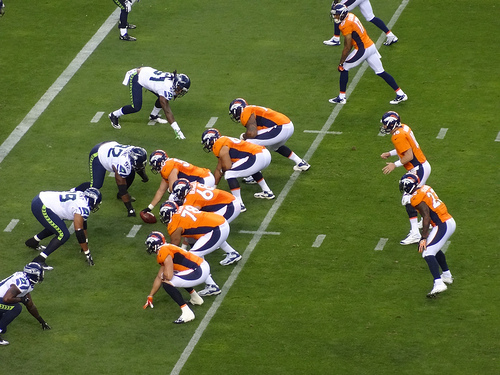 3. Holding the run in check

One of the first things anyone, spectator or student, learns about the game of football is that there are two ways to bring the ball up the field. A quarterback, who will be given the ball at the start of every play, can throw the ball to a receiver or he can hand it off to a running back, who will (go figure) run with the ball in his hands. There are nuances to that, of course, but as Cliff’s Notes go, these work just fine.

If someone had watched Super Bowl XLVIII as their introduction to the sport, they might’ve asked why the orange team wasn’t running the ball very well. The Broncos’ Knowshon Moreno, the Jersey-born 26-year-old who stands at 5 feet, 11 inches and weighs in at just under two bills, was throughly stuffed all evening by the Seattle line, rushing five times for only 17 yards (a figure helped by his longest run, a nine-yard dash that happened right before Manning’s pick-six). Vaunted rookie Montee Ball did worse than that, totaling a single positive yard after six tries, and third-in-line back CJ Anderson only ran twice, even though he picked up nine yards.

All told, the Seahawks held the entire Denver running crew to 27 yards on 13 tries. With a quarterback that’s starting to see diminishing returns on his deep ball, a defense that spent more time on the injured reserve than the field, and a receiving core that was terrified of going over the middle, the Broncos desperately needed more than a total of two-and-a-half first downs from their running backs. They didn’t get it, and the result was a decisive nail in the coffin of Denver’s 2013-2014 season.