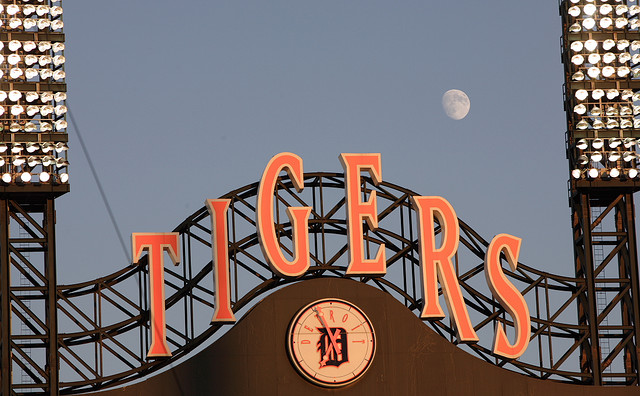 The Detroit Tigers have captured the best start in either league in professional baseball, putting together a 27-14 record that gives them the best winning percentage (.659) and, coming off a series sweep against last year’s World Series champions, the Boston Red Sox, they are shaping up to look like the team to beat all the way into the fall. Of course, a lot could change between now and then, and there’s a reason that the games are played on the field, but the Tigers have just been better than their opponents. In most cases, they’ve been a lot better.

After a hotly debated decision to let star pitcher Max Scherzer play out the season without giving him the sort of mammoth extension that everyone figured he was going to get — something in the realm of seven years and a pile of cash — the Tigers finished their offseason with a bunch of head scratching. Excellently summed up by SBNation, “If the offseason was supposed to be about keeping Scherzer, there’s no way they would balk at a seventh year,” “If it was supposed to be about reinforcing an aging division-winner, there was no reason to trade a valuable rotation piece for a prospect and a closer[that’d be Jose Veras from the Houston Astros],” and “If it was supposed to be about winning at all costs, while still fortifying for the future, where’s the winning at all costs?”

Good questions, and no one’s really sure what the answers are. What we can figure out, though, is why the Tigers are off to such a fantastic run forty-one games into the 2014 season. Read on to see what we’ve got. 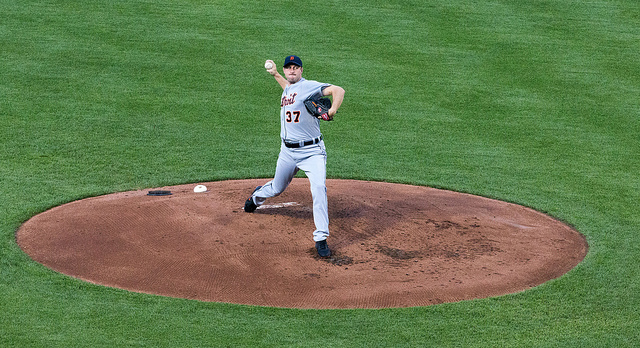 1. The pitching is fantastic, and sometimes that even includes the bullpen

Just because they didn’t extend Scherzer doesn’t mean they took his game outside and let it run free into the wilderness. They’re still trotting out the 2013 Cy Young Award winner, as well as Justin Verlander and Anibal Sanchez (easily the best tandem in the AL), and their younger pitchers, Rick Porcello and Drew Smyly are more than up to the challenge. After their Fenway sweep of the Sox, the first for the franchise since 1981, Sanchez became the third Detroit pitcher to have a win after only five innings at the renown Boston Stadium.

And that one was because of their bullpen. Between Robbie Roy, Evan Reed, Al Albuquerque, Ian Krol, and Joba Chamberlain, the Tigers were able to hang on to the lead that the starters managed to work up in the early game — a situation that’s becoming something of a Detroit trademark. The pitching squad, in its entirety, has a cumulative ERA of 3.55. They also had a seriously unnerving life-sized bobblehead of Scherzer outside their stadium on opening day, and it needs to be shared: 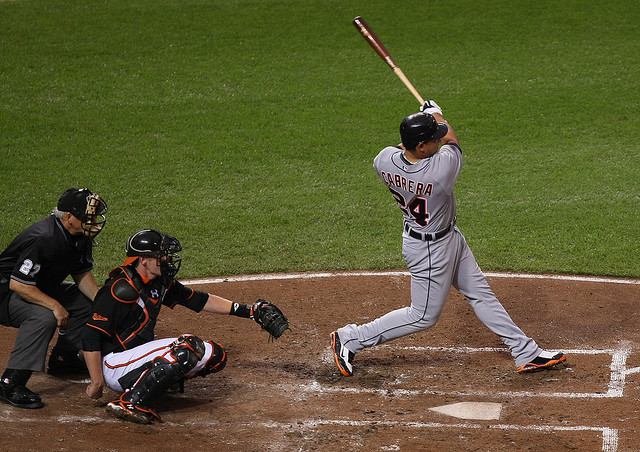 2. They’ve got hitting to go with their pitching

It’s not just Cabrera, either. As a team, the Tigers currently hold a .431 Slugging percentage — a mark that puts them right up there with the best teams in the MLB, right behind the Toronto Blue Jays (.440) and the Colorado Rockies (.493). While Cabrera has certainly helped inflate that number, with his .539 over 167 at bats, the team has found a diamond in the rough with Victor Martinez, who’s .594 over 155 at bats. To put that into perspective, Babe Ruth holds the all time record for slugging percentage with a season average of .690. If Martinez can keep this up, he’d finish with an SLG that would be good for eighth best in the history of the league. That’s no small feat, and a good time to remind everyone that it is, still, only May.