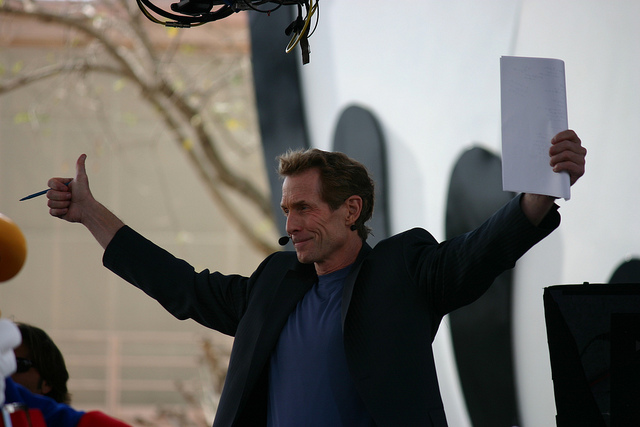 Skip Bayless, as he is wont to do, has found a new underdog quarterback to vociferously champion at every opportunity (because Bayless, along with his co-host Stephen A. Smith, were put on ESPN to do everything vociferously as often as possible). In the past, it was Tebow. He’s not worth rehashing. What is worth examining is how Bayless’s new NFL raison d’etre, the promotion and support of Johnny Manziel, aka Johnny Football, aka the guy who, in Skip’s words, will be a Texans’ regret for the ages if he isn’t picked first overall.

Johnny Football wasn’t picked first overall, obviously — that went to Jadeveon Clowney, a player who projects to probably be better at his role on the football field than Manziel — but he’s already falling victim to being Bayless-ized. Taken by the Browns with the 22nd pick overall, Manziel can ill afford the kind of publicity that comes with being Skip Bayless’s new conversational setpiece, if only because being associated with one of the most hated man in sports isn’t, you know, all that desirable.

“Please do not say I now have my ‘new Tebow,’ ” Bayless wrote at the beginning of the month. “That’s an insult to Manziel.” Of course, that’s a request that needs to be tempered with some facts, namely the fact that Bayless began that piece with “I was right about Tim Tebow and I will be right on a much higher level about Johnny Manziel.” While we’re willing to split the difference with Skip over what exactly constitutes “right,” we’d like to shine some light on the X ways he’s setting up Johnny Football for a Tebowian fall from grace. 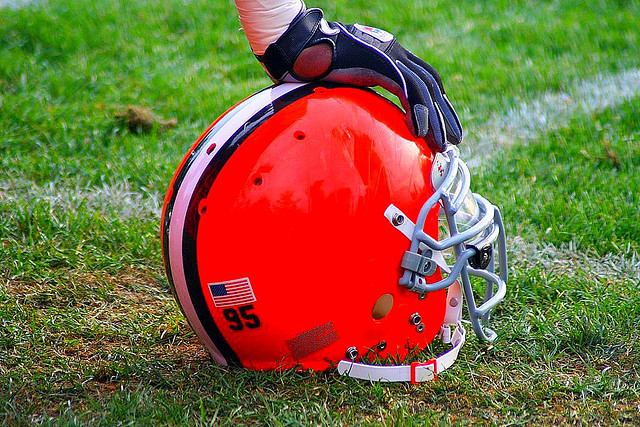 3. He’s orchestrating dissension in the ranks

OK, so that’s probably a fairly operatic way of pointing this out, but Bayless is nothing but an agitator — as in, he agitates for things. He’s an advocate, a loud advocate, and he’s going to be an obnoxious irritation to Cleveland over the coming months. Bayless wears hyperbole the way meatheads wear muscle shirts, and he just knows Manziel is going to be great.

“[Manziel] one day will be even bigger in Cleveland than his buddy LeBron James ever was,” Bayless wrote, describing his initial reaction to the Browns’ pick. “No fandom has ever gone crazier over a 22nd pick than Cleveland’s did. For Browns fans, who haven’t had a long-running star QB since Otto Graham in the 1940s and ’50s, it was as if Elvis had come back to life as a quarterback and gyrated right out of Cleveland’s very own Rock and Roll Hall of Fame.” In his earlier piece, Bayless said, “Next season, Manziel will have the same national impact on some lucky city that Tebow did on Denver and its Broncos in 2011. And it will last.”

Maybe, except that Cleveland has gone on the record asking Manziel to get ready for being a backup. Skip Bayless is not down with that. “No, Mr. Haslam,” Skip writes (and you can just feel the extended index finger jabbing at his monitor), “you want Johnny Manziel to walk into the locker room for tomorrow’s rookie minicamp as if HE owns the team and you want him to immediately start backing it up on the field. You want Johnny Football to start treating Cleveland as if it’s the new Hollywood, national media destination because he believes this franchise is headed through Cincinnati and Baltimore and Pittsburgh toward its first Super Bowl.”

So what’s the big deal — it’s just Skip, right? Everyone knows that he’s sort of a national punchline when it comes to sports media (which, actually, is kind of unfair: Bayless and Stephen A. Smith can both be really smart, nuanced sportswriters when they’re not concerned about raising decibels, ratings, and pageviews), so why bother putting so much stock into what he says about Johnny Manziel. Didn’t we learn enough from the 24/7 All Tebow All The Time debacle that this is only news if we pay attention to it, at which point the attention becomes the news which feeds back in a near endless loop into the capital-N Newsiness of it all?

No. No, we didn’t. Even if we had, though, Johnny Manziel is a guy who texted Cleveland Brown’s quarterback coach during the draft, getting all ‘clingy-significant other’ and begging the Browns to draft him during his fairly obvious slide down the draft board.

“We’re sitting there and they keep showing Johnny on TV and Johnny and I are texting,” said Browns QB coach Dowell Loggains, “and he shoots me a text and he says, ‘I wish you guys would come get me. Hurry up and draft me because I want to be there. I want to wreck this league together.’ When I got that text, I forwarded it to the owner [Jimmy Haslam] and to the head coach. I’m like, ‘This guy wants to be here. He wants to be part of it.’ As soon as that happened, Mr. Haslam said, ‘pull the trigger. We’re trading up to go get this guy.’” Never mind the odds that Manziel sent that text out to more teams than just Cleveland, this is not a dude that needs reminders ad infinitum that he’s going to be a special starter from the loudest member of the Worldwide Leader in Sports.

Cleveland fans are still fans of their city’s various sports teams. That says a lot about their internal fortitude, their tolerance for emotional pain, and their relative disregard for supporting teams that, you know, win. If they think that Manziel is going to help their team reach the promised land of a plus-.500 record, never mind even the fever dream of the playoffs, what’s to stop them from starting a billboard campaign? Brian Hoyer jersey burnings? Something more dire?

Whatever the manifestations, we’d be remiss if we didn’t show Skip Bayless let loose on his own, not transcribed but captured in full Bayless rage. Maybe for Manziel’s sake, Skip should leave this as his last word on Johnny Football. He won’t, of course, because ESPN needs the ratings, but if he actually cares about Manziel’s career, he probably should. You can see him, in full “Is he serious?” mode, below. The Browns open their three-day rookie minicamp today.