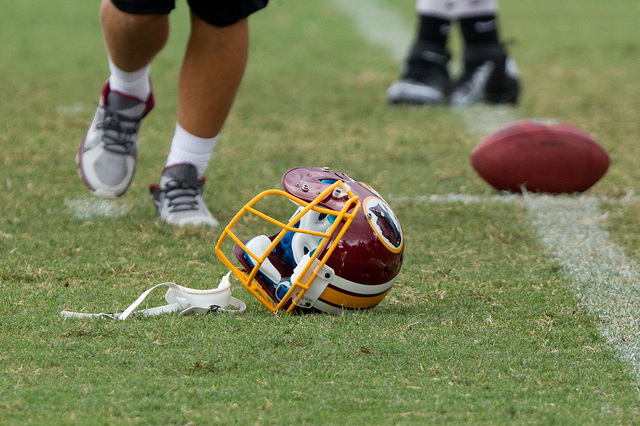 If you haven’t heard, there’s been a lot to talk about concussions and football. Specifically, how the new research into what effects concussions, or even repeated subconcussive hits, have on the brain. The kind of hits that happen multiple times to each player in the course of a normal football game. If there’s only one takeaway from concussions and the future of professional football, make it this: As soon as a direct link between CTE (chronic traumatic encephalopathy) and repeated concussions, the NFL is as good as dead. The link, which seems to daily move to a question of ‘when’ rather than ‘if’, would instantly make football impossibly expensive to insure at the student level. Which means that the NFL would slowly but surely wind up in the same dark corridors as boxing.

That’s not a reach at all, by the way. For as much of an institution as American football is, the shelf life is imminent if new waves of players aren’t signing up to play in the Pee Wee and high school leagues across the country. It’s hard to get people to appreciate a sport if they don’t play it, and the waning nature of most sports fandom (let’s be honest, almost none of us have the time to be quite as dedicated to our teams as when we were teenagers or younger) means that leagues depend on the sustained energy and enthusiasm of a constant infusion of youth. The best examples are in some of the more niche sports, like tennis, or golf, or the action sports. Who pays attention to those? If you answered, ‘participants of all skill levels and basically nobody else,’ you’re right on the money.

The same way it’s nearly impossible to get anyone to care about the French Open if they never learned how to play the game, a world that has linked CTE and football is going to be a far cry from the gridiron crazed, ritualized do or die Sundays that are so common today. If generations grow up without football (as a whole, there will always be practitioners, even if playing football is directly linked to terminal brain damage), it’s going to be a shell of itself. And the NFL is going to turn into the biggest science deniers this side of Big Tobacco and the fossil fuel industry before it happens. Don’t believe us? Here are four ways you know that the concussion crisis is exactly that. 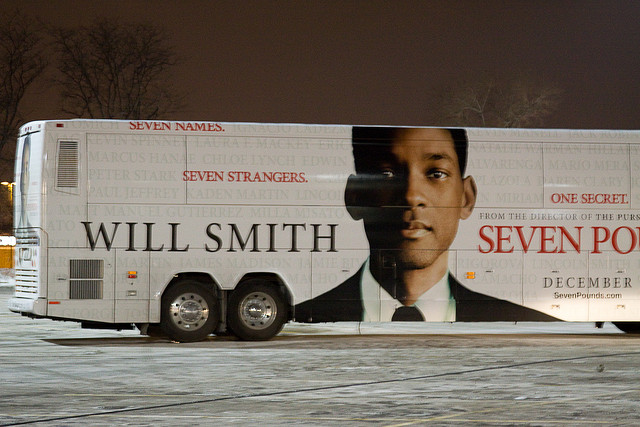 4. Will Smith is making a movie about it

That’s not a trite point. Smith, who has long defined himself by the kinds of risks he’s not willing to take onscreen, doesn’t court controversy. In fact, he treats controversy like the 19th century treated leprosy, and moves to distance himself from it as quickly as possible. The fact that Smith is currently attached to a project based on a 2009 GQ profile about concussions and the NFL speaks volumes. In case you don’t have time to read the entire GQ story (though you should), it’s based on the first researcher to discover CTE in a pro football player’s brain.

More significantly, Smith’s film isn’t alone. According to Variety, “The untitled feature is one of a handful of Hollywood projects revolving around the concussion problem in the NFL taking shape in the industry. Parkes/MacDonald Productions are developing a project based on the book League Of Denial: The NFL, Concussions And The Battle For Truth and Isiah Washington is set to star in the indie drama Game Time Decision, both of which focus on the concussion issue.” 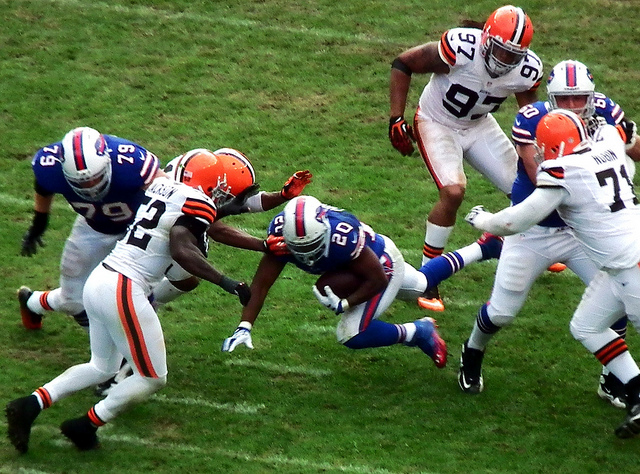 3. The NFL’s investment into USA Football’s Heads Up campaign

Football is fun. That’s one of the things that doesn’t often get mentioned enough in discussions like this. Football is a fun athletic activity that, in the best circumstances, can be extremely fulfilling at each and every level of the game, but it is also inherently dangerous. That’s part and parcel. Everything is dangerous — that’s why warning labels on almost any piece of protective sports equipment offer legal disclaimers about “serious injury and/or death.” No one wants to be told that, though, least of all parents who are spending their hard earned dollars to make sure their sons and daughters are allowed to play football. Especially not when all the news is about tackling, and head injuries, and concussions, and death, and Iron Mike maybe using a taser on himself to get some sleep (seriously, read that GQ article when you get a chance).

Enter USA Football, the governing body for the amateur football leagues that effectively make up the feeder system for the NFL — the high school leagues and the youth leagues. In response to the growing concern over concussions, the organization released a program called ‘Heads Up Football,’ a teaching methodology that alleges to teach “safe” tackling. Those aren’t mocking quotation marks, but simply a acknowledgement of the fact that while there are various degrees of risk when it comes to the different ways a tackle can be made, it’s never safe, really.

The NFL, though, needs the Heads Up Program, and it knows it — the league awarded the program a five-year grant worth $45 million, and USA Football uses professional counterparts in marking the program. Because, again, if there is ever a direct link between concussions and CTE, the NFL is going to go full on tobacco industry, fighting the science for as long as possible in an effort to sustain their own interests. 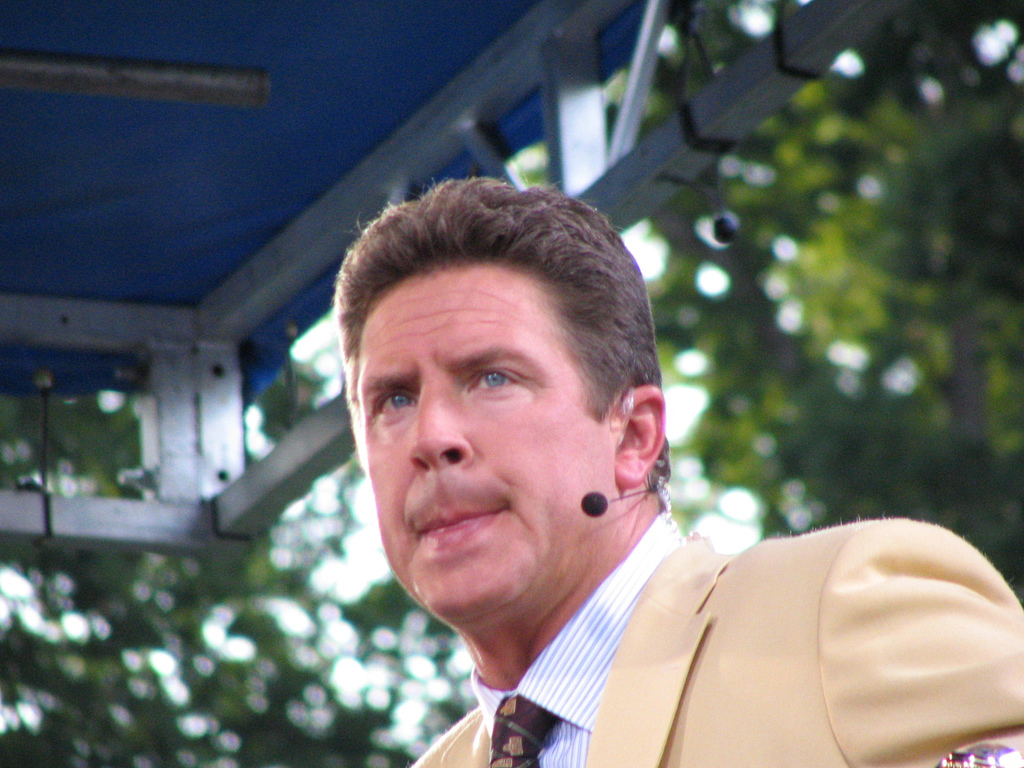 When word got out that Dan Marino was joining a class-action suit against the NFL, the news spread like wildfire. After all, Marino was, far and away, the most high profile player to directly take action against the league for brain injuries. No disrespect to the many NFL players who are already involved in legal action against the league, but Marino’s a lot more visible than, say, a linebacker who only spent two years in the NFL.

What was more telling, though, was Marino’s quick reversal. Marino, who suffered two reported concussions in his seventeen-year career, offered a statement to Sport Illustrated‘s Peter King: “Within the last year I authorized a claim to be filed on my behalf just in case I needed future medical coverage to protect me and my family in the event I later suffered from the effects of head trauma. In so doing I did not realize I would be automatically listed as a plaintiff in a lawsuit against the NFL. I have made the decision it is not necessary for me to be part of any claims or this lawsuit and therefore I am withdrawing as a plaintiff effective immediately. I am sympathetic to other players who are seeking relief who may have suffered head injuries.”

What’s most important here is the first statement, where Marino went through the legal legwork in order to prepare for the possible eventuality that his family was covered if he started showing signs of brain damage. Think about that. The news than an NFL legend, who by all accounts is not lacking for funds, felt the need to set the wheels in motion to provide additional coverage for his family in the event that his health started to deteriorate from the effects of the game that made him famous. That’s the worst kind of coverage for the National Football League, and one of the most damning bits of evidence. 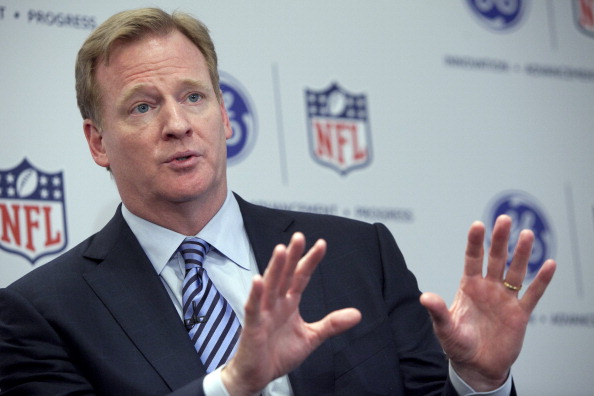 1. The NFL settled with the players lawsuit over concussions

And this is the big one. The NFL doesn’t settle for anything. While the actual number is still subject to change — the settlement was for $765 million, but there are concerns that the figure isn’t large enough. Why is this evidence that the concussion crisis is exactly that for pro football? The players were always going to fight an uphill battle getting the case to stick in court, since they “would have to prove the injuries were linked to the players’ NFL service and should not be handled through league arbitration,” according to ESPN. The NFL, in other words, could’ve let the 4,500 players that are involved in the suit batter themselves against the ramparts. But the NFL didn’t do that.

No, that would’ve become a long, drawn out fountain of terrible publicity for the National Football League, and the NFL would much rather pay their former players a fraction of their annual income (which totals just about $9 billion) to go away. Because, again, if the CTE-to-Football link is ever established, the league is dead in the water. If that link happens to be proven while they’re in the middle of a long, drawn out battle with their former employees, that much the worse.

Football is fun. Football is also dangerous. There’s the very real possibility that football as we know it might be as archaic as the phonograph in the next fifty years. For fun, here’s a video of an average person lining up against an NFL defensive tackle. Jump ahead to 4:00 minutes to see what happens.