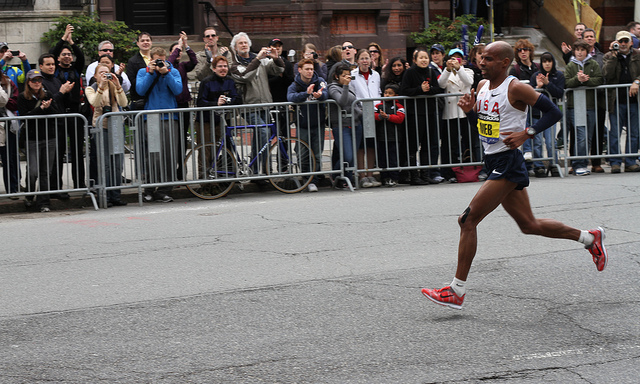 For the first time in 31 years, an American won the Boston Marathon. That’s him up there — Meb Keflezighi. With a final time of 2 hours, 8 minutes, and 37 seconds, Meb became the first person to finish the 2014 Boston Marathon, and the first complete Boston Marathon since 2012, as last year’s event was interrupted by explosives that detonated near the finish line. While Keflezighi didn’t race in that contest, he was in the stands as a spectator.

“When the bomb exploded, every day since I’ve wanted to come back and win it. I wanted to win it for the people of Boston. It’s beyond words. The laurel wreath, the trophy,” Keflezighi told USA Today, referencing the Boston Red Sox’s touching memorial after they won the World Series. “I’m blessed to be an American and God Bless America and Boston on this special day, Patriots Day. I could not think of a better day than for it to happen.”  But there’s more to Meb Keflezighi than winning the 2014 Boston Marathon. 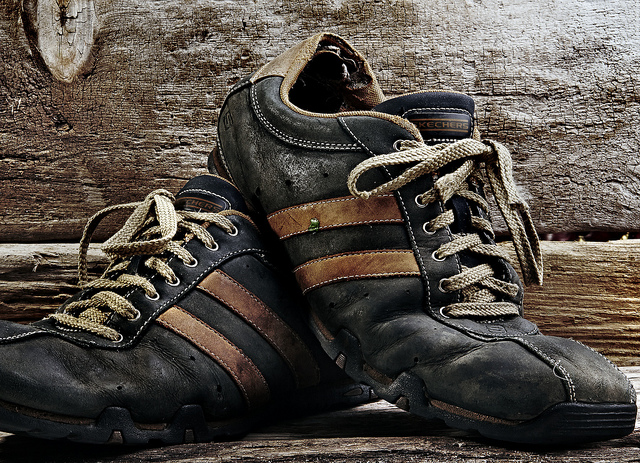 This may come as no surprise to you even if you’ve never paid the slightest bit of attention to running or runners, but many of the world’s fastest people discover their innate speed and ability early on. Keflezighi, who moved to the United States as a refugee in 1987 at the age of 12, ran track in middle school, high school, and college. Competing at a national level, Meb caught the attention of Nike, but parted ways with the company in 2011 when Sketchers swooped in and signed him.

At the time of the signing, Sketchers had reportedly ignored the standard practice of diminishing earnings for lesser results, or, as Sketchers President Leonard Armato told The Wall Street Journal in 2011, “We’re entering the market and we want to be sensitive to athletes who have been underserved [and] saddled with these standard-form contracts.”

2. This isn’t his first marathon win

While this is the first time he’s won the Boston Marathon and only the fifth time someone who wasn’t from Kenya has snagged the first place since 1991, Keflezighi’s been racing in long distance races since 2001 when he won his first USA Cross Country race, and he finished 2nd in the 2004 Summer Olympics as a marathon runner for team USA. Meb finally pulled down a first place position in the 2009 New York Marathon. 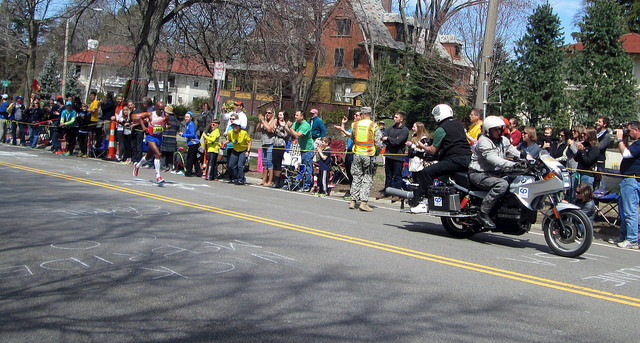 A long time ago, actually. Run to Overcome was released in 2010 and charts Keflezighi’s journey from what was then Ethiopia (now Eritrea) to breaking his hip — which, it turns out, makes running really hard — to winning the New York Marathon. Even if you’re just hearing about Meb and his career for the first time, he’s been a professional runner for much longer than just this weekend. While the book is certainly worth reading, Sketchers’ five minute flash documentary about Meb, which centers around his training for the 2012 London Olympics (he finished fourth), is a really interesting viewing experience.

4. He trains by running behind a bike going 12 miles an hour

The math-savvy have already figured out that running a marathon in just over two hours means that you’re running at about thirteen miles per hour. That’s fast, and that’s very fast when the prospect becomes “do this for two hours.” So what does a career runner, who is paid to be fast, do in order to prep? Runs behind a pace-keeping bicycle. If twelve or thirteen miles an hour behind a bike doesn’t seem like a massive accomplishment, try it sometime. Then try it for a couple hours. On the plus side, his “refueling” meal looks delicious (check out 4:50 in this video.)