After such a grueling season on the gridiron, the NFL pays tribute to its best players by selecting them to the coveted Pro Bowl, professional football’s version of the all-star game. Throughout history, it has had various names — it was first known as the “Pro All-Star Game” in 1939. Although it was set up differently for a few decades, the contest eventually evolved into a match between the top stars in the American Football Conference (or, AFC) and the National Football Conference (or, NFC) in 1971, a format that had lasted for 42 years.

But this year, the league decided to try something new and change up the rosters. The players were placed in a fantasy-style draft pool, allowing alumni captains (and hall of famers) Jerry Rice and Deion Sanders to pick their team members. Much like other all-star games, the Pro Bowl broadcast does not get good ratings compared to the regular season.

However, the audience is still so big that it pulls in more than enough viewers to beat its TV competitors. The NFL continues to keep the tradition going, and it keeps the fans happy. Nevertheless, there are some pros and cons to having the Pro Bowl as a yearly sports event. Here are just a few.

Pro: It’s an honor for the players

Coaches, fans, and even the athletes themselves all have a say about who is chosen for the Pro Bowl. Each of the group’s ballots makes up one third of the total votes. So, being picked to take part in the game is surely revered in the football world. Also, the elite athletes who receive the honor numerous times have a good chance of being a part of the Pro Football Hall of Fame. Players like tight end Tony Gonzalez and cornerback Champ Bailey are sure to be good future examples. 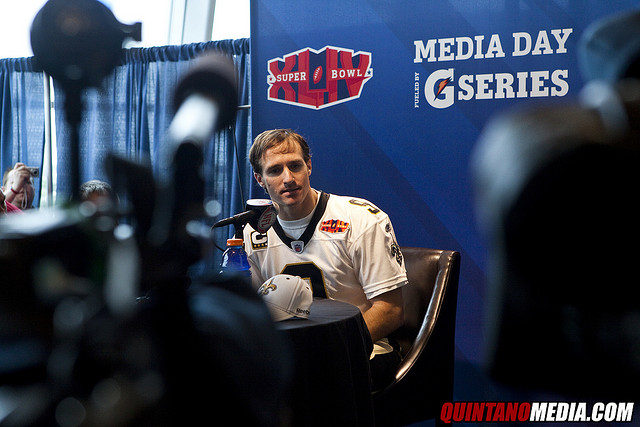 As we already know, football is a barbaric sport where catastrophic injuries are very common. So it comes as no surprise that some players are concerned for their physical wellbeing in a game that is basically meaningless. A few of them actually skip it and just enjoy the perks of the selection. Sometimes, the risk just may not be worth it. In the case of someone like New Orleans Saints quarterback Drew Brees, he dislocated his elbow in the 2007 game. Though it was definitely a scare, his coaches breathed a sigh of relief when they found out it wasn’t serious. Otherwise, they could have lost the offensive centerpiece of their entire franchise.

The great thing about all-star games is the excitement for fans. It’s all about having some fun. They use it as an opportunity to wear their favorite football players’ jerseys, see all of the greatest sports stars and interact with them. People come out in strong numbers to take part in the weekend activities. An added bonus is that the competition is held at warm weather venues in the middle of winter. For 30 consecutive seasons (1980-2009), the games were played in Hawaii before making one stop in Miami. Since 2011, it has returned back to the aloha state.

Con: There’s a perceived “lack of effort” from players

A major criticism about the Pro Bowl involves the allegation that a lot of players show no effort and basically go through the motions on the field. In recent years, it had gotten so bad that NFL commissioner Roger Goodell actually showed public disappointment and even considered getting rid of the game altogether in 2012. “I really didn’t think that was the kind of football that we want to be demonstrating for our fans,” Goodell told ESPN. “And you heard it from the fans. The fans were actively booing in the stands. They didn’t like what they were seeing.” Green Bay Packers star QB Aaron Rodgers also expressed his dismay for the poor play, saying some of the guys from his NFC team “embarrassed themselves.”