Unlucky is not a word that’s often associated with Miami Heat forward and reigning NBA MVP LeBron James. James, as one of the 450-odd professional basketball players in the National Basketball Association, has more or less won the lottery in terms of genetics and physicality. Then, of course, there’s the fact that he’s arguably the best player in the NBA, and then there’s the fact that basketball is probably the most athletically awesome sport that’s featured on available television channels. LeBron James has pretty much all of it going for him.

He said as much at the end of last season when he won his second consecutive Finals MVP Award. “I’m from the inner city, I’m not even supposed to be here,” he told ESPN’s Doris Burke at the conclusion of the series. He’s right — statistically and socioeconomically speaking. LeBron James is, in many ways, an unmitigated, untouchable success.

There are, however, some things that LeBron James has to deal with that seem extraordinarily awful in terms of bad timing and sheer misfortune, as far as his existence as an NBA player and public figure in 2014. Here’s four reasons why, in the right kind of light, LeBron James is nothing if not unlucky. 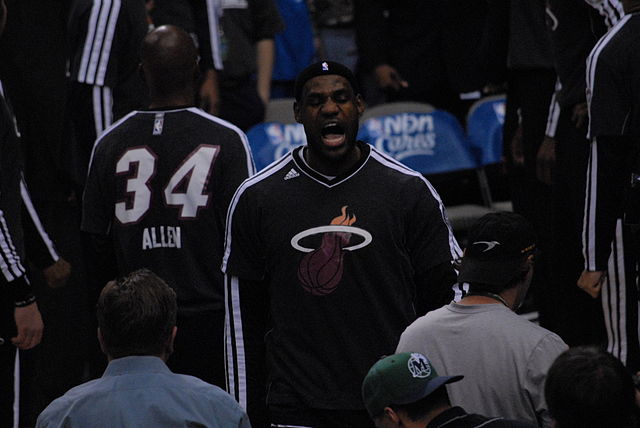 1. He’s a famous person in the social media age

That sucks. Think for a moment how much harder it is for any kind of famous person to have any sort of fun in a universe where TMZ’s watching your every move and everyone can tell you how much you suck on Twitter? Imagine, instead, the languid glory that surrounded people like Magic Johnson, Jerry Buss, and John F. Kennedy when things could be feasibly covered up and minor indiscretions were just that. When Jordan could punch teammates and gamble all night at the Olympics without a billion internet commentators hailing down condescending protestations that inevitably include the word ‘should.’

Well, maybe not, but you get the idea. LeBron wouldn’t be able to transition into a lovable basketball analyst if he threw someone through a bar window. He’d never be able to recover from being kicked out of the league for using meth. Further, he’d never be able to go out in public again if he was caught on air saying he hated gay people. Back in the day, it was possible to keep some separation of private and public life for the famous. For better or worse, LeBron’s never going to have that. 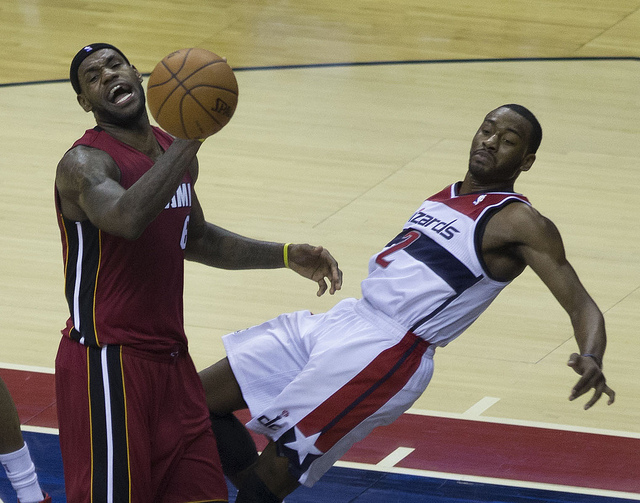 2. He’s always destined to be wrong

When LeBron James talks, people listen. When LeBron James makes lists, people read those lists. When LeBron James offers an opinion on the Mount Rushmore of Basketball — a conceit that is entirely ridiculous, as any game that features such a rich historical tapestry of astonishing feats of athleticism couldn’t possibly be boiled down to four ‘most important’ figureheads anyway — everyone and their mother is going to talk about it.

LeBron laid down his (perfectly defensible) Mt. Rushmore back in February. ”The easy three that we all talk about in our league — you’ve got Michael Jordan, you got Larry Bird, and you’ve got Magic Johnson. And I would say the fourth … wow, this is so tough. The greatest players of all time that I’d like to see on Mount Rushmore? This is not fair … Oscar Robertson.” That’s his exact quote. He also said that he’d be counted among the top for or five players of all time by the end of his career. Bill Russell sniped at James for leaving him off a couple days later.

Now, at the end of March, Kareem — who was also left off  of James’s list — was goaded into giving his two cents about it. “LeBron James was talking about how he’s the best ever, but he never saw Wilt play,” the center told The Los Angeles Daily News. “If he had, he wouldn’t say that. Whenever he averages 55 points a game, then I might want to listen to what he has to say. I’m not trying to put LeBron down. He’s awesome. He’s the best player in this era at this point. But he didn’t see Bill Russell play. When his team wins eight consecutive NBA championships, maybe I’ll compare him to Bill Russell.” 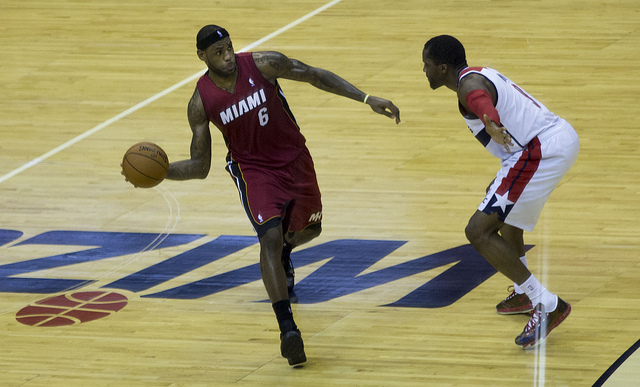 3. He’s coming on too late in the history of the game

Following up on Kareem’s point, LeBron’s essentially screwed when it comes to earning his rightful place in the NBA’s hierarchy. So much of it is ensconced in history already — from Wilt and the 100-point game to the legends of Rucker Park to Dr. J and the bright colors of the ABA to Being Like Mike (by wearing Nike) and everything in between — that it’s difficult to really appreciate the awesomeness of any given NBA player until they’ve hung it up.

Consider Dirk Nowitzki, who just broke into the Top 12 All-Time scorer’s list. Everyone knows he’s bound for the Hall of Fame, but how much did we really appreciate him while he was toiling away, racking up all those points on those 50 win Dallas teams? We remembered him for choking away a series to Dwyane Wade, Shaquille O’Neal, and the referees in 2006, and for that picture of him and Steve Nash in cowboy hats (somehow, we collectively forgot about his acoustic duet with Steve Nash that we’ve featured below.) Everyone knew Dirk was good, but we collectively resisted annointing him a Hall of Famer until the twilight of his career.

That’s happening with LeBron. Sort of. According to Basketball-reference’s algorithm, James has a 99.99 percent chance of making the Hall of Fame. Since he’s, you know, a great player. But he won’t be spoken of reverently until long after his career’s over. People will remember ‘The Decision,’ and choking, and all that stuff — there’ll be no Larry Bird calling him “god in basketball shoes,” even though Bird could do that.

Here’s that song by Steve Nash and Dirk Nowitzki. 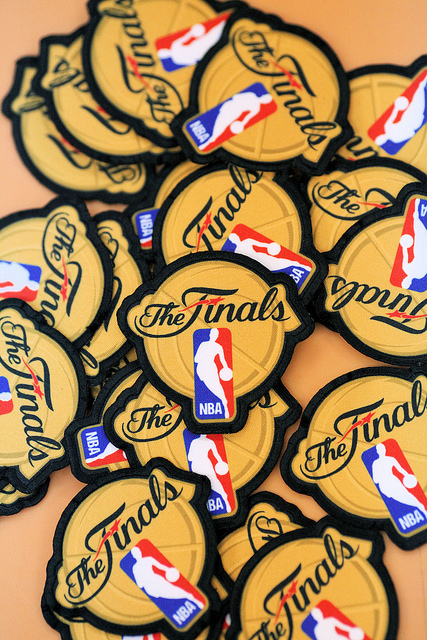 4. The rest of the field is only getting stronger

In 2007, James singlehandedly carried the Cleveland Cavaliers to the NBA Finals. Earlier that decade, the New Jersey Nets made the NBA Finals with Brian Scalabrine playing heavy minutes. Where are we going with this? The Eastern Conference has not been a hotbed of great teams battling it out well into march for playoff position. When Bosh, Wade, and James followed the Boston Celtics model and teamed up in 2010, they swung the scales into two camps — the Celtics and the Heat. No other team was realistically going to come out of the East. No other team had the firepower.

In 2014, that’s not the case. The Indiana Pacers have finally shown that they can be a real threat, likely ending up with the first seed in the East and having one of the most talented benches in the league. The Brooklyn Celtics — sorry, the Brooklyn Nets featuring Paul Pierce and Kevin Garnett — have matched up well with the Heat too, and could reasonably pull off an upset in a seven game series against Miami. Chicago is still Chicago — even if they have to resort to playing Jimmer Fredette. James’s real legacy, the one that would cement him in the mountains that he’s after, depends on winning more than two NBA Championships, and it looks like he’s about to go for No. 3 just as the talent comes back into his conference — since LeBron James, the best player in the NBA, is still kind of unlucky.