There aren’t many industries that are as familiar with vast sums of wealth vested on very public persons as professional sports. Sure, there are movie stars, but a big part of why pro athletes are paid so well is that they become a pervasive backdrop to everyday life. They become benchmarks for our lives — that’s why stories about seminal sporting events are often prefaced with “I remember where I was when,” because they’re instances and happenings that become measurements for time.

That’s a longwinded way of say that a lot of these guys make a ton of money. A metric ton of money. Sometimes many metrics worth of dough — and they’re absolutely deserving of it, even if their only qualification is winning a genetic lottery. According to Fortune, the ones who are at the top of the list all have fairly familiar names.

So, these pro athletes that make a lot of money keep making a lot of money. The sun rises in the East, and the Minnesota Timberwolves lose a talented Power Forward named Kevin. Read on for the five U.S. athletes that were paid the most money to do what they do in 2014.

Peyton Manning, the face of the best offense in NFL history, was no slouch when it came to raking in dollars. At 38, Manning is the oldest athlete on this list, and he’s still making a million dollars (and change) for every birthday he’s celebrated. Not bad, not bad. What’s more surprising about Manning, given how ubiquitous he is in advertisements and how free he’s been with his image, is how little he makes from his endorsements. Little, of course, is relative, but of that $37 million, a whopping $25 million of it came from his salary with the Broncos, leaving only $12.5 from the Papa Johns gig, the Buick deal, and this DirectTV Masterpiece:

Rodgers, like Manning, is everywhere on television during football season: you could barely go one commercial break during a game without seeing some reference to his State Farm ad campaign, featuring his title belt touchdown gesture (and recapitulated as a “Discount Doublecheck,” delivered in a variety of Midwestern accents.) So it’s surprising that Rodgers makes less than half of what Manning does in endorsements, a paltry (again, relative) $5.8 million.

On the other hand, that means that Rodgers, who’s new deal with his lifelong NFL team included a $35 million signing bonus, is making a metric ton of money to play for the Packers. Given that he’s brought them one Super Bowl ring already, it seems to be money well spent for the team. 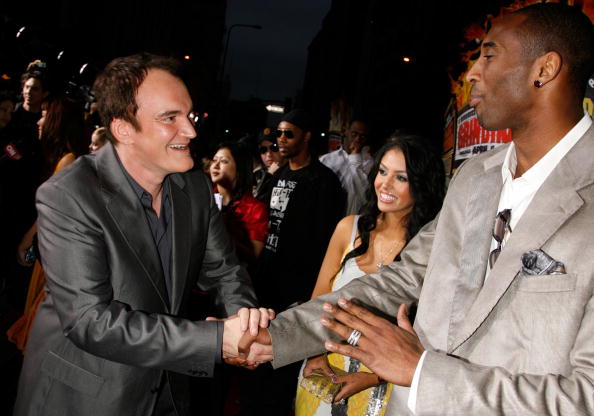 To recap Kobe’s disaster of a season in brief, he unsuccessfully came back from a torn Achilles’ tendon to play exactly six games of NBA basketball in the 2013-2014 season. That means Kobe Bryant, star basketball player, was paid $8.4 million dollars for each game he played this year. That seems excessive, even for Kobe.

Of course, that’s not fair to Bryant or to the Lakers — Kobe’s been their greatest homegrown talent since Magic Johnson, and his fiscal contributions to the purple and gold far exceed his salary from the team, even if he is the NBA’s highest paid player, raking in $30.4 million in salary from the Lakers. A number, by the way, which is more than Tim Duncan, Tony Parker, and Manu Ginóbili made this year — combined. Add in the $20 million Bryant pulled in from his endorsements, and you’ve got the second highest paid NBA player in the world. Second only to:

If this were a Kung Fu movie about marketability, this would be the scene where the student had surpassed the master. While Kobe Bryant emerged as the most enduring face of the NBA in the post-Jordan vacuum, he’s no longer the most popular player on the planet. That’s most evident when you consider that James, who made less than two thirds of what Kobe did this year in NBA salary (despite playing in 71 more games) but nearly doubled number 24?s income on the endorsement front. While LeBron has secretly been better than Kobe for a while now, its only recently that Bryant’s decline has become tangible.

Its a common fad among basketball and football fans, who are cheering for athletes that are heavily bound by salary cap constrictions, to estimate how much money the biggest stars — like LeBron or Kobe — would make on a truly open market. Best guess is they’d probably still make less than Floyd Mayweather, who didn’t come by the nickname ‘Money’ lightly. According to Fortune, who compiled all these estimates by “(pre-tax) salary, winnings, bonuses, and paid endorsements,” and sourced them through players’ agents and marketing experts, Mayweather made $70 million on one fight: his match against Maidana last month.

Again, that’s from one fight. That doesn’t even begin to cover his various endorsements, his gambling (Mayweather, who may or may not have bet almost $6 million on the Miami Heat last year, is a very visible when it comes to playing the odds), and other sources of revenue. While LeBron James still wants to become a billionaire, he’s got a long way to go before he catches up to Floyd.