The year 1946 was an important one in many respects, with one of them being the hiring of the first international player in the National Basketball Association: Henry Biasatti, who was born in Italy and raised in Canada. Sixty-eight years later, the 2013-2014 season opened with a record 92 international players on NBA rosters — more than 20 percent of the league. But not only are they in the league, they’re thriving, too. Here are the five highest-paid foreign players of the season. 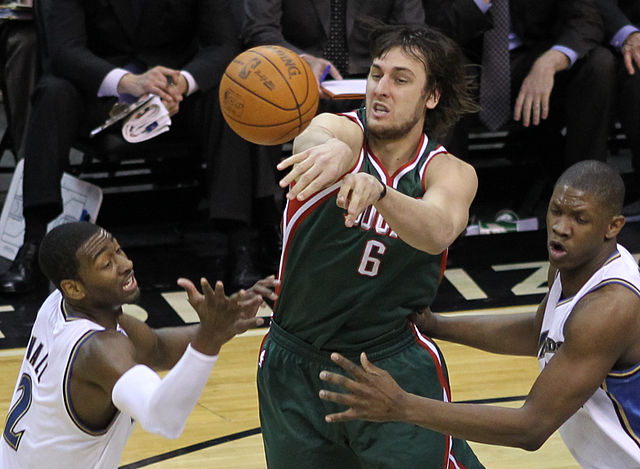 Though an Australian native, Bogut’s parents are Croatian, and the 7-foot center has admitted to modeling his game after another Croat’s — yes, we’re talking about Tony Kukoc. Stats this season for Bogut thus far are 8.1 points, 10.2 rebounds, and 1.7 blocks per game. In his two seasons with Golden State, Bogut is also 100 percent from behind the 3-point line (hint: he’s only taken one). Unofficially, a healthy Bogut is an excellent defender and an oft-comedic tweeter: “Cleveland easily wins ‘the most people waiting outside of the hotel for autographs to sell on eBay’ award. That + its 5 deg (40f) #dedication.” 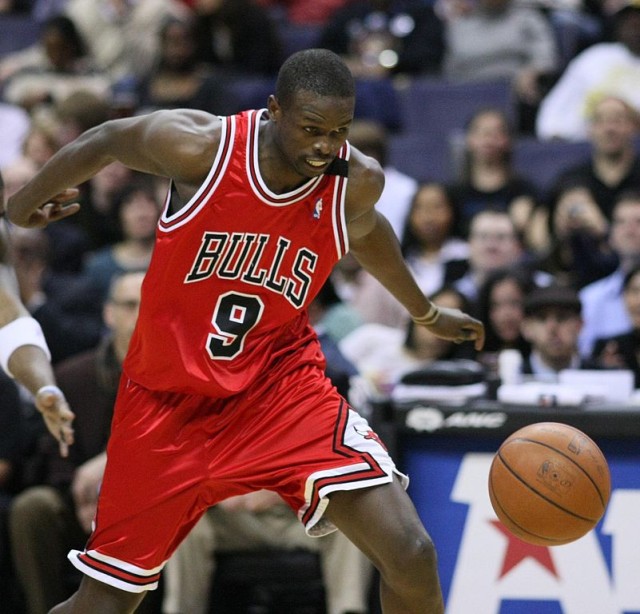 4. Luol Deng, born in Sudan and later immigrated to the U.K.

Deng, who was offered a non-negotiable, three-year $30 million contract last week from Chicago Bulls GM Gar Forman that was swiftly rejected, was traded to Cleveland and will spend the rest of his season there. Arguably an injury-prone player, Deng is undoubtedly an asset to any team, averaging 19 points, 3.7 assists, and 6.9 rebounds this season. “It took a while to hit me,” Deng said of the trade to reporters. “But it’s not like I’m stopping from playing basketball. I’ve been traded from one great organization to another one.”

Though he is in the final year of his contract and eligible for free agency this summer, Deng has expressed a willingness to entertain a long-term contract with the Cavs. Fun fact: Deng has worn the No. 9 jersey since entering the NBA as a tribute to his mother, Martha, who had nine children. 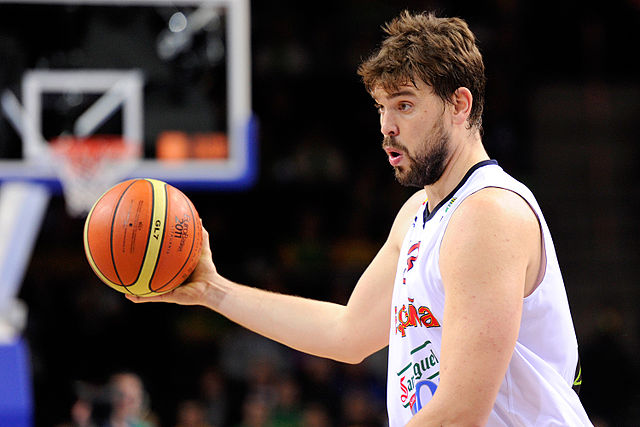 Though big brother Pau remains the Grizzlies’ all-time leading scorer after playing in Memphis for seven seasons (2001-2008), Marc “The Big Burrito” has made his own waves at the franchise. A five-year veteran of the league, Gasol has led the Grizzlies in blocks per game every season since joining the NBA. He was the NBA’s Defensive Player of the Year for 2012-2013, and he’s averaging 16 points, 7.1 rebounds, and 4.3 assists this season, though he’s currently sidelined with a knee injury. 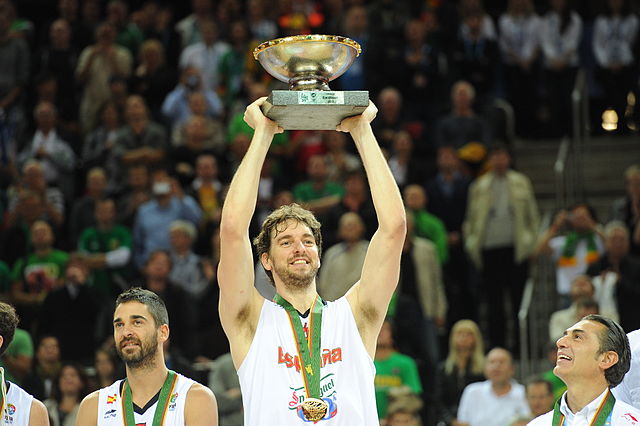 After 12 years in the league, “The Meal Ticket” Gasol still boasts respectable numbers: 15.8 points, 9.7 rebounds, and 1.5 blocks — not his best, but not terrible, either. With an expiring contract this season, it remains to be seen what the Lakers front office will do with the big man. Talks of a trade are a hot topic, and Gasol even (erroneously) learned through checking his Twitter feed during the intermission of The Lion King that he’d been traded. My favorite part of that story? This quote: “It was a really good musical. I enjoyed it. I brought my parents and my little brother. It was a nice family time. But that kind of affected a little bit, the rest of the show.” 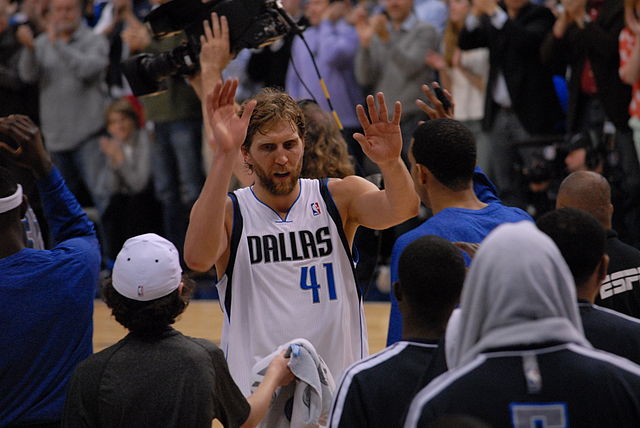 Like a fine German wine, Dirk seems to only be getting better — well, at least not worse — with age. After 15 years in the league, he’s averaging approximately 21 points per game this season, putting him on the short list of top players in NBA history to average 20 points after turning 35. His true shooting percentage is a respectable .584, and he recently became 13th on the league’s all-time leading scorer list. Also, he does a respectable Ron Burgundy impression. Dirk? Worth every penny.