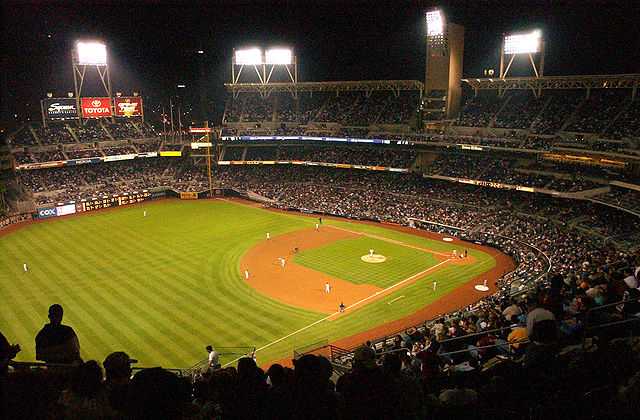 Was it wise for the Mariners to spend $240 million for 10 years on Robinson Cano? Were the Yankees insane to write a check for $155 million to a pitcher who’s never stepped onto a Major League Baseball mound? How can anyone — even Clayton Kershaw — deliver value on a contract worth over $30 million per year?

Only time will tell, though it’s been incredibly hard for clubs to get an honest return for the wild investments they’ve made in star players over the past 15 years. You only need to glance at the contract terms of Alex Rodriguez, Albert Pujols, and Barry Zito to recall a few free agent deals that became nightmares for management. If there is anything at all to learn from these deals, it’s not to pay big money for star players who will end up over 40 (as the Mariners did with Cano), don’t invest heavily in an unproven entity (as the Yankees did with Tanaka), and don’t saddle your franchise with an enormous contract, no matter the player (as the Dodgers did with Kershaw).

Yet, there’s a flip side to free agent signings. Whether they involve players who exceeded their promise or ballyhooed stars who met their sky-high expectations, there are several examples of MLB players who delivered a real return on the investment their teams’ owners made in them. One recipient of this rare gift was George Steinbrenner.

Here are five baseball players who managed to shut out the pressure and perform at the level they were paid to do. Contracts considered were from 1999 or later. 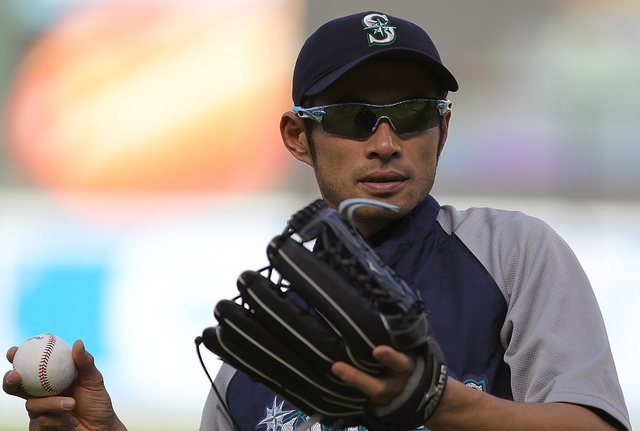 Ichiro Suzuki may have tormented Japanese pitchers for the greater part of a decade (once hitting .387 in Japan), but in 2001 he had never faced a Major League pitcher. The Mariners were taking somewhat of a risk by signing Ichiro to a 3-year deal worth $27 million, as no everyday player had ever made it in the big leagues. That was about to change.

Ichiro became an instant sensation playing in Seattle, hitting .350 with 242 hits in his first year and leading his team to the American League Championship Series. He won both AL Rookie of the Year and Most Valuable Player awards that year, shocked the game with his base-running skills, and proved to be the a bona fide force in the outfield. He followed it up with two more seasons averaging 210 hits, batting .317 overall.

While $9 million per year would be more than justified for those three years, the vagaries of Japanese contracts make it a far more valuable investment. Included in the $27 million was the $13 million posting fee the Mariners paid Ichiro’s team for the right to negotiate. That means Ichiro made $14 million for those three brilliant seasons. He’d probably earn over $70 million for the same performance on today’s market. 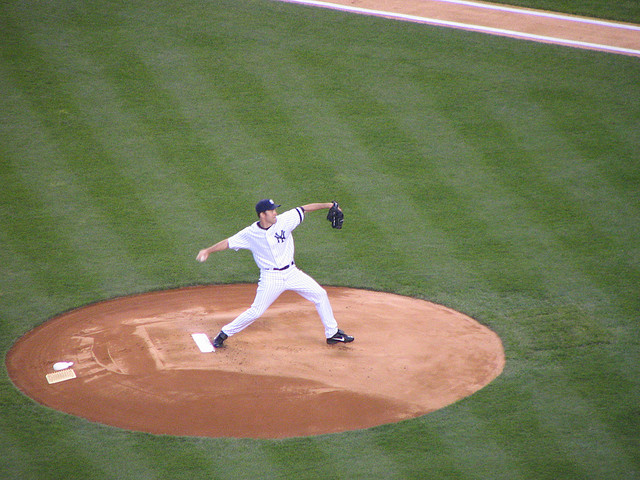 The New York Yankees were fresh off their third straight World Series win in 2000 before deciding to add a few choice logs to the dynasty’s fire in hopes of getting a few more titles. That led to the signing of Mike Mussina, who baffled the Yankees for years as a member of the AL East rival Orioles. The price tag was high for the time: $88.5 million for 6 years in pinstripes.

Over the course of that six-year deal, Mussina was one of the most durable and effective pitchers the Yankees have ever inked to a free-agent deal. You could hear the familiar “Moose” call just about every fifth day at old Yankee Stadium as the righthander put together a record of 93-53 while averaging 200 innings and 30 starts per season, winning two Gold Gloves and placing fifth in Cy Young voting in 2001.

The Yankees offered a similar deal to A.J. Burnett in his prime, only to be rewarded with a disaster. Mussina’s signing was one of the most valuable.

When the Red Sox had Manny Ramirez in left field at Fenway Park, there were many negatives to juggle on a daily basis. They all went away once Ramirez stepped to the plate. Ramirez turned out to be one of the most lethal hitters of his generation, which is what the Red Sox paid for at $160 million over 8 years. Contracts in the $20 million range simply didn’t exist for players not named Alex Rodriguez in 2001.

That meant the Red Sox had to deal with “Manny being Manny” for eight long years. It included violent confrontations with team staff, lapses where Ramirez seemed to disappear, and one report where he was said to urinate inside the Green Monster in the middle of a game.

Yet Ramirez was an All-Star every year he played for Boston, winning a batting title in 2002 and placing in the top five in MVP voting from 2001 through 2005. The Red Sox would have gladly thrown all that out the window in exchange for his 2004 World Series performance, for which Ramirez nabbed MVP honors. In fact, they wouldn’t have taken home their second title in 90 years, either, were it not for Manny Being Manny throughout the 2007 season.

Though the relationship between the Red Sox and Manny spiraled out of control in the contract’s final year, Ramirez had by then solidified his place as one of Boston’s all time greats. He earned every penny the Red Sox paid him. 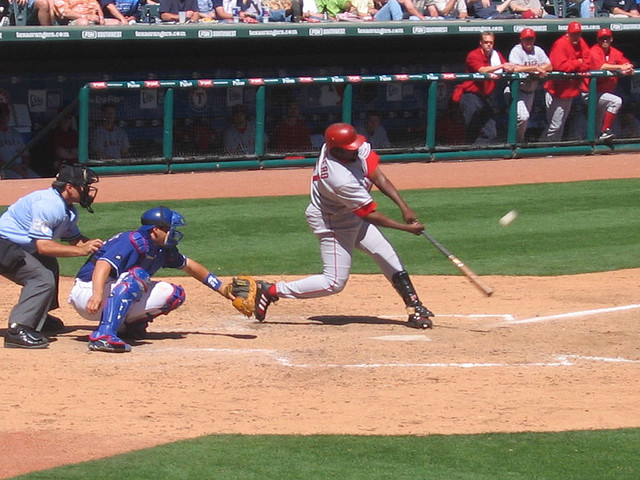 Vladimir Guerrero delivered his show-stopping performances as “Vlad the Impaler” for the now-defunct Montreal Expos through 2003. When his time came for a free-agent deal, the Angels jumped at the chance to add the high-average, big-power player to their team in 2004. Guerrero signed a 5-year deal worth $70 million.

In retrospect, that sum was a steal. Vlad quickly made his presence felt in 2004 when he hit .337 and blasted 39 home runs in his AL MVP campaign. Throughout the remainder of his contract with Anaheim/L.A., Guerrero averaged well over 30 home runs and 100 runs batted in every season while hitting .322 for the five years. At $14 million per season, his production made the salary seem low.

Guerrero was always known for his aggression, which exemplified the old saying that you “hit your way off the island” rather than show patience to attract scouts in the Dominican Republic. Vlad the Impaler crushed the ball for five years in Anaheim and paid Angels owner Arte Moreno back handsomely for his investment. 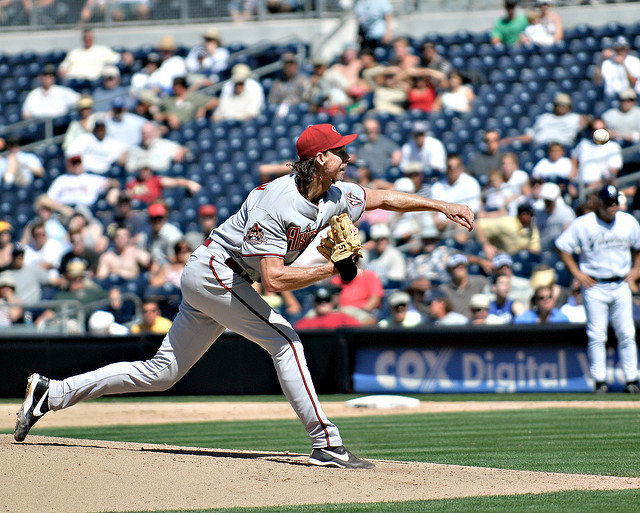 When the Diamondbacks inked Randy Johnson to a 4-year deal worth $53 million in 1999, the Big Unit’s legend was only partly written. Question marks lingered, especially considering it was a high sum for any player, let alone a pitcher who was 34 years old and had injury problems. Johnson’s utter domination of National League hitters after being traded to Houston in his walk year of 1998 helped bump up the price, but it was never close to his real value.

The Big Unit proceeded to win four straight Cy Young awards in the four years he spent in Arizona, averaging over 350 strikeouts per year while posting a record of 81-27. He had the best earned-run average in the National League for 3 of those 4 years, but to drive the value of his contract home, one can simply look at his 2001 World Series performance. On the game’s biggest stage, Johnson won 3 games in the 7-game series with the Yankees, including the deciding game, which he managed in relief. At about $13 million per season, that’s one of the greatest returns on any free agent signing of the past twenty years.