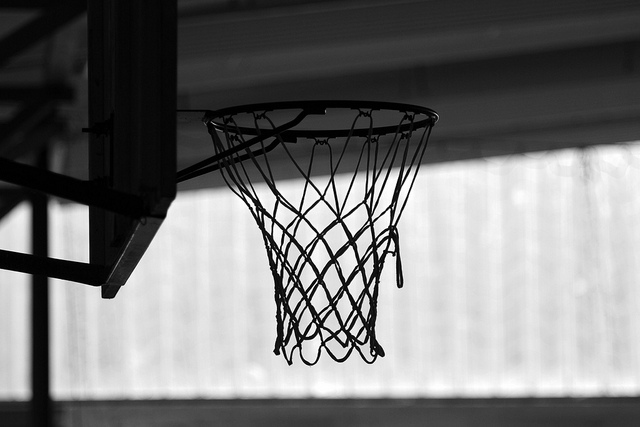 At the beginning of every National Basketball Association season, in the mind’s eye of every fan is the Larry O’Brien trophy being hoisted. Sometimes, if your team made a strong playoff push or acquired a key free agent the year before, this is a reasonable fantasy. If your team finished in the lottery and saw absolutely no player development, the daydream is more farfetched. Injuries are unpredictable, and even the most optimistic of forecasters can’t predict who will take it to the next level and who end up being a disappointment.

Regardless of the particulars, one universal truth holds steady: A bad team that makes a Cinderella run is infinitely more fun than a team that’s supposed to be good and falls on its face. Unless you’re into schadenfreude (which is fine). Part of rooting for one team means rooting against another, after all.

Now that we’re about halfway through the NBA season, with playoff berths vaguely beginning to take shape and the winners and losers being more clearly differentiated from each other, here are five teams that should’ve been more successful than they have been up to this point. For beleaguered fans, take heart — the trade deadline is only a month away, and the All-Star break will give you a nice respite from watching your teams underachieve. If your team isn’t on this list, just sit back and enjoy. 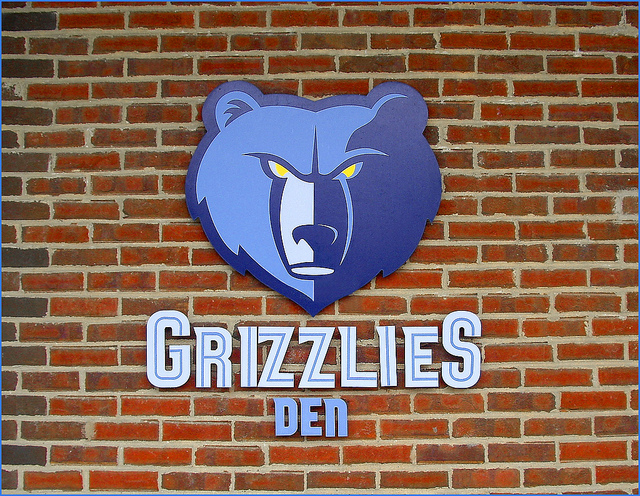 The Memphis Grizzlies, aka Grit ‘N Grind, aka The Grindhouse, aka one of the few teams in the NBA steadfastly holding on to the idea of low-post offense and a Twin Towers-style two true bigs. In the modern league, in which shots at the rim and shots from the 3-point line have been lionized and the stretch four on a rookie contract is becoming the best deal in the league (hi, Chandler Parsons), the Grizzlies stand out as a true small market oddity.

The Grizzlies made it all the way to the Western Conference Finals last year, where they were dispatched by the San Antonio Spurs. With Marc Gasol, Zach Randolph, and a heavy emphasis on defense , the Griz reloaded with a little more perimeter shooting via Mike Miller and, earlier this month, trading for Courtney Lee. With the playoffs as close to a given as they can be in the tightly contested Western Conference, Memphis got out the gate to a seriously disappointing record, dropping all divisional games to date and barely hovering at .500 — although some of that can be owed to Gasol suffering a torn MCL and missing a month of hoops.

With the season reaching the unofficial halfway mark of the All-Star Break, the Grizzlies seem poised to head either way at the playoff precipice. The team is currently tied with the Denver Nuggets for the ninth seed, three games behind the Phoenix Suns for the last playoff spot. A solid win streak would work wonders for the Grizzlies’ postseason ambitions, while more mediocrity could mire them on their couches come May. 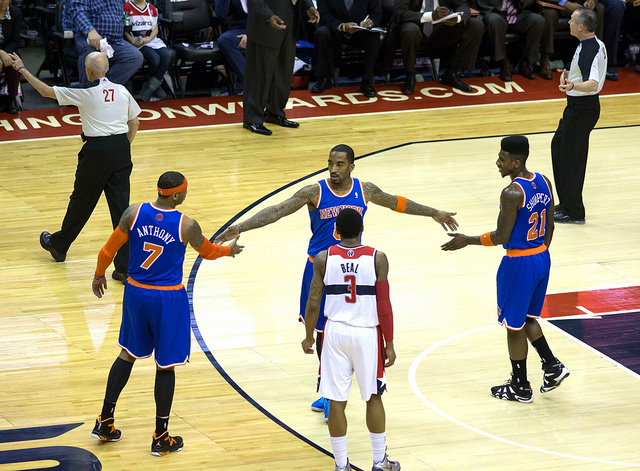 Poor Carmelo Anthony. He’s been overrated for so long that he’s in danger of becoming underrated: His reputation has been cemented with his second-best scoring in the league and a plethora of first-round exits. Dude just can’t seem to catch a break, and when you play in the basketball mecca of the United States, you’re not going to have anyone taking it easy on you when the going gets rough. ‘Melo probably knows that it’s not all his fault, but try telling that to the average fan — the one who just recently got turned on to advanced statistics or other Moneyball accoutrements — and you’ll get some serious eye rolls.

Think all the way back to 2011, when Amar’e Stoudemire was the best player on the New York Knicks, even parlaying himself — however briefly — into the MVP conversation. Amar’e used to be good at basketball. A’mare used to be worth his $100 million contract. Then he fell apart, and the Knicks gutted their team for ‘Melo.

It’s easy to forget just how much cap space Stoudemire is eating up on the bench. For what the Knicks are paying him this season, they could’ve afforded an All-Star point guard like Rajon Rondo and a defensive expert like Larry Sanders. Do you think the Knicks would be languishing 11 games under .500 if they were able to field a real roster?

Well, that might’ve still been possible. They are the Knicks, after all. This is kind of what they do. 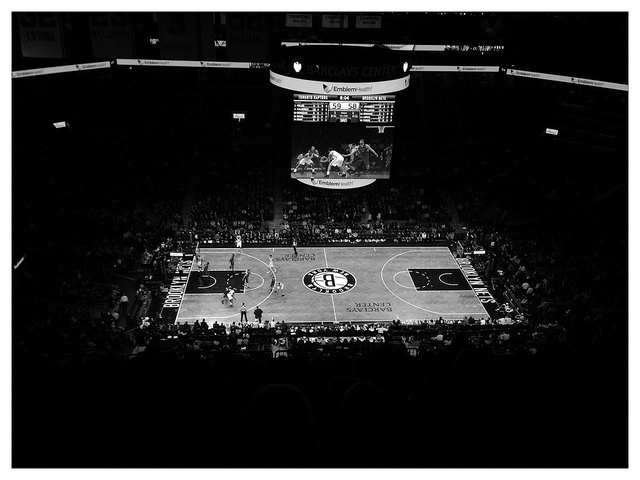 As the 2013 NBA Draft was unfolding, Brooklyn Nets General Manager Billy King and Boston Celtics GM Danny Ainge brokered a deal that sent Bill Simmons, an ESPN personality and the editor-in-chief of Grantland, who was covering the event live, into unrehearsed shock. Not the shock of a pundit or a talking head, but the shock of a fan watching his favorite team finally blow it up. When Boston sent Kevin Garnett, Paul Pierce, and Jason Terry to Brooklyn for Keith Bogans, MarShon Brooks, Gerald Wallace, and a feast-set-for-royalty in draft picks, his response was quick and succinct: “I hate it.”

But while Boston fans were mourning the departure of The Truth and The Big Ticket, Brooklyn fans were stoked. When Russian billionaire Mikhail Prokhorov purchased the team in 2010, he promised a championship within five years. A laughable claim at the time, on draft night it seemed like a real possibility — the starting lineup of Deron Williams, Joe Johnson, Paul Pierce, Kevin Garnett, and Brook Lopez was almost certainly the most talented, position to position, in the entire league. Half the basketball intelligentsia fell over themselves anointing the Nets champions, while the other half fell a little slower, cautioning that health was going to be the biggest factor for the team.

And health was, in a bad way. After starting with a strong couple of games, the Nets were decimated by injuries, losing Lopez to a broken foot for the season, watching Williams sit out with ankle problems … the nicks, knacks, and bruises piled up atop a seriously underachieving 17-22 record. While the Nets are still on track to make the playoffs, they are currently fighting to hold on to the seventh seed, decidedly not the elite team they were pegged to be at the outset of the season. 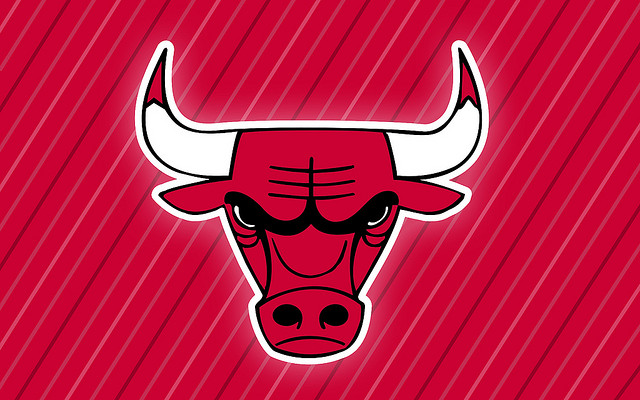 Another team decimated by injuries, the Chicago Bulls saga is directly tied to their franchise point guard, Derrick Rose. After sitting out the entirety of last season to heal a torn ACL suffered in the 2012 playoffs, Rose’s recovery was cruelly cut short after only 10 games, when he tore his meniscus in the same right knee and was later ruled out for the season. Chicago, a team with a notoriously cheap ownership (just ask Scottie Pippin), would pull the plug on the season shortly after, sending versatile wing Luol Deng to the Cleveland Cavaliers for the ghost of Andrew Bynum, who they cut immediately.

Looking to rebuild around Rose — whenever he returns — and talented center Joakim Noah, the Bulls have effectively been in a holding pattern since 2011, the year Rose became the youngest player in NBA history to win the MVP award, also signing a max contract. That the Bulls were handily defeated by Miami in the Eastern Conference Finals was seen as a speed bump, not a roadblock. They would grow together, get better, and ride their young superstar to contention for years to come.

Instead, they’re floating at .500 thanks to the demanding relentlessness of head coach Tom Thibodeau, who has never heard of taking a game off, and twiddling their thumbs. Just like last season, the Bulls will go as far as their grit and determination will take them, but in the NBA, especially in the postseason, talent tends to win out, and the Bulls are running short on that resource. 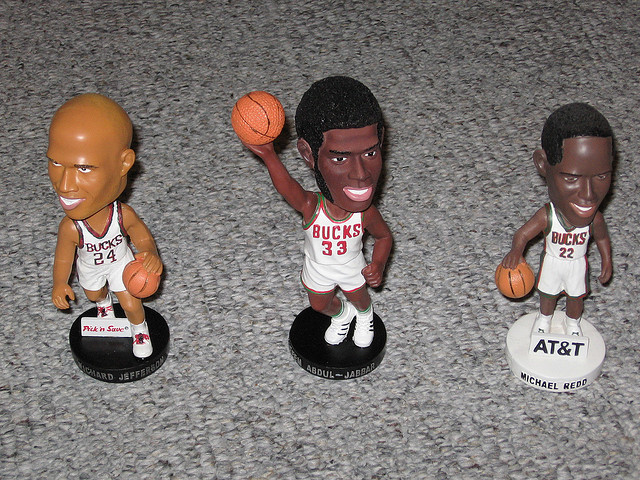 With the 2014 draft looking to be full of very talented players, many teams decided that a foray into the cellar would be the best way to improve their team. Management, ownership, and the fan bases reached a tacit agreement — we can be bad this year, as long as we get a high draft pick. Teams like the Philadelphia 76ers, Boston Celtics, and Utah Jazz actively got worse in the short term to try their luck at landing a franchise player.

The Milwaukee Bucks did not do that. The Milwaukee Bucks don’t do that. The Bucks have developed a reputation for treading water, which is a not-so-polite way to say that the team owner, former U.S. Sen. Herb Kohl, doesn’t believe in fielding a team built to intentionally lose. As a result, the Bucks tend to cycle through players year after year, trying new cycles to make it into the playoffs and possibly past the first round. After an ignominious sweep at the hands of the Miami Heat last year, the Bucks let shooting guard Monta Ellis leave for Dallas and traded point guard Brandon Jennings to the Detroit Pistons. Eventually, replacing almost their entire roster, Milwaukee reloaded to go for the postseason again in 2014.

The twist, of course, is that Milwaukee currently owns the worst record in the league, with the lone single-digit win column in the entire NBA. At this rate, they’ll finish the season around 17 wins, putting them in a prime seat to land one of the top three draft picks — the very same place they were trying so hard to avoid.