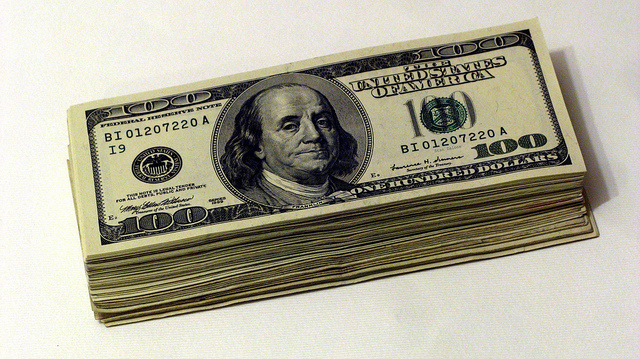 Fewer things lay claim on the vast swathes of sworn devotees than college football. Whether it’s because of the alma mater association, the relative (alleged) purity of the sport compared to the professional leagues, or simply the fact that the sport is more fun when there’s over a hundred thousand people in attendance. The largest football-only arena in Texas, a state which is to football as Tibet is to Buddhism, is not used by NFL teams but by the NCAA.

So, with the advent of the 2014 NFL Draft, we’ve decided to take a look at some of the numbers behind the veneer of amateurism — the fiscal concerns that make the unpaid play of college athletes one of the biggest controversies in American sports right now. While the light shone brightly on it during March Madness when Shabazz Napier was interviewed after helping his UConn Huskies win the title and copped to not having enough to eat, Northwestern’s football team also made waves when they brought up the idea of unionization to their school and the NCAA at large.

Thanks to ESPN The Magazine, a subset of the greater ESPN network and news outlet, data for the 2012-2013 NCAA’s football financials — how much teams earned, how much they spent on things, and so forth — have seen the light of day. Here’s five things that we thought were worth pointing out. If you want a link to ESPN’s interactive spending tables, that’ll be at the end. 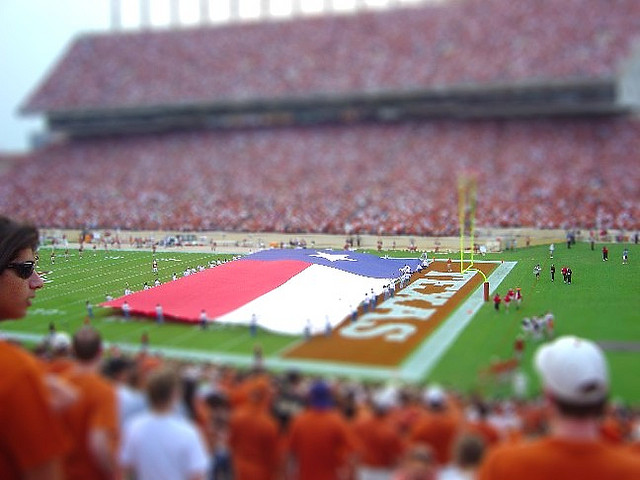 1. The Texas Longhorns are the biggest earners in college football

It’s not even close, really. Pulling in over $109 million in revenue, the Longhorns — who are the team that play in the Darrel K Royal stadium, the largest sports arena in Texas we mentioned — are a massive part of the university’s NCAA-leading $166 million sports income. With a lifetime record that’s over 70 percent titled to the win column (356-102 with 10 ties since it opened in 1924), the massive crowd looks to be full of diehard fans.

Surprisingly, the Longhorn’s make almost all their money from home games, regardless of sport. That $166 million? Only $560,500 of that came from their participation in away games. Again, that’s across all sports. So what looks like a nice chunk of change to most of us doesn’t even begin to emulate a drop in the bucket of the Texas football machine. Crazy.

2. Wisconsin has the most diverse sports income

Props to the Badgers for having a well-rounded NCAA income — out of the ten schools that were the top revenue earners, only Wisconsin brings in a majority of their cash from sports other than football. With the Badgers, a Division-1 school in the Big Ten conference, making it to at least the second round of March Madness every year except once (pour one out for the ’05-’06 squad) since 2001, it appears that a multi-athletic focus is key for the fans of UW. The hard numbers: they earned $50 million from football, $19 million from basketball, and $80 million from everything else — ESPN doesn’t explain what everything else is, unfortunately. Maybe they’ve got a killer curling team? 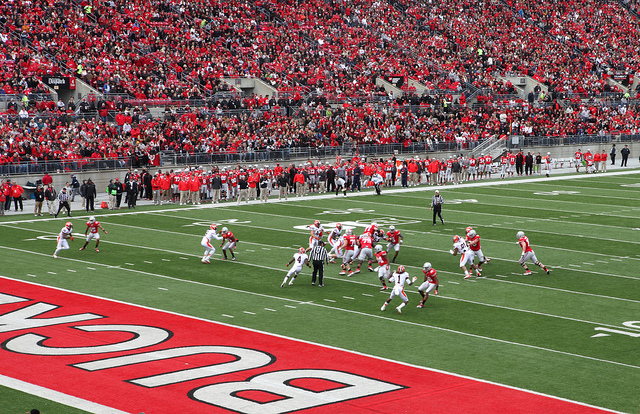 3. Ohio State is the only school that spends more than $5 million on visiting teams

It’s true. The Buckeyes drop almost $8 million on their competition — significantly more than their next closest compatriot, Minnesota — who spend $4.8 on their adversaries. It’s defined as “the $ paid to visiting teams” on the ESPN Table, but what does that figure include? ESPN was lamentably vague, but the best guess from around the Internet is that it pays for the opposing team’s travel, lodging, and accommodations. The rest of the top spenders, aka the teams you’d want to be playing against if only for their no-expenses spared policy: Wisconsin ($3.9 mil.), Missouri ($3.8), Michigan State ($3.6), Arkansas ($3.5), and LSU (also $3.5).

4. But Texas spends more than triple the amount of money of any other school on game day

Since – lame cliché alert — everything is bigger in Texas, the Longhorns put the rest of the NCAA to shame when it comes to game day. As in, the Longhorn’s game day expenses are higher than the second, third, and fourth most spend friendly teams combined. What exactly goes into their $25.5 million game day expenses isn’t exactly clear — at least, there isn’t a single definitive reason why it’s so much more expensive than Georgia, who spend $8.5 million, or Oklahoma, who spend an even $8 million.

It’s not just the stadium size, either — Michigan, who lay claim to the largest football arena in the country, spend just $3.4 on gameday expenses. In the absence of conclusive evidence, here’s some Longhorn highlights. Maybe some insight can be gleaned there. 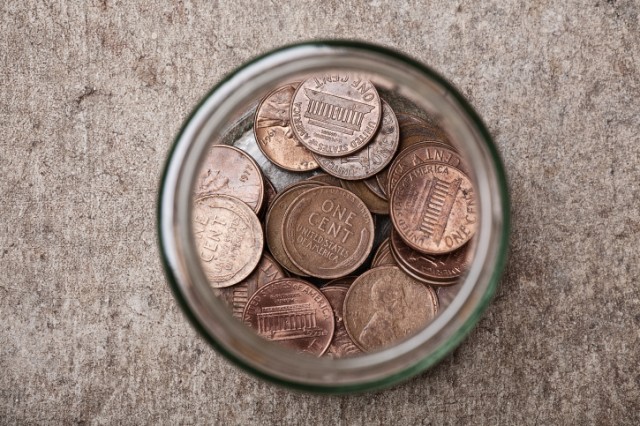 5. Six schools bring in at least $18 million in surplus

Why does anyone care about how much money the D-1 universities bring in? If they’re providing a product that people actively enjoy spending money on, more power to them, right? Free market?

Except for the fact that the NCAA remains the most visible institution, and especially the only non-profit institution, that puts such a stringent cap on what the source of its revenue (i.e. the players) can accept — not to mention it’s absurd and archaic. There’s a limit on how much free food NCAA players can eat, for example, in the form of gifts and payment. In that light, the fact that some of these schools pull in over $20 million in surplus (Alabama, Ohio State, and Oklahoma), while others like Texas, Florida, and Oregon make at least $18 million seems wrong.

For the full ESPN table, sorted by year, click here. Don’t be scared by the weird URL — it’s the same one ESPN links to in this article. It’s legit.