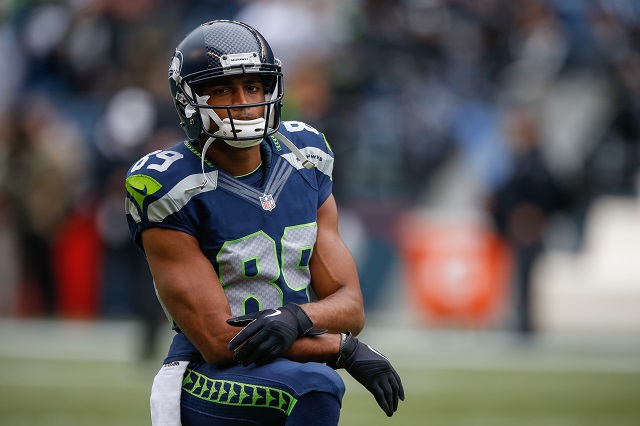 As you might expect in today’s day and age, their Q&A was captured on Youtube, and became kind of a big deal. It is funny, and hilarious, and you should definitely watch it (we’ve got it embedded below). You’ll notice after you watch it, though, that Cardboard Doug Baldwin is constrained to a pretty tight script. This is, friends, nothing less than a complete and utter sports outrage.  CDB deserves better. We deserve better. So, once you finish watching the “official press conference,” read on to see what we’d ask the CBD, if given the opportunity. 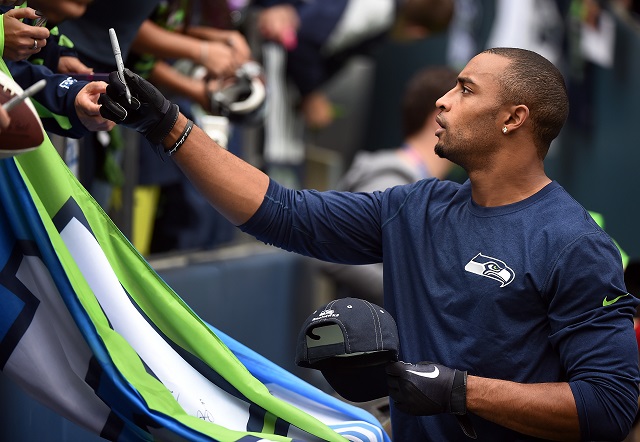 “Cardboard Doug Baldwin, if your girl was sick, would you also recommend that she take some Campbell’s Chunky Soup, or do you really prefer Progresso?” — This would be our first question, because we’d be curious to see how CBD deals with soup, as he’s made of cardboard, which would not seem to be very conducive toward having a positive relationship with any kind of broth. If our subject was uncooperative with the subject of soups, we would ask him “if he had any sideline favorites, perhaps, the way Mark Sanchez enjoys Philly’s chicken tenders?” We would then have to apologize to the cardboard wideout for comparing him to Mark Sanchez.

Turning to the serious stuff for our final three questions, we’d start off with the hard-hitting comparisons that never really got highlighted in the initial presser. First, we’d lead in with a bit of bait, asking him, “If anyone was ever to see the back of your jersey, would you be Doug Baldwin ‘Sr.’, ‘Jr.’, or ‘II’?” Then, lulled into a state of complacency by the humor, we’d strike, asking him, “Do you find it’s more difficult to get separation in coverage than your real life counterpart because you have no working arms?”

If we hadn’t been thrown out by then, we’d ask our parting query to Cardboard Doug Baldwin. There’s really only one thing we’re curious about, at any rate, when it comes to cutouts of professional athletes. With our interview looking over and our subject probably mute (since cutouts don’t have mouths), we’d need to ask him, “Which one of you would have the best claim to being the genuine article?” And then we’d wait for the silent nod that says “Me, obviously.”