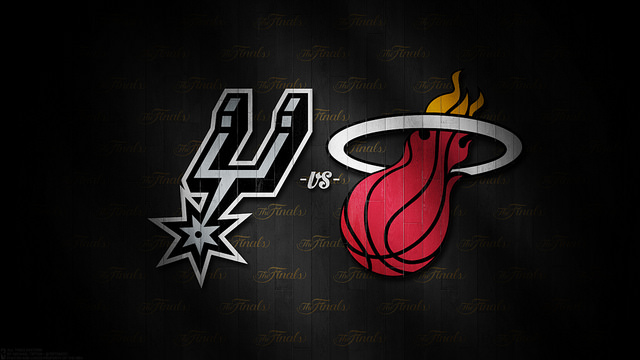 This year, the NBA finals between the Miami Heat and the San Antonio Spurs feels like déjà vu. It’s probably because it is — the same two teams met up at this time a year ago. As we know, the Heat took home the championship — albeit in thrilling fashion — and everybody was questioning the Spurs’ future. Would Tim Duncan come back another year? Would Manu Ginobili do the same? Well, those questions have been answered; the answer was yes.

And not only did the aging San Antonio roster all return, but they have put together a dominant playoff showing thus far. Duncan is playing like he’s 25 years old again, and head coach Greg Popovich is the magician you want leading your troops into battle. Now there a lot of story lines out there concerning this rivalry — just read any NBA-focused article. There’s a good reason for the hype: a hype built around two of the most dominant “Big Threes” in the history of the NBA. But there’s also some lesser-discussed common knowledge about this series and rivalry. Here are five things you probably did not know about this matchup.

1. The average age of Heat is older than that of the Spurs

There’s a perception that San Antonio is older team. Sure, Duncan has been playing in the league since 1997 and Ginobili and Parker are no spring chickens either. But when you look closer, the Spurs are younger as a whole — though not much. San Antonio’s total average age is 28.6 years old. Miami has an average of 30. 3. That’s almost two full years older. If you look at the Heat’s roster, you’ll notice more than a few wily veterans — take Ray Allen for example. But it’s guys like Shane Battier and Chris Anderson (both 35) that show Miami’s lack of youth.

Here’s an even crazier statistic: The Heat’s youngest player checks in at 24 years old. Considering we’re in the one-and-done era, that’s impressive (or unimpressive depending on how you view it). Some NBA teams have 20-year-old, straight-out-of-college stars playing 35 minutes a night. So yes, the Spurs have some bigger names who are on the older side. But as a whole, San Antonio is just as young as Miami (even younger, as the numbers don’t lie). 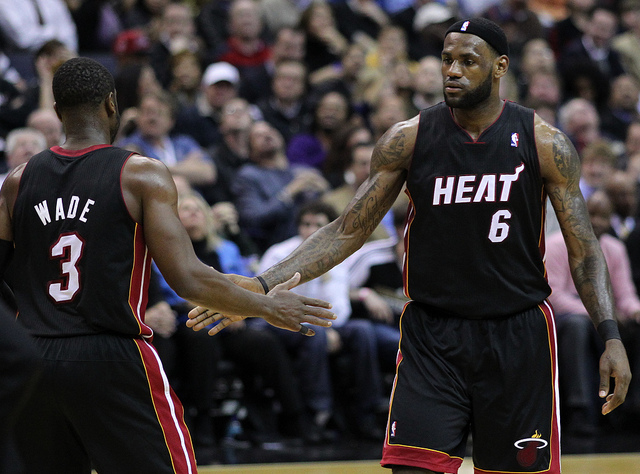 2. Streaks on the line

The Heat have a few streaks they are hoping to continue in this series. First, they are playing in their fourth-consecutive NBA finals. And the last team to make it to four-straight finals was the Boston Celtics from 1984-1987 (they won in ’84 and ’86). That Celtics team was nigh unstoppable — it was led by the likes of Larry Bird, Kevin McHale, and Danny Ainge. Just the fact that this year’s appearance puts the Heat in that same category is impressive in itself.

That’s not it for Miami, though. They are going for their third-straight NBA Championship, too. The last team to do that?  None other than the Los Angeles Lakers from 2000-2002. Just as the Celtics were so dominant, so was L.A. — the duo of Kobe Bryant and Shaquille O’Neal still is considered one of the best ever. Needless to say, this series has many historical implications.

We all remember in 2011 when the Dallas Mavericks captured the NBA title — the last time the Miami Heat lost in the title series. Well, point guard Jason Kidd was 38 years old that season and still managed an impressive performance in the finals. It’s not too often that a 38-year-old player still has what it takes to make an impact in such an important series as the NBA finals. Coincidentally, this series between Miami and San Antonio features two 38-year-olds; both of which will likely play an important role for their teams.

There’s Tim Duncan. This 38-year-old power forward certainly hasn’t played like he’s sneaking up on 40. “The Big Fundamental,” as he’s known as, has averaged 16.7 points and an even more impressive nine rebounds per game during the playoffs. On the other side of the ball, Miami has 38-year-old shooting guard Ray Allen. Who would’ve thought that sixteen years after Allen starred as Jesus Shuttlesworth in the hit movie He Got Game that he’d be chasing his third ring? Well, Allen has averaged 9.2 points per game on an impressive 38 percent shooting from behind the arc. He was a hero last season, and he might just need to do it again. When looking at Allen and Duncan, one thing comes to mind: there’s no such thing as too old. 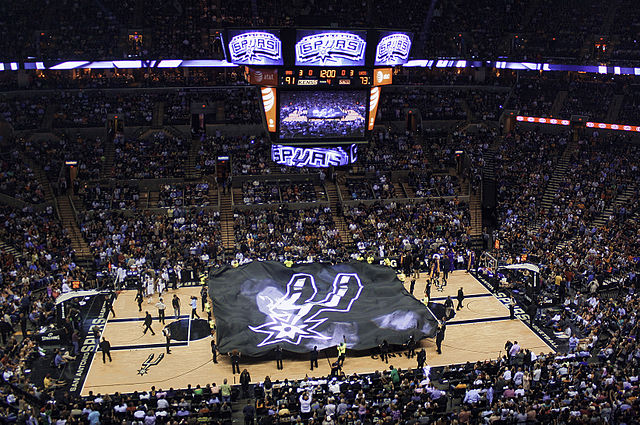 4. San Antonio’s big three has the most postseason wins (113) of anybody

5. Of current players in these finals, there have been seven Finals MVP awards

When a team is going into a seven-game series with an NBA title at stake, you want to have an experienced squad — you know, guys who’ve been there before. Well, that’s exactly what we’re getting with this one. According to Basketball Reference, four different players partaking in this title run have won at one least Finals MVP award. First, and not surprising, is Duncan. His three awards came in 1999, 2003, and 2005. If he somehow wins it again, that would give him four MVPs over a fifteen-year stretch — an incredible feat.

Second, and again, not surprisingly, is Lebron James. He has taken home the award the past two years (2012 and 2013), and will certainly be in consideration again if Miami wins. The remaining two players with one apiece are Dwayne Wade (2006) and Tony Parker (2007). Both Wade and Parker play integral roles in their respective teams, and if they up their present performances, could find themselves again earning the MVP. Looking past who might win the award, we look at who should. And that’s what makes this series so exciting — it’s chock-full of today’s stars and potential game-changers.