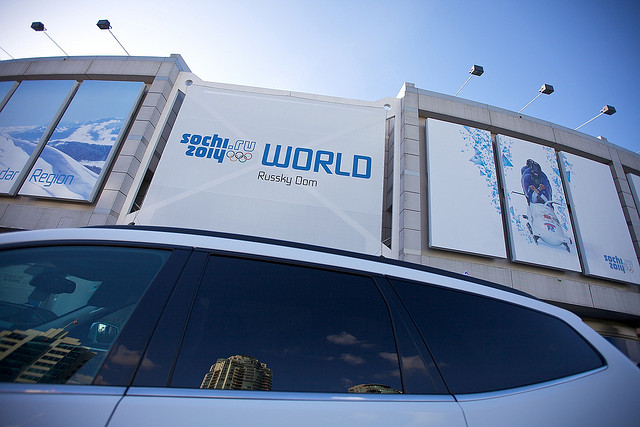 In just about a week, athletes from across the globe will descend on a small seaside resort town on the border of Georgia and Russia in order to take place in what is the 90th year of the official Winter Olympic Games; the first “International Winter Sports Week” was held in Chamonix, France, in 1924. It would later be dubbed the first Winter Olympic Games a year after it was held.

Since the United States is sending the largest winter team ever to Sochi — 230 in total — odds are, you’re not going to be able to remember all of the Olympians competing in 2014. And while some athletes like Bode Miller and Shaun White have become ubiquitous in their search for more gold medals, there are many fresh faces who haven’t received nearly as much face time in the tireless quest in the greatest competition on the face of the Earth.

There are also some notable absences, like alpine ski racer Lindsay Vonn (out due to injury) and speed skater Apolo Ohno (retired). And sadly, no one on the U.S. team is likely to touch our No. 1 choice for Olympian you should know: The Mexico ski team’s Hubertus von Hohenlohe, who NBC has — rather rightly — claimed as the most interesting Olympian in the world. While no one on team USA can lay claim to a background quite as rich as von Hohenlohe’s, this guide should help you keep your cheers aimed at the right people and your DVRs set to record the most exciting events. 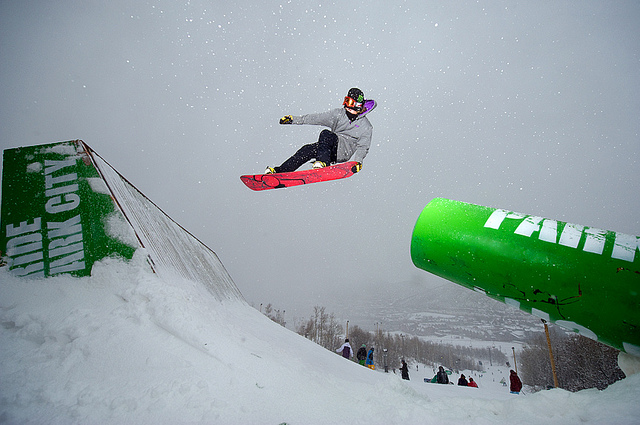 Slopestyle, a discipline within snowboarding that’s set to make its Olympic debut during the Sochi games, is fun. That’s kind of the name of the game with a judged sport that’s caught between shifting emphasis from technicality to style on a routine basis. The same debate — difficulty verses flair — has been making waves around snowboarding for a while now, but the 2013-2014 season seems to have made it a flashpoint, with snowboarder Danny Davis winning the X Games Halfpipe competition (a Sochi qualifier) with a pair of tricks that were decidedly low on difficulty but stratospheric when it comes to style.

Luckily for Sage Kotsenberg, he’s got style and skill in spades. The 20-year-old out of Park City, Utah, has been snowboarding since he was 5 and winning contests since 2008. You can catch his Olympic-qualifying runs at the Mammoth Grand Prix here, which will also help you get ready to enjoy some retired pro riders trying their best to moonlight as straight-laced NBC announcers.

Also, since the odds of anyone actually explaining the rules of slopestyle during the broadcast are relatively low, it’s probably a good idea to brush up on them here. The contestants are judged in three categories — amplitude: how high and how fast; difficulty (fairly self explanatory); and execution: how clean and controlled the trick was. This judging process is done for each trick as riders go down a series of rails and jumps. 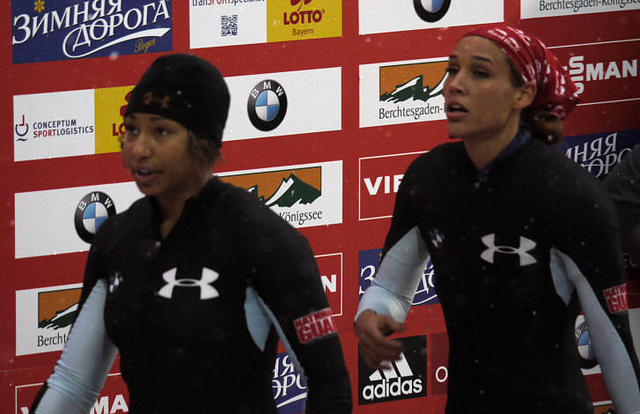 Lolo Jones, the track and field athlete? The Summer Olympics hurdler? Isn’t this a primer for athletes competing in Sochi? You know, the Winter Olympics?

Yes, it’s the same person, and no, there’s no confusion as to the season. After not clearing a hurdle in the 2008 Beijing Olympics, which ended up turning her clear-cut gold medal into a failure to podium at all and ending up fourth in London, Jones turned her focus from running in the warm weather to running in the cold weather while pushing a bobsled. A change of pace that seems to have done her well, as she was recently named to the Olympic bobsled team as a pusher. A pusher is the bobsled team member who pushes the sled; the other is the driver.

This rather unexpected decision — bobsled competitors are chosen by a committee — has left some other Olympians with a sour taste for the selection process. Emily Azevedo, a bobsled pusher who was in competition with Jones for one of the Olympic team slots, told USA Today that she wished she had spent more time “gaining Twitter followers, [rather] than muscle mass.” If you’re looking for a televised competition that will resonate beyond the results, you could do much worse than women’s bobsled. 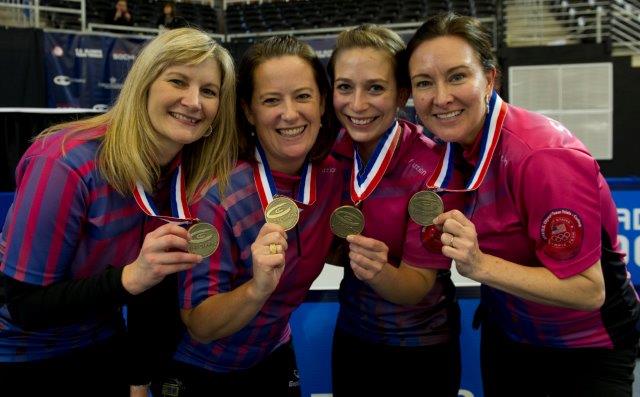 Curling. The perennial not-quite dark horse favorite for recreational Olympic sport watching is also host to the oldest Olympian to grace this iteration of Team USA. Chicago’s Ann Swisshelm started curling in 1980, which means that she’s been curling longer than almost everyone on this list has been alive (save the aforementioned Prince Hubertus). And as a proud Chicagoan, her love for the city’s sports teams has been just as thoroughly documented as her own success as a curler.

A quick career recap: Participating in her first Olympic qualifier in 1998 — the same year that women’s curling was introduced as a winter sport — she qualified for the 2002 Winter Olympics and ultimately finished fourth, but Swisshelm’s team missed the cut to get into the 2008 and 2010 Winter Olympics. After deciding that spending 120 days a year curling was too much, Swisshelm formed a team with three other Olympians explicitly to medal at Sochi, according to the Chicago Tribune.

With Swisshelm ready to hang up the stone after the 2014 games, watching the U.S. women’s curling team allows viewers to witness an athlete with more than 33 years of experience competing at the highest level. Even if you’re not all that into curling, that’s a rare opportunity — and, also, who can really say no to watching curling? 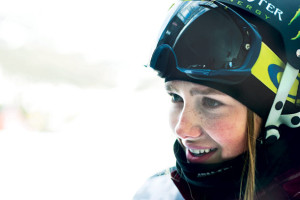 From the oldest Olympian to the youngest, freestyle skier Maggie Voisin has a year on her birthdate that will most likely make you shake your head and wonder where your own athleticism went. As a slopestyle skier, Voisin is one of the most visible of the new wave of skiers — the ones who didn’t have to switch to snowboarding in order to ride rails and play in the park.

With the advent of reverse camber skis, originally designed for powder but quickly taken up for riding features owing to their softness and flexibility, as well as a newfound sport-wide appreciation of tricks that don’t happen after bombing down moguls, slopestyle skiing is undeniably steezy. (Steez is the combination of style and ease. You’ll want to know that one before you watch the games.)

Growing up in Montana and first strapping on a pair of skis at the age of 2, Voisin is also on the cutting edge of professional competition, since she only started competing in open slopestyle events since 2013, also known as this season. Not that you’d know it from her Olympics-qualifying run, of course. You can watch that here.

Have we taken our jaws off the floor yet? There definitely wasn’t any kind of ageism in effect: Those tricks aren’t easy, and lower center of gravity or not, getting your whirling dervish on when you’re just over 5 feet tall is seriously impressive. With slopestyle undoubtedly hanging around the Olympic docket for years to come, this is an opportunity to check out what could be the next dominant Olympian while everyone else is asking, “Who’s that?” 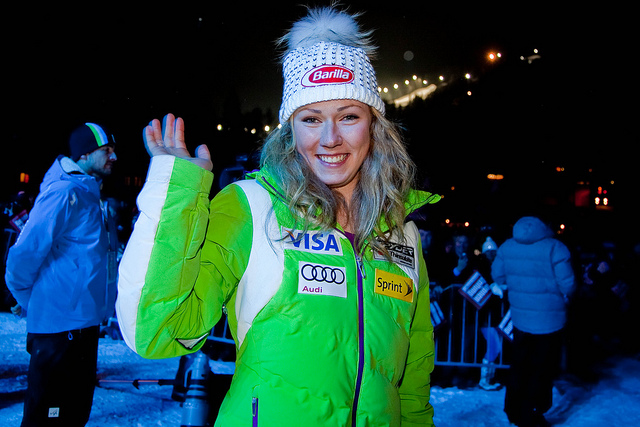 Slalom ski racing: Arguably what comes to mind first when the phrase “Olympic skiing” is uttered. The original staple of ski competition, where whomever can get down the hill the fastest wins. This February, with headline-friendly U.S. ski team member Lindsay Vonn sitting out with torn knee ligaments and podium mainstay Julia Mancuso about to hit 30, some adventurous money might be made by betting on Mikaela Shriffin’s emergence at Sochi.

Already in possession of a World Cup championship and a gold at the Austrian slalom world championship, Shriffin, who has gone on the record as not being super stoked about freeskiing (with tricks), has already drawn the prerequisite comparisons to her older, more accomplished peers. It kind of comes with the territory, being the youngest slalom champion in the history of the sport.

Like many other Olympians, Shriffin started young, strapping on skis at the age of 2. Growing up in Eagle-Vail, Colorado, couldn’t have hurt, either, and her youth guarantees her the opportunity to compete for many Winter Olympics to come. 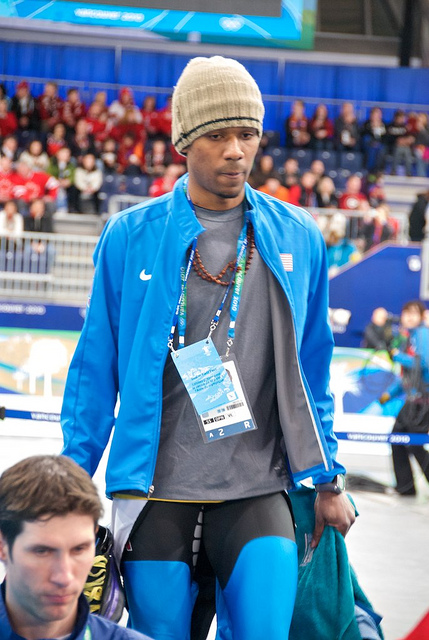 Shani Davis, a speed skater, is standing on the precipice of history. Not the kind of history that every Olympian is automatically a part of by virtue of showing up, but the records-within-the-sport kind of history. If he can grab the gold this year, he’ll be the first American man to win the same gold medal in three straight Winter Games. (Snowboarder Shaun White could also claim the same first three-peat by taking the gold in the snowboard halfpipe event).

Now, with his widely publicized disagreements with U.S. Skating, the Chicago-born speed skater will try to get into the history books again. The 1,000-meter race is scheduled to be held on February 12.