The National Basketball Association has been called a “coaching carousel,” and rightfully so. There are currently six available head coaching jobs in the NBA, which amounts to one-fifth of the league. Even further, 18 of the 30 jobs have become available in the past 12 months, and only four head coaches — San Antonio’s Gregg Popovich, Oklahoma City’s Scott Brooks, Dallas’s Rick Carlisle, and Miami’s Erik Spoelstra — have been in their positions for more than five years.

Read on as we break down the six teams and some of the pros and cons of each position, in no particular order. 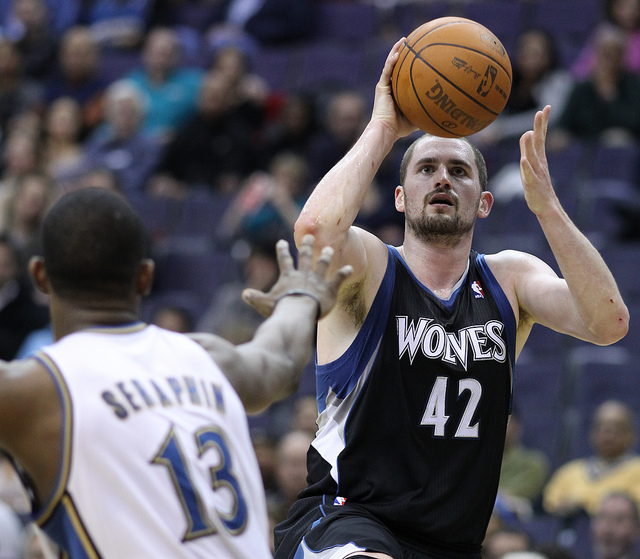 When Rick Adelman retired after a 23-year NBA coaching career, Minnesota once again became a team on the brink. Though Adelman missed the playoffs in each of his three seasons in Minnesota, the Timberwolves’ 40-42 record in 2013-14 was his best, and the team increased its win total in each campaign. One of the major strengths of the Timberwolves is their center, Kevin Love, who is undoubtedly one of the best in the game.

Consider his stats: Just last season, Love became the first player since Kareem Abdul-Jabbar (1975-1976) to average 26 points, 12 rebounds, and 4 assists per game — no small feat. The Timberwolves also have a malleable guard in Ricky Rubio and a lottery pick in this year’s draft. Still, Love has a player option next season and can opt out of his contract, so the franchise might need to land a bigger name in order to keep him. 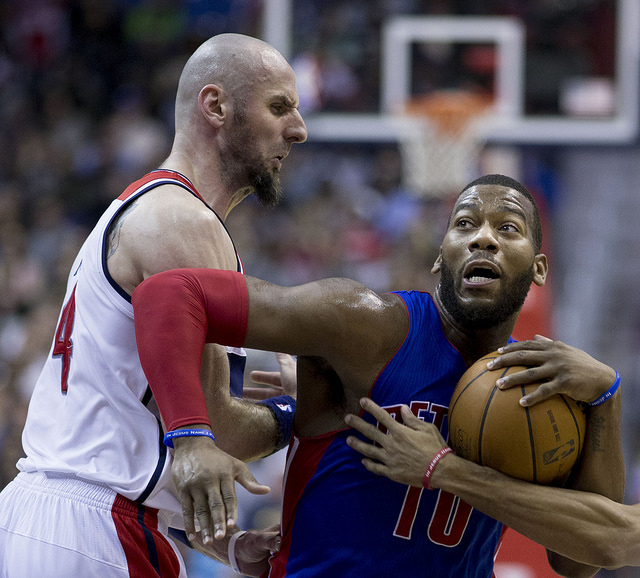 Detroit currently has openings for both a general manager and head coach, and for a franchise that has shuffled through eight head coaches in 15 seasons, these hires are extremely important in the rebuilding process. The Pistons, once a powerhouse franchise, also haven’t made the playoffs in five seasons. Not all hope is lost, though: the Pistons have one of the best players in the game in Andre Drummond, a top-10 pick in this year’s draft, and a little more than $20 million in cap space. With unstable ownership and an uncertain front office, though, it will take two strong candidates who understand rebuilding before this franchise has any kind of consistent, winning future. 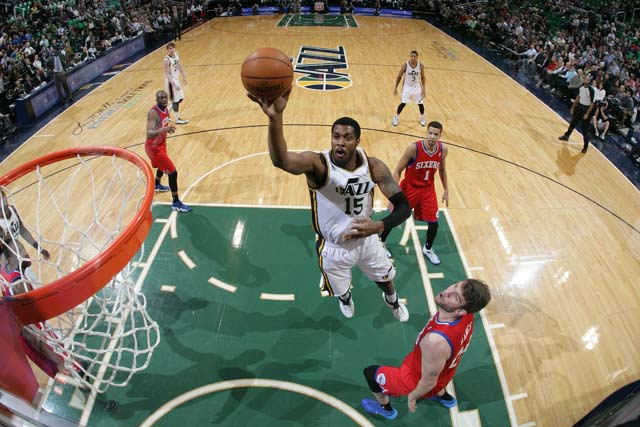 The upside of the Jazz’s poor season is that the team is in an excellent position for this year’s draft. Specifically, the Jazz have a top-five pick in this year’s draft, the fourth-best odds to secure the first overall pick in the upcoming draft, and extra picks this year and in future years. With their massive salary cap flexibility and a lot of young talent, the Jazz are in a good position for rebuilding. Tougher, though, is making progress in the competitive Western Conference.

Nevertheless, the job remains attractive to many, “considering the young talent, upside, stable ownership, cap room, draft picks, and family environment,” wrote Matt Moore of CBS Sports. “Utah has been loathe to make changes so it provides stability.” Top contenders for the position are Spurs assistant Jim Boylen, who has a strong history with Utah General Manager Lindsey Davis, and Ettore Messina, an Italian who is a “perennial favorite to become the first foreign-born coach to lead an NBA franchise.” 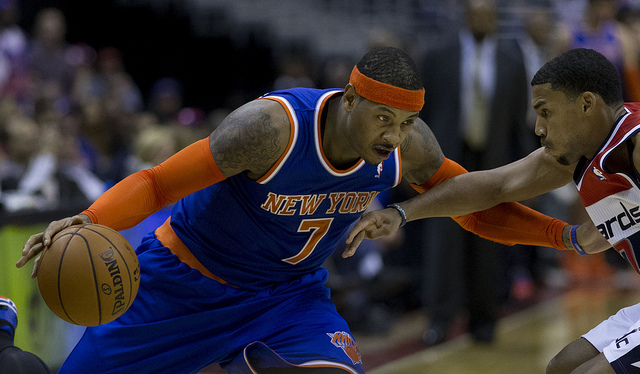 This New York opportunity might soon be off the table, as the franchise is moving closer to signing ex-Bull Steve Kerr to the position. Said New York Daily News’ Frank Isola: “Steve Kerr is inching closer to finalizing a deal to become the next head coach of the Knicks, according to a source close to the TNT broadcaster. Kerr’s agent, former Jets GM Mike Tannenbaum, is still negotiating with the Knicks but the two sides are optimistic that a deal would be in place early this week.”

Though Kerr is practically a shoo-in for the job, his limited coaching experience has slowed the pace of negotiations and led to longer talks about salary and contracts. Nevertheless, the presence of Phil Jackson in the front office is a huge pro for the ailing franchise, as is the potential for lots of cap space in the years to come. On the other hand, the decision to part with or pursue Carmelo Anthony lingers, and the club has a lack of draft picks moving forward. New York might shine again, but it will take several years. 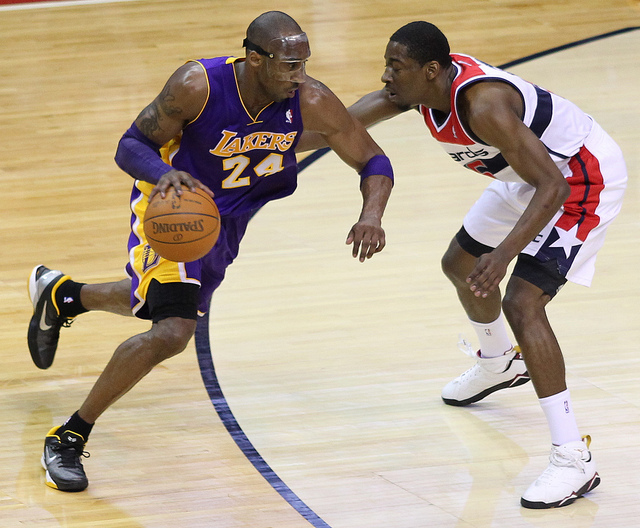 After Mike D’Antoni resigned despite having one year left on his contract, the Lakers have appeared almost casual in their search for a new coach —  but they can afford to be. As ESPN’s Dave McMenamin put it: “The Lakers are in something resembling a high-stakes game of Texas hold ‘em. They know what cards they’re holding: two aging future Hall of Famers in Kobe Bryant and Steve Nash under contract for close to $34 million for next season; a significant chunk of cap space beyond that; and, of course, the intangible asset of calling Southern California home – plus a prestigious résumé as one of the most storied franchises in the league.”

A storied franchise, yes, but one that certainly is in need of revitalization after Bryant was out the majority of the season with injuries and the lack of the depth in the roster was apparent. Nevertheless, with approximately $30 million in cap space this summer, a top-10 draft pick this year, and no shortage of interest, it’s likely the Lakers will get what they want when the time comes.

Golden State has a lot to offer a coach: ownership that’s willing to spend, lots of talent led by Stephen Curry, and a desirable market. Some even believe it has “the world” to offer. The problem, however, is that Golden State made it pretty clear in the firing of Mark Jackson that the team expects bigger and better things, and that “good” just isn’t good enough.

Consider Jackson’s accomplishments: his 98 wins over the past two seasons was the team’s highest two-year total in more than two decades, and his nine playoff victories are the sixth most in franchise history. Golden State ownership, led by majority owner Joe Lacob, has stressed that it wants to win more, and quickly.

Said Bleacher Report’s Ric Bucher: “[Lacob] already has intimated that next year’s team should improve on this year’s 51-win total, the team’s most in two decades, and any coach who found that daunting probably isn’t cut out for the job.”