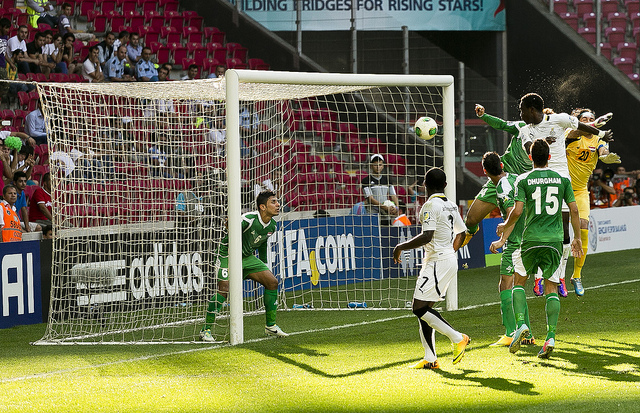 While the 2014 World Cup has already seen more goals in the first round than any other tournament since 1958, none have happened faster than when the U.S. Men’s National Team played Ghana in its opening match. Clint Dempsey’s goal at 29 seconds put the U.S. up 1-0 over Ghana, a match the American eventually won 2-1. This was unexpected, since goals in soccer are supposed to be a little bit harder to come by than that — part of the beauty of the game comes from the degree of difficulty in navigating the ball all the way into the other team’s net, after all.

The most surprising fact about Dempsey’s goal might be how low it ranks on the all-time list. The game has evolved since the beginning of the World Cup in 1930, as soccer is not immune from the skill creep that affects all sports (“skill creep” meaning that the average international soccer player today is arguably a better player than the average international player from 50 or so years ago), but the fastest goals in World Cup history come from all over the map, chronologically speaking.

In fact, the list functions as a bit of a guide to the World Cup over the years, as records stretch from the 1930s to today. Without wasting any more time, here are the seven fastest goals in World Cup history. 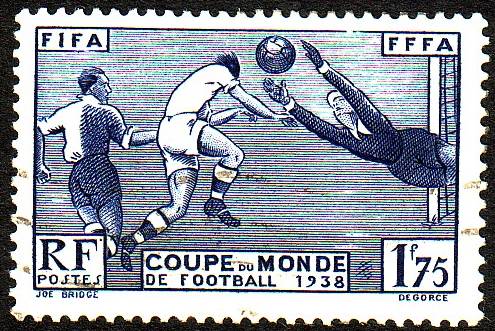 That’s right: France, the host of the 1938 World Cup, boasted one of the fastest goals in event history when forward Emile Veinante knocked in a goal against Belgium on the way to a 3-1 victory in the first round for the home team. This is hardly the last anyone would hear of Veinante, though — in addition to the 14 international goals he scored between 1929 and 1940, he would later make the transition to coaching, spending the next 20 years steering the ship for high-level European teams around France.

As for Arne Nyberg, whose semifinal goal against Hungary came about a week after Veinante’s goal for France, well, it didn’t work out so well for the Swedish player. Hungary, perhaps inspired by indignation, came back to trounce Sweden 5-1. Which brings up one of the coolest factoids about soccer: Because it’s been massively popular for the entirety of its existence, footage of vintage games isn’t an impossible rarity, even when you’re talking about a tournament that was held before a series of events that were monumental in their amount of destruction (that would be World War II). What does that mean? It means a half-hour’s worth of footage from the 1938 World Cup is on YouTube. Check it out. 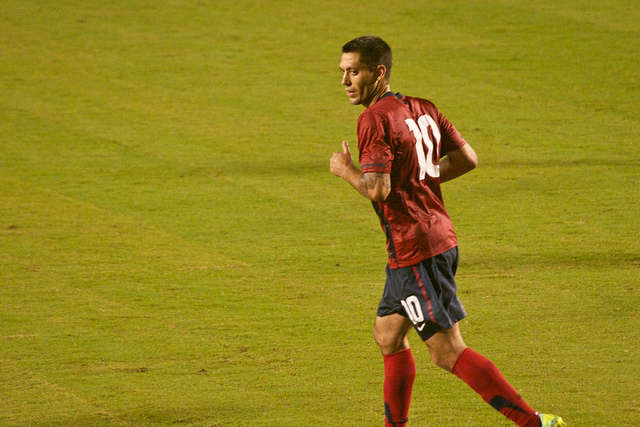 Here’s the newest addition to this list: USMNT captain Clint Dempsey, who holds the record for the fastest goal in American World Cup scoring history as of Monday’s match, has tallied 38 goals in his 10-year tenure with the squad. At 31, it’s possible that this could be the captain’s last outing as a member of the international team, especially after the precedent for disregarding nostalgia was set with Landon Donovan’s absence from the squad.

If that’s the case, Dempsey has started this tournament off on the right foot. Hopefully he’ll be able to make his potential swan song as memorable as his first tournament.

Robson’s 27-second goal against France in an eventual 3-1 victory during the Spain-centered 1982 World Cup rattled in just a little bit faster than Dempsey’s score. Is it on YouTube? Of course it’s on YouTube! You’ll notice the differences from Dempsey’s goal right away: Robson was able to take advantage of the positioning allowed to the English squad while they were throwing in, while Clint’s score came from some deft dribbling, but the end result was the same — a very, very quick goal. 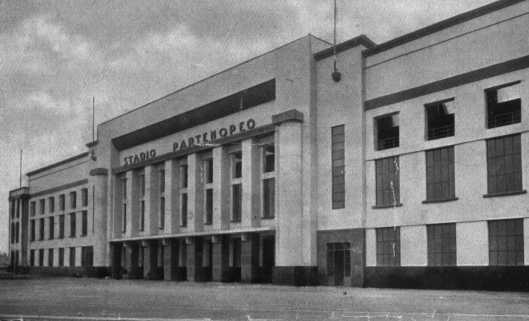 This record stood for almost 30 years before it was flattened into history. The arena it happened in was gone much sooner, as the Stadio Giorgio Ascarelli, an Italian stadium named for an Italian businessman, did not survive World War II. Autobiographical details on Lehner are scarce, but we know that he scored at least one additional goal on the way to a 3-2 victory for Germany over Austria.

Talk about a historical anomaly. In case you’re not up to date on the ins and outs of your Eastern European history, Czechoslovakia doesn’t exist anymore — it’s been broken up into the Czech Republic and Slovakia since 1993. We’re sure both countries would like to claim Vaklav Masek as their own, though, since his 16-second goal was the lone point the Czech team was able to put on the board in a 3-1 loss against Mexico in the 1962 World Cup. But, as we’ve already established, the power of the Internet transcends the fall of nations, and we, via YouTube, have footage of the goal. Check it out above.

It only took 11 seconds for a 40-year record to be broken during the 2002 World Cup (held in South Korea), as the Bull of Bosphoros — Turkey’s all-time leading goal scorer, Hakan Sukur — was able to take advantage of a momentary lapse in concentration and deliver the ball directly into the net of the home country. Turkey would eventually bear out this record, winning the match 3-2, which determined the third-place team of the tournament.