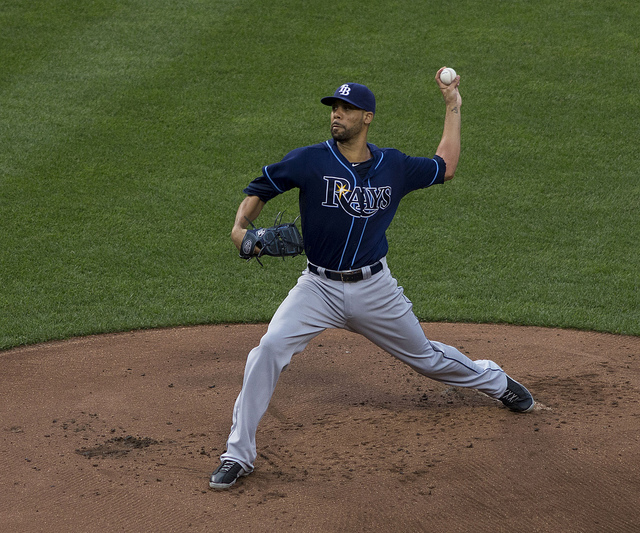 Snow may be blanketing much of the United States, but Arizona’s sunny skies have already welcomed the first Major League Baseball team to Spring Training 2014. That means teams had better scramble if they want to solidify weak spots and plug holes prior to Opening Day. As to be expected, trade rumors are swirling heavily around contenders and pretenders alike.

A quick glance at the field shows a glut of second basemen on the trading block while numerous free agent pitchers still don’t have job in 2014. Here are seven MLB trade targets worth notice in the run up to the 2014 MLB season.

Why on earth would a low budget team trade one of the league’s top pitchers with two years left under club control? That’s how the Tampa Bay Rays do their business — developing great players and selling them at peak value. Dealing David Price would mean parting with their staff leader and primary option on the hill, but the return could be spectacular.

The 29-year-old Price is only one season removed from a 20-5, 2.56 ERA campaign that nabbed him AL Cy Young honors. At $14 million in salary arbitration, he’s a steal for any contender. Following the injury to Jeremy Hellickson, the price of Price will be even higher. While it’s easy to forget the Rays have a legitimate shot at winning the AL East in 2014, insiders like Ken Rosenthal point to Tampa’s financial situation as a reason why a trade could still make sense. 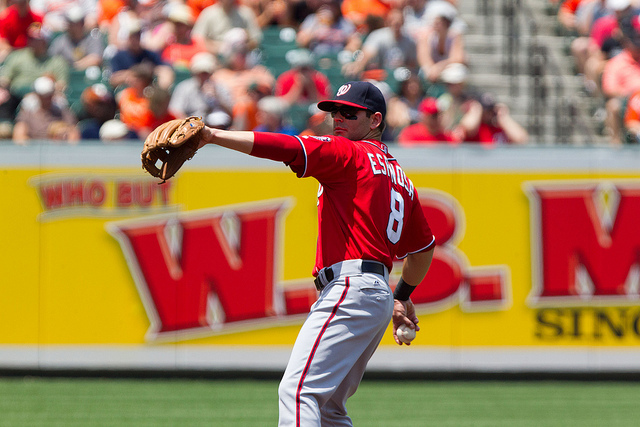 Espinosa was rock-solid  for the Washington Nationals in 2011 and 2012. Then 2o13 happened. Plagued by injuries and poor performance, the second baseman found himself at Triple-A Syracuse where hit an awful .216 in nearly half a season. At age 26, there are plenty of teams willing to bet there’s a big upside in Danny Espinosa. So far, at least twelve teams have reportedly asked the Nats about a trade.

Right now, he will have a shot at making the big-league club and could slot as a utility infielder. Nationals GM Mike Rizzo doesn’t look ready to dump Espinosa unless the price is right. 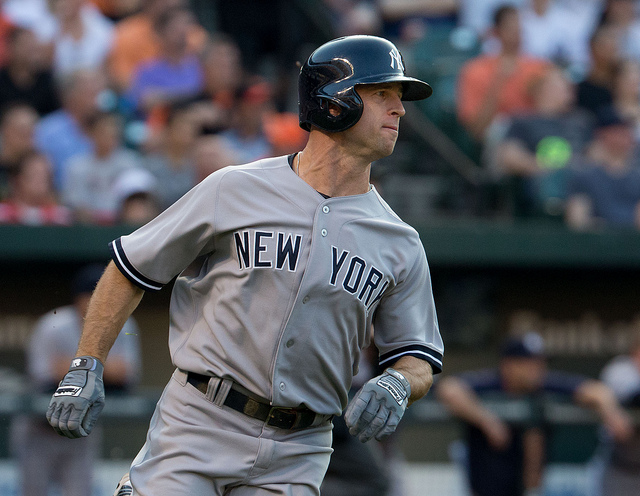 Upon the signing of Jacoby Ellsbury, the Yankees’ Brett Gardner was expected to play left field. That’s where Alfonso Soriano and Vernon Wells played in 2013. Then the Yankees signed Carlos Beltran, giving them six outfielders for three spots (Ichiro Suzuki is the sixth.) Even with the release of Wells, rumors about a potential trade for Gardner make sense. In fact, New York already nixed a straight-up deal involving Gardner for Cincinnati’s Brandon Phillips.

The Yankees have the biggest holes in the left side of the infield. Any deal that put Gardner on the block for a third baseman would intrigue Yankees GM Brian Cashman. Then again, putting Gardner, Soriano, and Ichiro in a lineup with Ellsbury would give the Yankees a ton of speed. Likewise, Garder patrolling left field with Ellsbury in center and Ichiro (or Beltran) in right would give the Yankees one of the best outfields in the game. Cashman would need the proverbial “offer he can’t refuse” to set that aside.

Take big righty Jeff Smardzija out of the Chicago rotation and there’s a huge hole to fill. Leave the ex-Notre Dame receiver in and the Cubs are still guaranteed to have a poor showing in 2014. GM Theo Epstein will face this dilemma before Opening Day and as soon as the Cubs start sputtering. Without a contract, it will be hard to keep Smardzija on board.

Interest in Smardzija has been heavy. The 29-year-old righthander averaged more than one strikeout per nine innings in 2013 and will get $6.2 million at most in arbitration. Countless teams are willing to take a chance Smardzija could control his ballooning earned-run average with a change of scenery. As always with pitching, it’s a seller’s market. 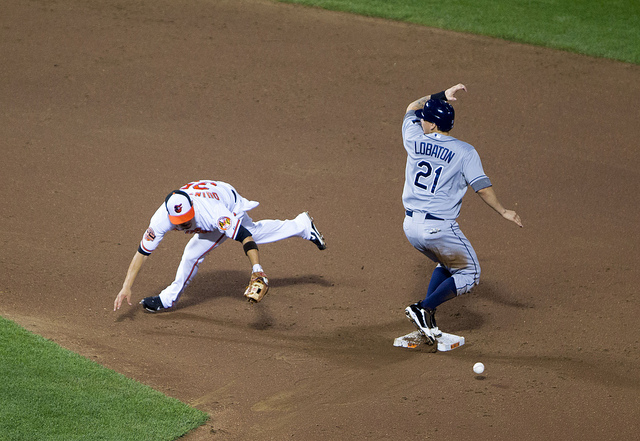 He may not be a household name, but Jose Lobaton took center stage in the 2013 AL Division Series when he cranked a walk-off home run off Red Sox closer Koji Uehara to seal a Game 3 victory for the Rays. For most of his career in Tampa, Lobaton has been a dependable catcher with average offensive skills at best.

However, at the age of 29, Lobaton has room to grow and not much of a place in Tampa Bay following the acquisition of Ryan Hanigan. The Washington Nationals repeatedly have expressed interest in Lobaton to back up Wilson Ramos. Cost-wise, Lobaton is very cheap for teams. He has an annual salary below $1 million and four more years under club control, which makes him eligible for arbitration but not free agency until the 2018 season. 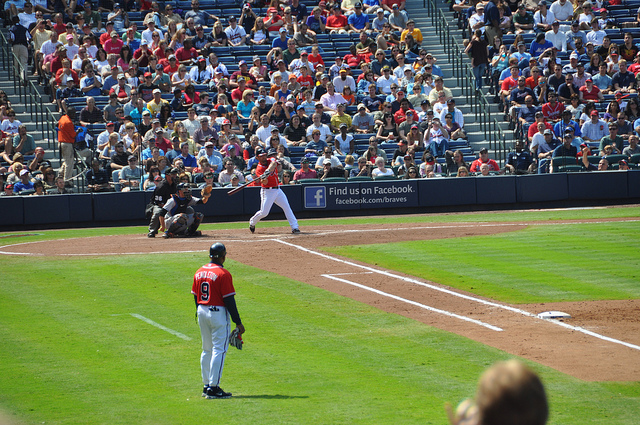 Braves second baseman Dan Uggla doesn’t get cheated at the plate, but lately that’s meant a low batting average and high strikeout totals to go along with his considerable home-run power. Uggla hit well below the Mendoza Line in 2013 with a dismal .179 batting average. Paired with a career-high 171 strikeouts, there isn’t a terrible amount of value for the three-time All Star.

Atlanta is hoping Uggla will get off to hot start in spring of 2014 so they can deal the forearm basher for a player of some value. The relative glut of second basemen on the market — including Brandon Phillips and Danny Espinosa — complicates things for the Braves. 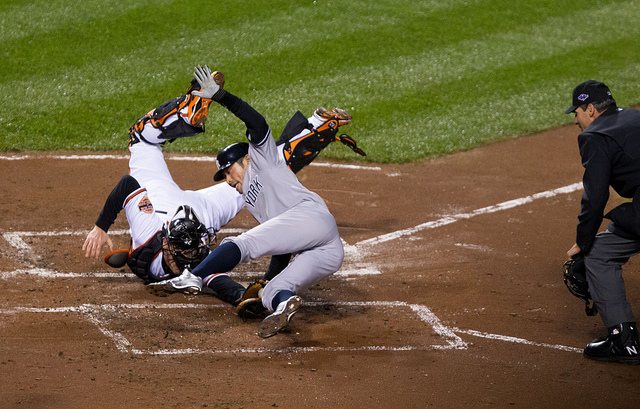 The eternally young Ichiro still has value for clubs at age 40, but his $6.5 million salary and limited offense will make him difficult to deal. Nonetheless, the Yankees have five outifelders, three of whom were high-profile acquisitions in Beltran, Ellsbury, and Soriano. Ichiro is going to see limited action with this crew on the roster and Brett Gardner avoiding a trade before the season.

Clubs hoping to get a boost in media coverage and defensive help could conceivably inquire about Ichiro, who is an excellent clubhouse presence and bona fide rock star in terms of personality. As the greatest position player to ever emerge from Japan, Ichiro’s pride and talent defy his age at times. It would have to include the Yankees eating part of his salary. A deal for Arizona’s J.J. Putz, which Fox’s Ken Rosenthal proposed, isn’t based on any substantive talks.