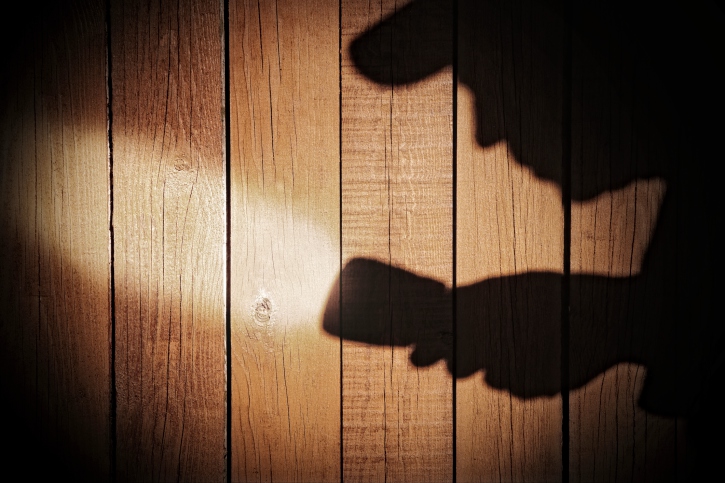 So, now things are getting interesting. In a story that sounds like the plot for a new reality TV show, Clippers owner Donald Sterling has hired four separate private investigation firms to investigate the twenty-nine other NBA owners and will audition their findings against each other to see which one he keeps on the case. Because Sterling has shown himself to be nothing if not spiteful, and because he’s utterly convinced that he’s being pushed out of the NBA unfairly, he has handed the firms “a six-figure budget over the next 30 days to examine the league’s finances, allegations of previous discriminatory conduct, and compensation to past commissioner David Stern and current commissioner Adam Silver,” according to ESPN by way of the Associated Press.

Sterling, of course, is not actually having his First Amendment rights violated or his private property seized or anything else that he and his supporters (because, yes, he has supports) — he’s being forced out of the league as a business partner, and he’s not being censored by the Federal Government.  Businesses force other partners out for a whole host of reasons all the time in the U.S. On the other hand, his dedication to salting the earth behind him is admirable, if only because of the wealth of information that might come to the surface as a result of this directive.

And since donning a tinfoil hat is always fun when it comes to the NBA, we’ve decided upon a list of NBA urban legends, questions, concerns, and other professional basketball campfire stories that we’d really like to know the answer to, one way or another. Some of them are serious. Some of them involve fonts. Here are the seven things we hope Sterling’s private investigators discover. 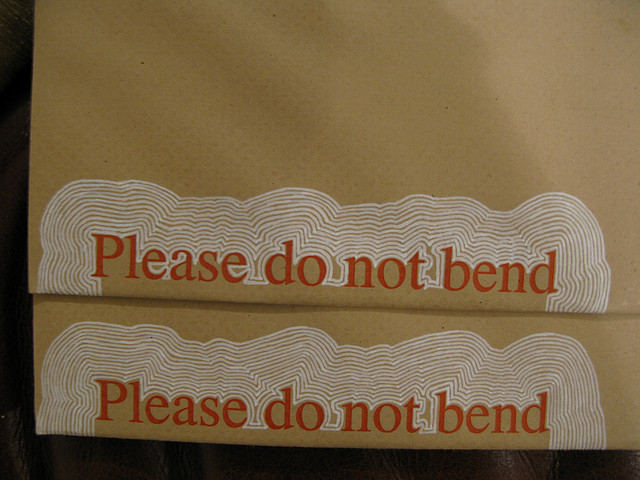 7. Was David Stern really going for the bent envelope in 1985?

If you’re looking for an exhaustive trip down Tinfoil Alley, we encourage you to read this 2012 story on the history of the 1985 NBA Draft. It is exhaustive. It is also really fun, if you’re into the whole NBA-is-rigged trip. For those anyone who doesn’t have the time for that, though, here’s the breakdown: In 1985, immediately after the NBA had implemented the draft lottery — after allegations that the Houston Rockets had tanked to land Hakeem (they had) cast a pallor on the league — and one of the best prospects in NBA History, Georgetown’s Patrick Ewing, was the marquee name on top of the draft class. Note the word: prospect. Ewing would have a comparatively disappointing career as an NBA center, but he absolutely looked like the next great big man in college.

So, the draft lottery is happening for the first time ever, and the New York Knicks have a shot at the No. 1 overall pick. Patrick Ewing in New York, at least according to the conspiracies, was planned to bring relevance back to one of the most hallowed franchises in the NBA. You can actually hear it in the ABC telecast, which we’ve included below, as the commentator says, “basketball is back in New York City.” We don’t think it was rigged, but we can’t know for sure. 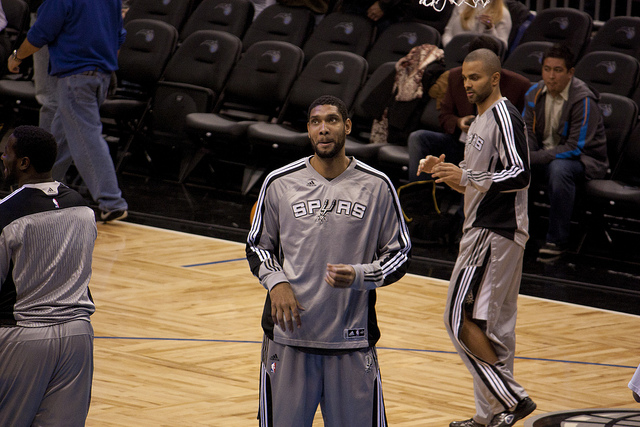 6. What does Joey Crawford have against Tim Duncan?

Chalk this one up to mystery. It’s April 2007, in the midst of Texas. The Dallas Mavericks are playing the San Antonio Spurs, and Tim Duncan is being challenged to a fight by baldheaded referee Joey Crawford, who you might remember for his elaborate dance routine that doubled as a blocking call in November of 2012.

The best part about it, of course, was that Duncan was joking with his teammates on the bench at the time of the ejection, and he wasn’t talking to Crawford at all. While The Big Fundamental has long maintained that Crawford has some sort of personal vendetta against him, we would love to see Sterling’s gumshoes uncover exactly what it was. Smart money’s on some kind of longstanding Dungeons and Dragons altercation. 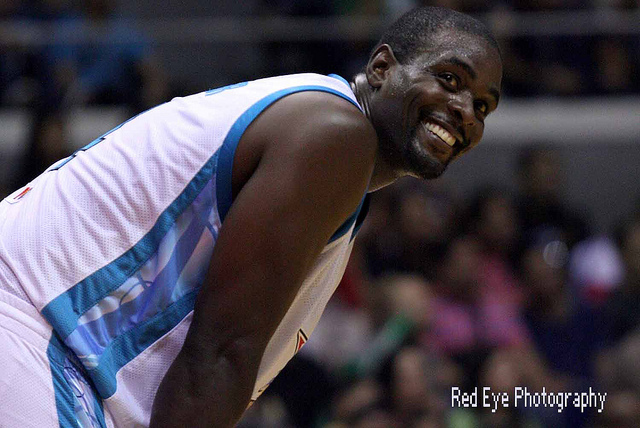 Chris Webber probably got robbed of an NBA Championship. Which is a shame, because those early 2000 Sacramento Kings teams were some of the most exciting basketball teams ever assembled, and they deserve to be more widely revered than they are. While everyone is (rightfully) going ape for the San Antonio Spurs’ expert passing at every position, they’ve got nothing on the Rick Adelman coached Kings, who played basketball as if the best passing added points to each basket.

So, when the Kings lost a decisive 2002 Western Conference Finals Game 6 to the defending champion Los Angeles Lakers, the Shaqobe team that had absolutely dominated every team except for SacTown, something felt off. Whether it was the 27 foul shots that the Lakers took in the fourth quarter, or Kobe Bryant drawing a foul on Mike Bibby after punching Bibby in the nose — it was clear at the time that something was afoot, and questions still abound today.

Frankly, we don’t care so much about the answer, since the series in question occurred over twelve years ago, and even an admission by the league wouldn’t change the fact that the Lakers would be in the books as the Finals champions. We just want those Kings teams to get more credit for how awesome they were: Look at these highlights. No one plays like this. They’re the San Antonio Spurs with the flash and athleticism of the Heat. Seriously: 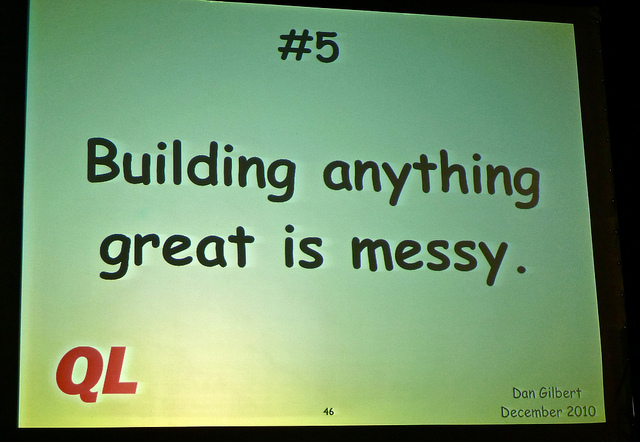 4. Does Dan Gilbert only use Comic Sans?

The people must know. While everyone was introduced to the fact that Dan Gilbert has a penchant for Comic Sans, the ‘informal’ font that makes people who are into fonts cringe heavily, during the aftermath of The Decision, when LeBron James announced that he was taking his talents to South Beach, it quickly became nothing more than a joke. We know Dan Gilbert sends emails to the league office fairly frequently. We know that Comic Sans is brutal on the eyes. Now we just need to know if it’s the only font he uses, especially when he’s helping to precipitate mass economic crises.

3. Did the league really know the Sonics were doomed?

Along those lines — the shady ownership lines that Sterling is surely going to direct his private investigators towards — there’s at least some pretty damning evidence that the NBA more or less knew that the Seattle Supersonics were destined to become the Oklahoma City Thunder. After emails leaked confirming that the team was purchased almost explicitly to move, the city of Seattle subpoena’d twenty years of internal NBA records that never saw the light of day. 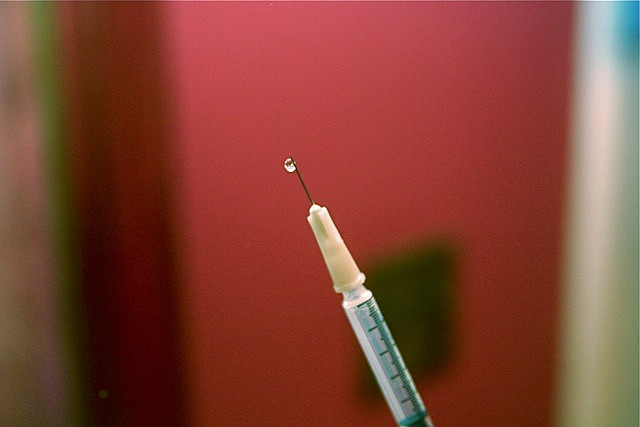 2. How many players in the NBA really use PEDs?

Quick, without going to Google, how many NBA players have ever been caught with performance enhancing drugs? If you guessed more than eight, you’re reaching. Now, no one wants the NBA to be a league full of steroid users — for a whole host of reasons. The idea that these athletes are all juicing is lame if you’re a typical sports fan that likes to believe in relative athletic merit.

It would be great, though, if Sterling’s snoops could dish out a list of exactly who was using steroids in the NBA. And maybe it’s only the eight who have been caught already, and that would be even better.

1. Was Tim Donaghy the only ref fixing games?

The worst part about any kind of officiating/fixing/conspiracy discussion is that it inevitably brings up Tim Donaghy, the former NBA referee who now makes his living parading around talking about the NBA officiating. Donaghy, a thirteen-year veteran of the NBA reffing scene, was found guilty by the FBI of making calls to cover the points spread of NBA games he was betting on. He’s more or less the dictionary definition of an unreliable source, and yet he’s trotted out whenever a controversial call is made. If there are other crooked referees in the league, we want to know about it, if only to keep Donaghy from spreading doubt whenever he pops up.