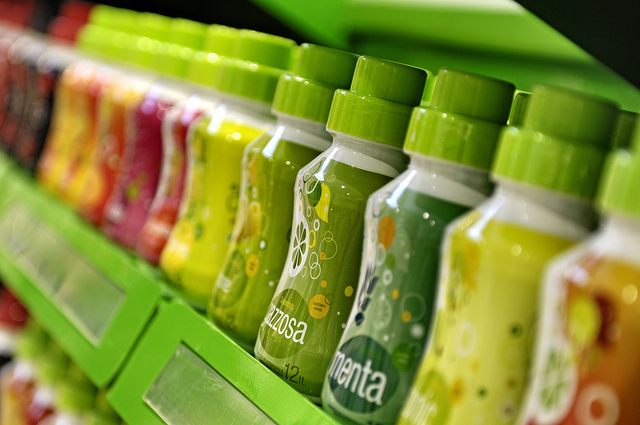 Sorry, SodaStream . USA Today reported Saturday that Fox  officially rejected the company’s Super Bowl commercial this past week, and the rejection comes approximately one year after SodaStream suffered the same fate in January 2013. SodaStream’s new ad features a sultry Scarlett Johansson sipping her home-made soda, but her line involving a jab against Coke  and Pepsi  didn’t go unnoticed  by Fox executives, and now Fox is demanding that Sodastream remove the remark. Daniel Birnbaum, CEO of SodaStream, complained to USA Today Friday that Fox rejected the Super Bowl ad because “they’re afraid of Coke and Pepsi.”

Coke and Pepsi are both major advertisers at the Super Bowl — with Pepsi even sponsoring the halftime show for the second year in a row — so it’s not a complete surprise that Fox rejected the ad, but Birnbaum still denounced the rejection this past week, maintaining that advertisers have long mentioned competitors in their commercials. Birnbaum complained, “What are they afraid of? Which advertiser in America doesn’t mention a competitor? This is the kind of stuff that happens in China. I’m disappointed as an American.”

It’s not unusual for Super Bowl sponsors to have their ads rejected, as USA Today points out that some marketers even submit reject-worthy ads on purpose, but the SodaStream CEO argued Friday that the company’s intent this year was not to face rejection (again), and he even said, “If I could get my money back, I’d be happy to be out of the deal.” Johansson’s line that Fox forced SodaStream to drop was, “Sorry, Coke and Pepsi.”

This is now the second time SodaStream has come under the spotlight in the weeks leading up to the big game, as the company also faced media attention last week when reports noted that the location of the Israeli company’s manufacturing plant is in occupied territory in the West Bank, leading to some critics calling SodaStream products “blood bubbles.” SodaStream’s machines work by turning tap water into carbonated goodness with just three pumps of a recyclable carbon dioxide cartridge, but its beverage has quickly become a humanitarian issue for drinkers who refuse to buy or endorse the products of a company whose views they don’t agree with.

What’s especially an issue is that SodaStream’s location in occupied territory complicates its marketing because its product is now offending the politically informed far left segment it typically appeals to. More and more consumers are denouncing the “guilt-free bubbles,” and SodaStream’s rejection from Fox executives certainly isn’t helping its cause.

It’s still up for debate what party in SodaStream’s latest dramatic scenario has the more valid argument — Fox versus SodaStream — but ad expert Alex Bogusky, the man behind the SodaStream ad, has still voiced his discontent with the network over censoring SodaStream’s ad, complaining to USA Today Friday that, “Fox protects its big advertisers to the detriment of the environment and consumers.”