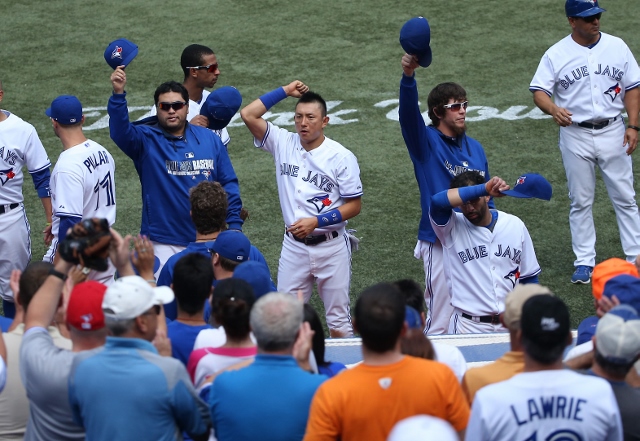 Baltimore lost Nick Markakis and Nelson Cruz; the Yankees lost Derek Jeter and David Robertson; and the Red Sox traded away their starting rotation. None of the AL East superpowers have done much to address their biggest weaknesses looking toward 2015, but Toronto’s upgrades are making the team (very) early favorites to capture the AL East title. Here’s a look at whether the Jays are on pace to finish ahead of the pack and whether the once-mighty division has hit the point of irrelevance.

Blue Jays in the driver’s seat?

Nabbing Russell Martin off the free agent market and trading for Josh Donaldson were brilliant strokes by the front office. Along with the other menacing bats in the lineup, Toronto presents huge problems for opposing pitchers, especially when they visit the Rogers Centre. However, trading J.A. Happ for Michael Saunders (the latest in the Jays’ flurry of moves) equals a major subtraction on the pitching front. R.A. Dickey and Mark Buehrle aren’t exactly a dominant one-two punch at the rotation’s top.

Projections from CBS Sports putting Toronto in first place after these additions seem more premature than the article suggests. Toronto, ninth in the AL and 22nd in MLB in ERA in 2014, has major question marks in the starting rotation. Joining Dickey and Buehrle will be Drew Hutchison, Marcus Stroman, and perhaps Aaron Sanchez with Happ gone. Even with weaknesses in the rotations of Boston and Baltimore, Tampa Bay and the Yankees will both field better staffs than Toronto by a long shot in 2015. Someone once said great pitching beats great hitting, and he was right.

On that note, the dire predictions about the seasons ahead for the Red Sox, Orioles, and Yankees seem a bit heavy-handed. 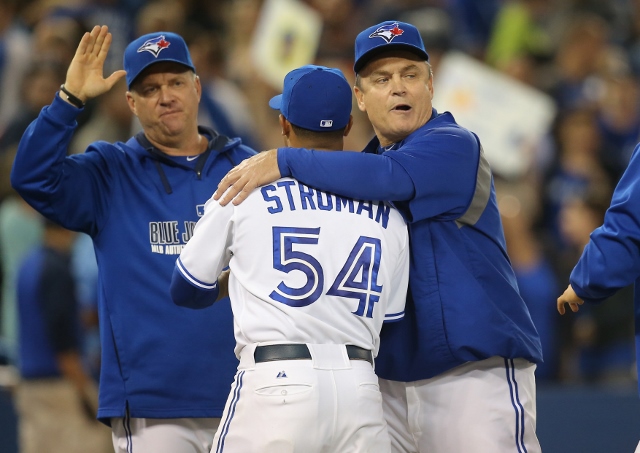 CBS Sports has the Red Sox holding down third place and the runaway 2014 AL East Champion Orioles checking in for fourth place while the Yankees project in last (a sentiment echoes by ESPN recently). With the biggest payrolls on the block, it’s hard not to expect major upgrades ahead for Boston and New York. Baltimore’s strong core of young players would likewise suggest a brighter future than fourth place for the Orioles.

On the contrarian side, skeptics might point to the Blue Jays’ last spending spree as cause for concern in Toronto. The last time the Blue Jays went out and bought themselves a baseball team, the experiment was a spectacular failure. Only bounce-back 2014 seasons by Buehrle and Dickey salvaged what was a huge disappointment in the eyes of fans and management.

The Blue Jays’ questionable bullpen will get worse if Sanchez replaces Happ in the starting rotation. Huge upgrades at catcher and third base do give the Blue Jays a better team than they fielded in 2014. It just will take a lot more pitching for Toronto to lock down the AL East in 2015.