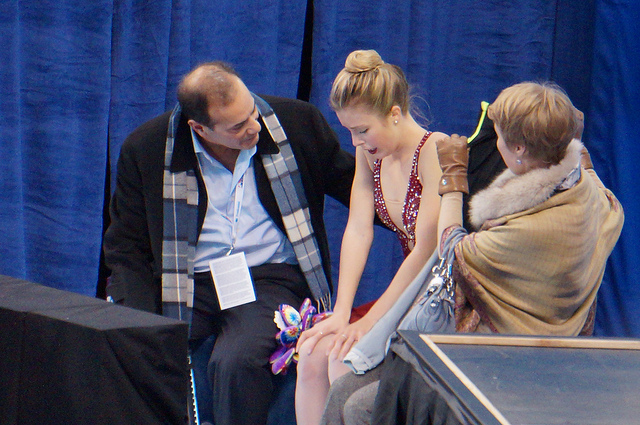 The popular narrative of becoming an Olympian sounds a little like this: An athlete undergoes an arduous journey full of personal sacrifice, immense dedication, and considerable self investment in order to make it to the world’s biggest stage. In order to reach that stage, it goes without saying that Olympians have to convince themselves that they are, in fact, capable of doing well enough to win. Otherwise, why bother?

When U.S. figure skater Ashley Wagner completed a run she thought would put her in the gold medal conversation, she was validated. Confident. In short, Wagner was perfect — perfect for the unmitigated glee that a viewing public takes at seeing someone’s comeuppance happen in a nanosecond. She thought she was going to win; she ended up with a score of 63.10.

Delight turned to disgust, and an expletive uttered to an off-camera teammate (as off camera as anyone gets in a globally televised sporting event), and then the face happened. If you didn’t know who Wagner was before the 2014 Sochi Olympics began, it’s hilarious. If you were paying a little attention to this year in U.S. figure skating, it’s almost scarily fitting. 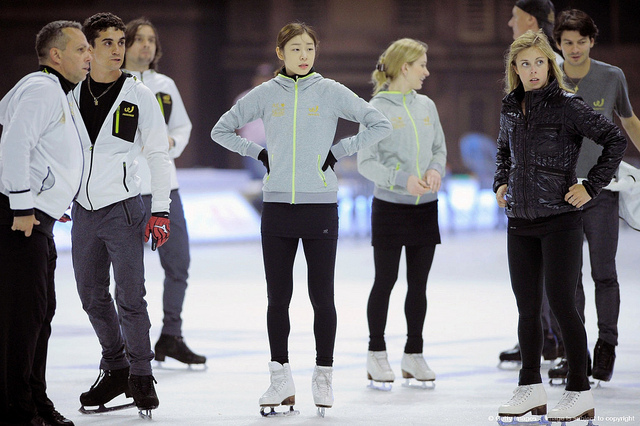 According to most every search engine out there, Wagner was born in Germany in 1991 to a retired lieutenant colonel and a former school teacher. Because both her parents are American citizens, she’s also an American, which is why she’s skating for Team USA. Or, if you’re inclined toward controversy, Wagner is skating for Team USA because “[her] flowing blond hair, bellflower-blue eyes and sculpted features mark her as a sporting archetype,” according to one Wall Street Journal op-ed.

The crux here is that the United States’ Olympic figure skating team has three slots. Typically, those slots are filled with the skaters who place in the top three at the U.S. Nationals competition. Wagner, who placed fourth, beat out Mirai Nagasu for a spot on the Olympic team, despite Nagasu’s third-place finish at Nationals.

The justification, per the selection committee, is that although the U.S. Nationals rankings often correlate to Olympic selection, it’s far from the sole criteria that goes into the selection process. And, as Wagner has the best resume in the pool, it only made sense to send her to the Olympics, along with Gracy Gold (who won at Nationals) and Polina Edmunds (you guessed it — she finished second).

While Nagasu, who competed for Team USA at the 2010 Vancouver Olympics, did not contest the U.S. Figure Skating Association’s decision, the icy flashpoint around how much weight should really be put behind a body of work — the Olympic event is a one and done, one run, one chance-style competition — put an uncomfortable asterisk over Wagner’s presence at the Sochi Games. And then the face. The face that launched a thousand tweets. 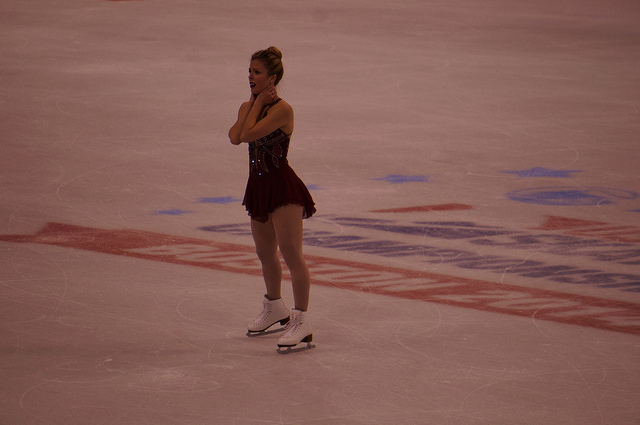 Whether it will measure up to the undisputed gold of gymnast McKayla Maroney’s 2012 Summer Olympics’ “I am not impressed” face remains to be seen, but as of Monday morning, this is the best meme to come out of Sochi. And while it’s not fair to Wagner, who not only had to deal with the furor about being in the Olympics in the first place but also said, “To score that low was very disappointing for me,” the picture’s undeniable comic effect added a humorous wrinkle to — for want of a better metaphor — what is usually a very dry clean-only event.

The fact that the run, a short routine set to a portion of Pink Floyd’s Shine On You Crazy Diamond (Wagner is, according to her Instagram, enough of a Floyd fan to dig these shoes), seemed solid to the announcers, the fans, and the rest of the field is destined to become secondary to the memeification of the event. And for what it’s worth, even if the score was too low to medal individually, it still helped Team USA move on to the team event, where it would eventually claim a bronze medal.

You can check out this Tumblr to see the image on its own, as well as a handful of imaginatively doctored images. Wagner’s best short routine score was a 69.26 at the 2013 Skate America competition, the first event in the Figure Skating Grand Prix.