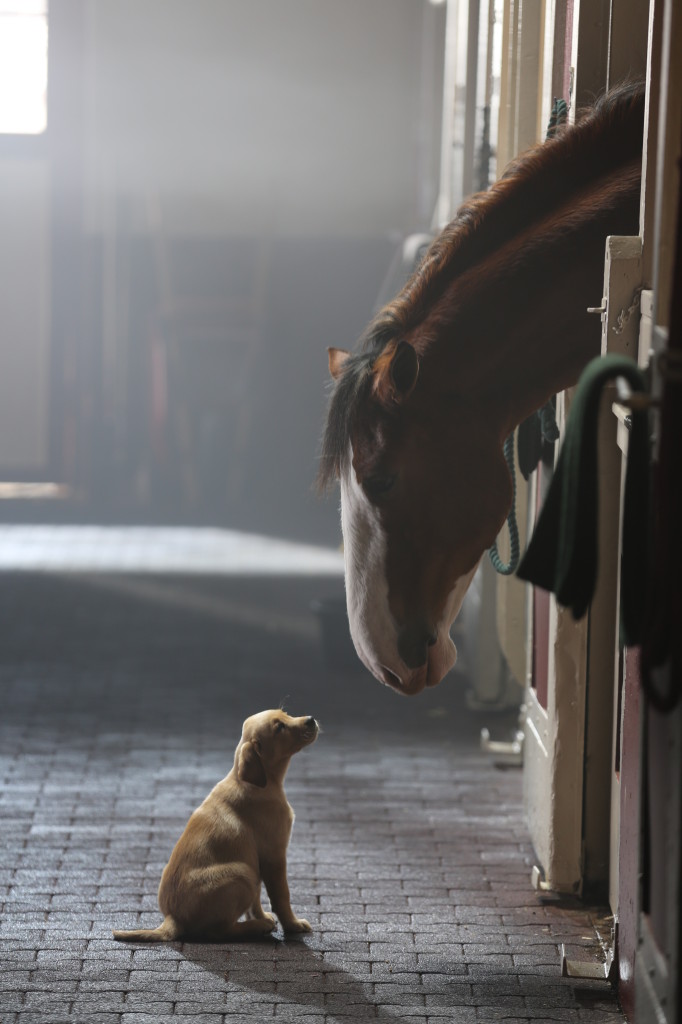 Like the Denver Broncos, second-quarter advertisements received little love during Sunday night’s Super Bowl. None of the spots that aired during that timeframe cracked into the USA Today‘s Super Bowl Ad Meter top ten.

First place honors went to an ad by the Anheuser-Busch brand Budweiser. The heartwarming “Puppy Love” told the tale of a pup who was removed from his Clydesdale friend through adoption. A team of Clydesdales arrest the car taking the pup away, leading to the reunion between horse and dog. “Hero’s Welcome,” another Budweiser ad, took third place for the night. “The premise is simple — every soldier deserves a hero’s welcome, as the spot chronicles a single soldier’s homecoming from Afghanistan,” Anheuser-Bush said of the ad in a statement.

Together, Budweiser and Doritos took the top four spots, with Radio Shack breaking the dominance with a fifth place finish for “Phone Call.” The success or failure of an ad was determined by 6,272 online panelists from around the country. It is the twenty-sixth year voting has taken place, and nearly 50 ads were under consideration.

“Puppy Love,” Anheuser-Busch explained in a press release, is a continuation of the 2013 ad “Brotherhood,” which aired during the Super Bowl last year. It also featured the iconic Clydesdales and trainer in an emotional commercial, and ultimately won USA Today‘s Super Bowl ad blue ribbon.

This year’s winner  scored a 8.29 with the viewers, placing it well ahead of the runner-up. Second place went to Doritos “Cowboy Kid,” with score of 7.58. It bested the other brands, but Bud Light, another brew owned by Anheuser-Busch, fell short. “Cool Twist” scored just 3.89, and came in dead last, giving the company bookends of the best and worst performing ads. Also at the bottom of the barrel were ads by Dreamworks, GoDaddy, Sprint, and Subway.

The other top Doritos commercial was “Time Machine” where a little boy convinces a man munching on a bag of Doritos to try his time machine, which takes the chip as a form of payment. “Time Machine,” and “Cowboy Kid” were the winners of the Doritos “Crash the Super Bowl” advertising contest.

Other commercials striking notes of togetherness and tugging on the nation’s heartstrings included Hyundai’s “Sixth Sense,” Coca-Cola’s “Going All the Way,” and General Mills Cheerios’ “Gracie,” all of which were top ten finishers. “Gracie,” like “Puppy Love,” made use of previously introduced commercial characters. It features an interracial family first seen in an ad where a little girl, Gracie, learns that Cheerios can promote heart health, causing her to pour the cereal on her napping father. This time around, Gracie is being told by her father about a new addition to the family.

Celebrities and nostalgia abounded in the ads as well. It was time for a full-on flashback with Radio Shack’s “The Call.” Alf, Mary Lou Retton, Erik Estrada, Hulk Hogan, Twisted Sister, and other notables from the 1980s show up at the store, and proceeded to take everything away except the building, all in order to pave the way for a new Radio Shack. Arnold Schwarzenegger was dressed in Bjorn Borg-worthy threads for his appearance in a Bud Light commercial, and the men of Full House were reunited in a spot for Dannon Oikos called “The Spill.”

But celebrities only paid off for Radio Shack’s self-deprecating commercial. Cameos by Stephen Colbert for Wonderful Pistachios and Scarlett Johansson for SodaStream failed to propel the ads into the top ten. Instead, it was largely tender moments that proved they could score — even late in the game. Four of the top ten advertisements came in the fourth-quarter, and six came at half-time or later.