Larry Bird said he would put up the 1986 Boston Celtics championship team against anyone. Robert Parish said that group was a top-five team of all time. The Celtics bounced back from their 1985 NBA Finals loss to the Los Angeles Lakers with one of the best seasons in franchise history.

The acquisition of veteran center Bill Walton played a significant role in Boston’s 67-win regular season. Walton added experience to a depleted bench that was a downfall during the 1985 title run. The oft-injured Walton was called upon to spell Parish and Kevin McHale in the frontcourt and played that role to perfection.

Bill Walton was the missing ingredient the 1985 Boston Celtics lacked

Before the 1985-86 season, the Celtics swung a deal that may have been the difference between runner-up and champion. After losing to the Lakers in six games during the 1985 NBA Finals, the Celtics traded veteran Cedric Maxwell to the Los Angeles Clippers in a deal for Walton.

Walton, a former NBA champion and MVP, had missed three full seasons with injuries to his feet. Although he was no longer the dominant center he was when he played at UCLA or even in his early NBA years, he proved he could shine in a limited role.

“It was a completely different role,” Walton told former Celtics forward Brian Scalabrine in a 2020 video put out by the Boston Celtics. “I was only playing a few minutes a game. My basic role was to tell Larry what the schedule was and to make sure he knew what time the game started.”

Walton and the Celtics knocked off the Houston Rockets in six games in the 1986 NBA Finals. He was named the NBA’s Sixth Man of the Year. 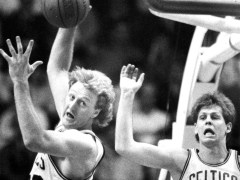 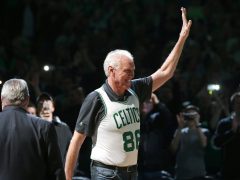 Losing Maxwell was tough. The former Celtics forward was the MVP of the 1981 Finals. He also came up big with a team-high 24 points in a deciding Game 7 against the Lakers in 1984. Nobody wanted to see Maxwell go, but Walton helped the sting of the loss subside.

In an interview with Michael D. McClellan of Celtic Nation, Parish explained what Walton brought to the table in a backup role.

“What Bill brought to the Celtics was his toughness,” Maxwell told McClellan. “He brought his knowledge of what it takes to win it all, because he was a huge part of that championship team in Portland. He was a former All-Star, a former NBA Most Valuable Player, and one of the best passing big men of all-time.

“And what made him so special that year was his humility. He had been one of the league’s greatest players. Yet, he was willing to come off the bench and provide the punch that we needed.  He set a great example for that second unit. He was willing to put his ego aside for the good of the team.  Forget about basketball; how many athletes of his stature would be willing to take a lesser role for the overall good of the team?”

Walton spent two years with the Celtics and said he was treated like family. Injuries limited him to 10 regular-season games the following year, but that magical season in 1986 still brings a smile to his face.

“And at the end of the day, we had Red Auerbach, K.C. Jones, Larry Bird, Kevin McHale, and nobody else did.”