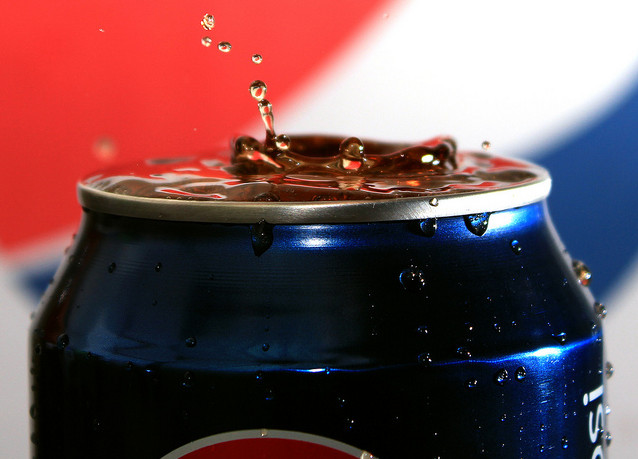 Buffalo Wild Wings  has now joined the PepsiCo  camp by announcing that Pepsi will replace Coca-Cola  as the chain’s main beverage supplier at its more than 975 locations in the United States. Reuters reported the news Thursday, explaining that restaurants often change alliances with beverage companies.

Buffalo Wild Wings’ decision to support Pepsi is significant because it reflects the beverage company’s success in boosting its snack business while also maintaining its soda one. Pepsi has been working to extend its snack business through partnerships with a number of high-profile restaurant chains, and Buffalo Wild Wings is just the latest indicator of its strategy’s success. Bloomberg Businessweek says that a similar partnership was secured last year, when Pepsi teamed up with Taco Bell to create Dorito-flavored taco shells.

Buffalo Wild Wings will introduce Pepsi, Mountain Dew, and other drink brands in the new year. The sports bar franchise expects to significantly benefit from the deal because its new partnership will help the company capitalize on Pepsi’s relationships with major sports orgnizations like the National Football League and Major League Baseball.

As an NFL corporate sponsor, Pepsi enjoys significant advertising face time during the league’s televised games. It even took its partnership one step further this year by developing fresh creative material, featuring all 32 teams on point-of-sale materials and including each Pepsi variety in NFL advertising. Buffalo Wild Wings is eager to take advantage of this longtime association, and is likely even hopeful that its new partnership will facilitate some increased publicity on the tube.

According to Bloomberg Businessweek, Coca-Cola still rules the soda industry, controlling about 70 percent of the fountain soda business in the U.S., but its younger sibling, Pepsi, has managed to offset its losses in the beverage market by driving sales of its snack items. Both Pepsi and Coke have snack divisions, and Coke has come under recent pressure to bolster its food offerings to keep up with Pepsi. One of the last times Coke lost an alliance to Pepsi was when California Pizza Kitchen decided to switch.

As for Pepsi’s new deal, no value on the association has been confirmed, and the parties are still reportedly in the discussion stages.