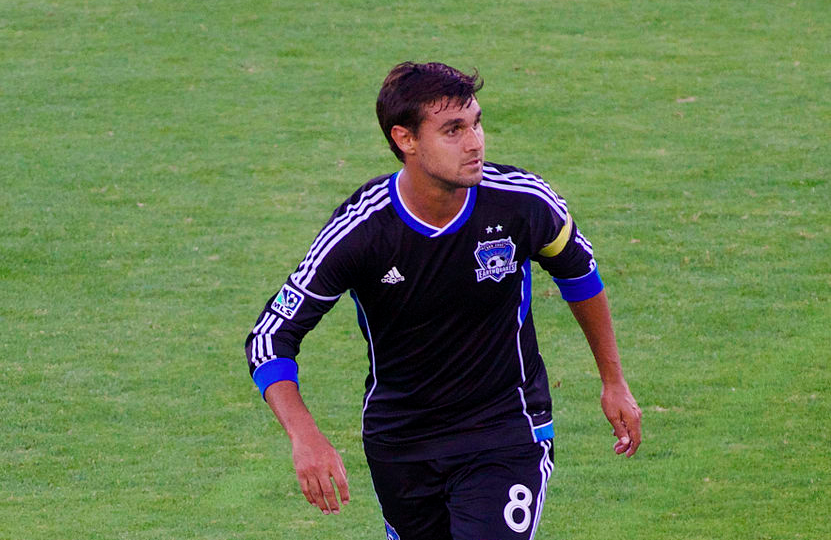 The U.S. Men’s National Team (USMNT) has one of the most difficult groups in this summer’s World Cup, paired as it is with Ghana, Portugal, and Germany. Germany has top-level pedigree and is (as always) a pre-tournament favorite. Portugal currently boasts the best player in the world in Cristiano Ronaldo, who can finish a team off with five seconds of brilliance even when the opposition knows exactly what he is going to do. Meanwhile, Ghana is arguably the best current African team and has been a thorn in the USA’s side during the past two World Cups.

With the team’s 23-man roster decided well before FIFA’s June 2 deadline, there is one name on the list that we’re eyeing: Chris Wondolowski.

Wondolowski, a forward, is considered a late bloomer by many American soccer fans. The 31-year-old has spent his entire professional career in the MLS, splitting time between the San Jose Earthquakes and the Houston Dynamo. He was never in the national team conversation until the end of the 2010 MLS season, when he scored 18 goals.

Fast forward to May 2014, and Wondolowski is going to Brazil. He’s going to be under a lot of scrutiny because he is the only striker who has not plied his trade in Europe at some point in his career. Some people say he shouldn’t even be on the final roster because he lacks the pedigree of the other forwards. Six months ago, we would have agreed with them.

However, the South Korea friendly on February 1 revealed what Wondolowski offers that no other striker in the U.S. pool does: His two goals in that match reminded us of a certain other striker named Ruud van Nistelrooy. No, we’re not crazy! While there is a ways to go before we can compare the skill level of these two players, both do employ a similar strategy. Both are poachers who hang around the box and find themselves in positions with the ball right in front of goal; neither does well as a lone striker because he relies on service.

Most would argue that Wondolowski has scored against under-strength teams, but that changed when he made it past the U.S.’s bitter rival, Mexico, in April. Anytime a U.S. player scores against Mexico, his name will be forever linked with that rivalry. Before the South Korea match in February, Wondolowski had only scored in matches in which the U.S. dominated and other players also got on the sheet. Wondolowski scoring both goals in a 2-0 win against South Korea shows that he can be the difference maker. This wasn’t the strongest South Korean side, but they were competitive and stifled the U.S.’s all-time leading goal scorer, Landon Donovan.

Now, we’ll assess some pros and cons to Wondolowski’s addition.

1. He has scored all of his nine career goals in his last 10 USMNT games. U.S. head coach Jurgen Klinsmann has been known to say goals are goals, no matter where they are scored. Seeing how all of Wondolowski’s goals have come within the past year, he may be catching fire at the right time.

2. Seven of his nine goals for the U.S. have been one-touch finishes. The other two have been very quick two-touch finishes. All have been scored in the penalty area. He can change a game with one touch. This could be a big key going against the likes of Portugal and Germany, as neither give up many chances. But if they do, you would want someone who only needs to touch the ball once to put it in the net.

3. Former U.S. coaches have always had a habit of calling up the leading American MLS goal scorer at the time. This has occurred for various matches, and those men all got a shot with the best roster available (Conor Casey, Taylor Twellman, Brian Ching, etc.). Now that Wondolowski is in going to Brazil, he will train with the top American players and can benefit from the passes they will feed him.

4. Since he’s been on this scoring streak, he’s yet to start a match with the full “A squad.” We can’t truly tell how hot this streak can be until he is with the best USMNT players.

5. Wondolowski is an old-school poacher. He’s not as athletic as Jozy Altidore, nor is he a smooth dribbler who can create his own shot like Aron Johannsson, but none of these players rely on positioning in the box as much as Wondo. He thrives off finding those little pockets of space between defenders and pouncing on either a pass or a loose ball bouncing in the penalty area. He offers something these other forwards do not.

2. Wondolowski knows Belize and Cuba are not the standard. He’ll need to show the same thing against higher-level teams. He’s only done that once (against Mexico) in his 19 games with the USMNT. The United States played Azerbaijan on May 27, will play Turkey on June 1, and face Nigeria on June 7. He needs a goal to show that his game is still improving. If he doesn’t score, it will be hard for him to get off of the bench.

3. It took him nine matches in more than 2.5 years to register his first U.S. goal. He completely underwhelmed in all of those nine matches, especially in a 2011 Gold Cup match against Guadeloupe.

4. He has never scored outside of the United States. Six of his goals have been in the Pacific time zone and the other three have been in the Mountain time zone. Seeing how the World Cup is in Brazil, this statistic does not bode well for him.

5. Wondolowski has nine goals, but he should have a lot more. That argument postulates that he needs a bunch of chances in each game. In what could be a tight World Cup group, a U.S. striker will get one chance — two if the team is playing well.