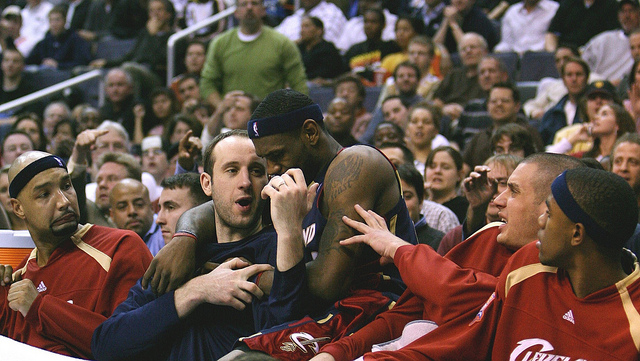 Before Game 2 of the Western Conference Finals between the San Antonio Spurs and the Oklahoma City Thunder, a game which would ultimately result in the biggest loss OKC’s had since being swept from Seattle, Legendary NBA power forward and TNT analyst Charles Barkley called in to ESPN‘s SVP & Russillo to talk hoops. He touched on the 2014 draft class, calling it “one of the deepest drafts in a long time,” who he’d take No. 1 overall — he says he’d seriously look at Embiid first, but probably go with Parker — and what he thought about players leaving teams in order to maximize their own success. The conversation quickly shifted to LeBron James.

Barkley, who left Philadelphia for Phoenix similarly to the way LeBron left Cleveland (although there was no hourlong ABC special), said that, while he never wanted to leave Philly, the “two years of a nightmare” hearing about how he was being traded amid a “stupid organization” finally led to him send his agent to their front office to deliver a message that was 100 percent Barklesian: “I don’t want to be a jackass, but I’m not coming back here.” The differences, of course, are that Barkley, by his own admission, didn’t want to make it a public spectacle (James, obviously, had no such misgivings) and the fact that no one was seriously thinking Cleveland would trade LeBron.

The Round Mound of Rebound then jumped on the Miami Heat, saying that “it’s going to be difficult for them to win a championship this year, and they’re only going to get older,” that Miami was going to have a very interesting offseason, and the bombshell — that he’d always thought LeBron was going to go back to Cleveland. Prompted by the hosts, Barkley laid out his ideas on what the return of King James would entail. 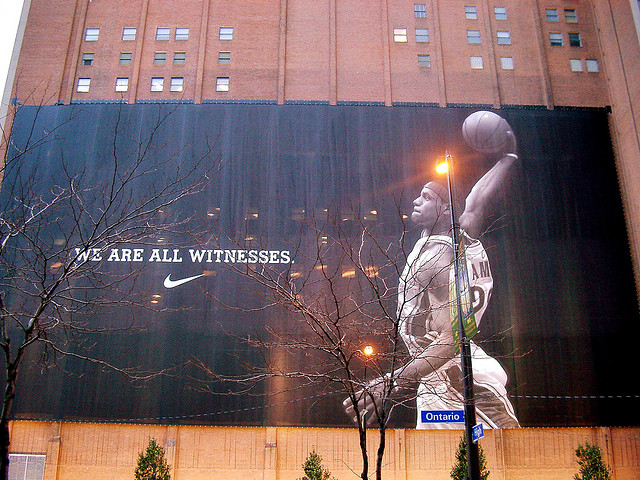 “I always thought he was headed back to Cleveland,” Chuck said, “[but] nobody dislikes LeBron. I think LeBron made a huge mistake with that Decision crap. He’s come back and since admitted that. That’s the only thing people hold against LeBron. He’s a great player, a great person. I really do hope he goes back to Cleveland.

“Those fans in Miami are not real fans; those fans in Cleveland are real fans. I’ve always hoped he would go back to Cleveland. That would be a great way to finish his career.”

The discussion was prompted by Cleveland’s surprise snagging of the No. 1 pick in the 2014 NBA draft, a move that had a 1.7 percent chance of actually happening. If James did rejoin Cleveland, it would be to bolster a core of Kyrie Irving and, well, nobody else of mention. Odds are, though, that LeBron stays as far away from the terminal dysfunction of the Cav’s front office as humanly possible — even if it would be a nice bookend to his career.