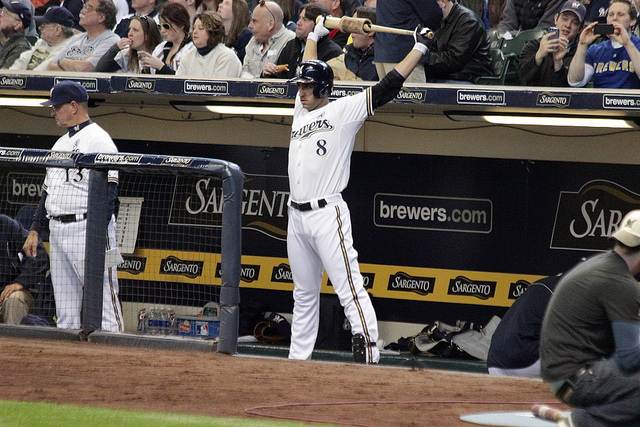 Ryan Braun, the 30-year-old left-fielder and third baseman who was also one of the posterboys for the Biogenesis scandal, returned to play for the Milwaukee Brewers today after sitting out a 65 game suspension for his role in the scandal. Braun, who had set sample collector Dino Laurenzi Jr. out to the wolves in an effort to keep his name clear, was eventually tasked with, and accepted, a 65 game suspension from the MLB.

In a statement Braun released at the time of the suspension, he attributed the PED use to an injury that wasn’t recovering properly in 2011. “I turned to products for a short period of time that I shouldn’t have used. The products were a cream and a lozenge which I was told could help expedite my rehabilitation.” Braun described in the statement, “It was a huge mistake for which I am deeply ashamed, and I compounded the situation by not admitting my mistakes immediately.”

When the Brewer says he did not admit his mistake immediately, he refers to his statements after the baseball arbiter’s decision — a decision that ruled in favor of Braun, and against Laurenzi Jr. “There were a lot of things that we learned about the collector, about the collection process, about the way that the entire thing worked,” Braun said. Then, “that made us very concerned and very suspicious about what could have actually happened.”

Perhaps all the moralizing is missing the point. Braun has served his sentence, is still playing in the MLB, and — most importantly for Brewers fans — is playing well, helping the Brewers start off their 2014 season with a win. Plus, fans of every baseball franchise have cheered for one steroid user or another, even ‘The Best Fans in Baseball’ (Cards fans) cheer loudly for Mark McGwire whenever his visage appears during a pre-game or a post-game or a during-game shot. People cheer for A-Rod. Well, Yankees fans cheer for A-Rod.

That’s the key takeaway. It’s only bad when other fans are doing the ovation-ing. Which, for the fans of the other 30 franchises in the MLB, is great news. Moralizing is just as much a National Pastime as baseball, after all.