When Michigan State defeated Ohio State this past weekend, the race for the Big Ten title became a jumbled mess. Everything — that being the Buckeyes’ past and present conference dominance — was flipped upside down. Though they certainly remain in contention for the coveted College Football Playoff, as Saturday was their only loss of the season, it also meant they’d likely fall short of the Big Ten championship game. And let’s be honest: If the Big Ten’s going to get a team in the Playoff, that team will need to win, or at least play in, the conference final.

But Ohio State’s run isn’t necessarily done. Neither is the University of Michigan’s, despite the Wolverines’ loss to Michigan State early in the year. And though the Spartans are the only team in the Big Ten East that can decide its own fate, their destiny is by no means decided either. One sure thing, though, happens to come in the form of Iowa. The Hawkeyes have clinched the Big Ten West, and barring an upset loss to Nebraska this weekend, they remain in good shape.

There are four teams in the conference with Playoff relevance. While Michigan might be a long shot, the Wolverines can still affect how the Big Ten stands. Michigan, however, will need a few things to go its way. Needless to say, the Big Ten standings look like a twisted novel. Thus, considering the potential ramifications the Big Ten may have on the Playoff, here are four potential outcomes for next weekend’s lineup and the likely Championship game. 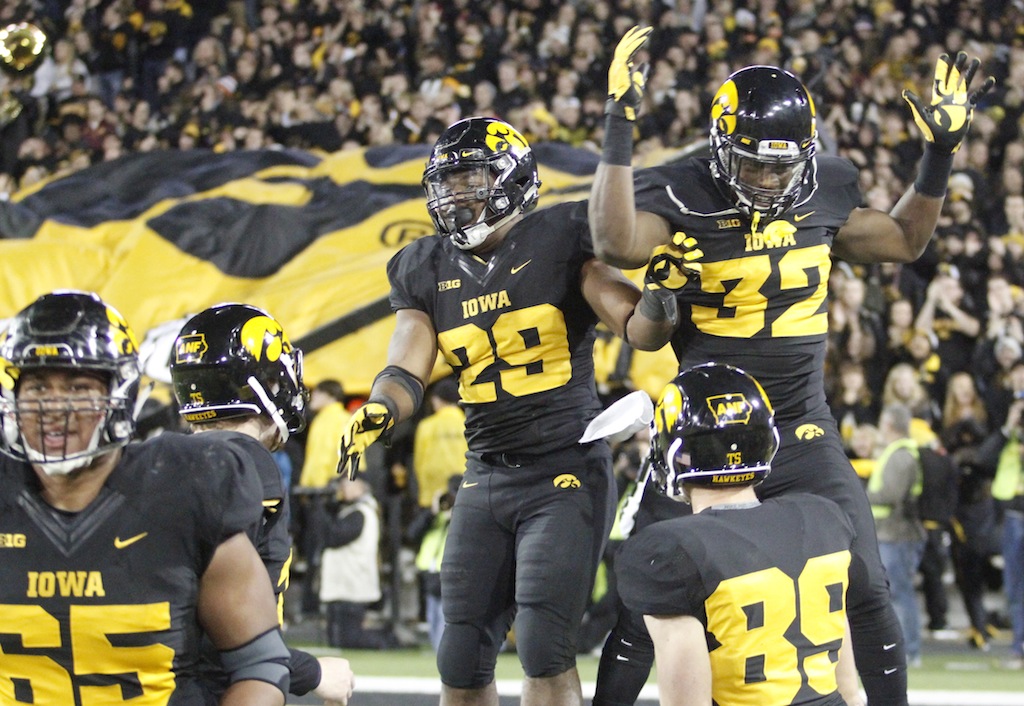 To start, let’s assume that Iowa wins its regular-season finale. Again, playing Nebraska on the road is no small task (i.e. this might be a curse-worthy assumption), but let’s plan on a win for Iowa. Then, the Hawkeyes will play a top-ranked team in either Michigan State, Ohio State, or Michigan. Considering that Iowa was No. 3 in last week’s Playoff rankings, it seems very likely that if the Hawkeyes can win out — including a big victory, no pun intended, in the Big Ten championship — they’ll find themselves in the Playoff.

But there’s something holding Iowa back: its strength of schedule. The Hawkeyes currently have the worst strength of schedule of the nation’s top 15 teams. Based on this, and considering that the selection committee clearly puts a lot of weight on a team’s resume, a one-loss Iowa won’t impress many people. 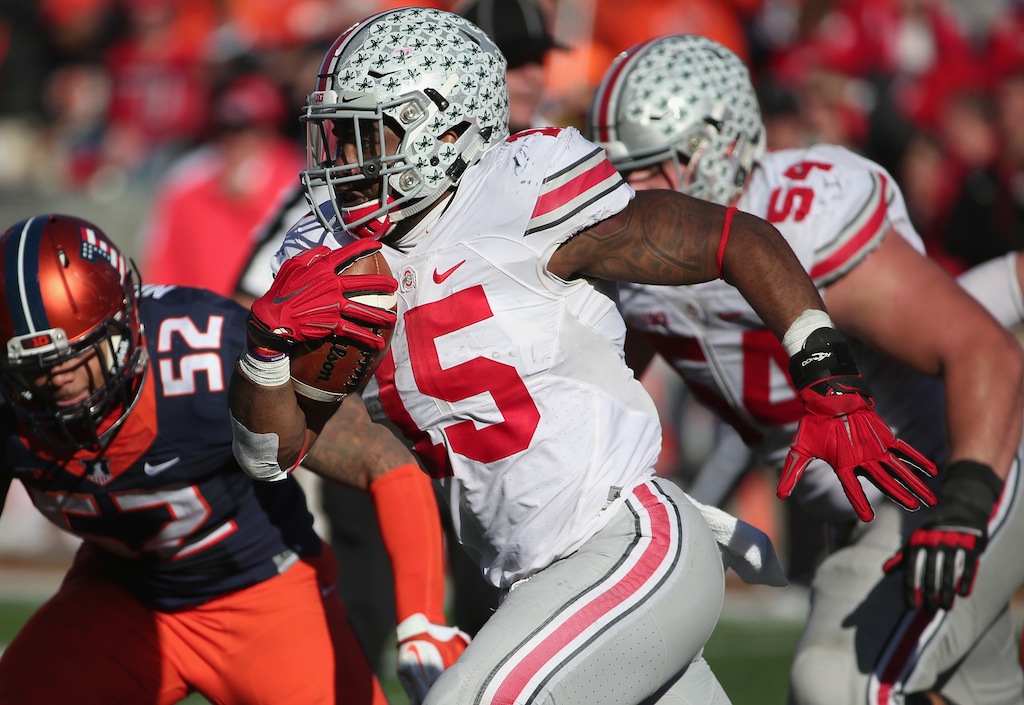 As mentioned, Michigan State is the only team in the East that has a guaranteed spot in the Big Ten finale. Thus, this next scenario follows a Spartan victory over Penn State next weekend — no small feat. The Nittany Lions gave Michigan a battle on Saturday and will assuredly bring their best game to East Lansing. But with the conference and in turn a potential Playoff spot on the line, as well as Michigan State playing in front of its home crowd, the Spartans will be amped up.

A matchup of Iowa against the Spartans in the Big Ten Championship would have far-reaching playoff implications. One might even say that whomever wins should make the final four. However, Michigan State has a loss — occurring late in the season, which the committee doesn’t look too highly on — and there are a lot of good one-loss teams. Similarly to Iowa, if the Spartans can win out and beat the Hawkeyes for the Big Ten title, they’ll make a strong case for a spot in the Playoff.

This is where the situation gets a little murkier and naturally more interesting as this situation ends with Ohio State defeating Iowa in the Big Ten championship. A few things need to happen though. First, the Buckeyes need to beat Michigan in Ann Arbor this Saturday. After the apparent turmoil following its loss to Michigan State last weekend, Ohio State will enter this Saturday’s game as the underdog — something nobody saw coming.

Second, Michigan State needs to lose to Penn State. Despite the Spartans’ one loss to Nebraska, they have the tiebreaker (head-to-head victory) over the Buckeyes. Even if all of this occurs, Ohio State then must beat Iowa to even have a chance for the Playoff. But as we know from the Buckeyes’ postseason run a year ago, no one is ever really out of consideration if they can generate big, late-season wins.

This last possibility looks oddly like the previous one. Only here, Michigan beats the Buckeyes on Saturday and Michigan State similarly loses to the Nittany Lions. This would result in a Michigan-Iowa matchup in the championship game. If the Wolverines could somehow win that game, then they’d enter the final rankings with an 11-2 record and back-to-back wins over top-10 teams.

While Michigan would probably be the only two-loss team with a chance to make the Playoff, it would still be a long shot. Then again, the humanization of the selection process might benefit them because the committee can take into account the Wolverines’ last-second loss to Michigan State. Just as Michigan’s road to the Big Ten Championship is littered with turns of fate, the road to the Playoff is even more so. Then again, crazier things have happened this time of year in terms of college football — yes, even crazier than a Jim Harbaugh sideline rant.