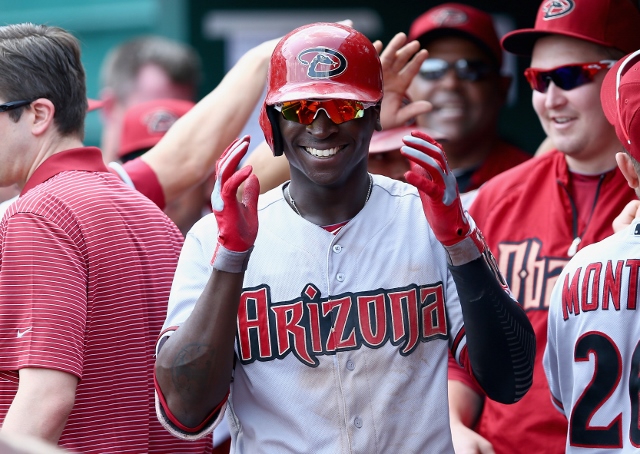 A quick look at the Yankees needs this offseason reveals numerous holes, and you could have argued the biggest one was at the shortstop position. GM Brian Cashman settled that score on December 5 with a three-team trade for Arizona’s Didi Gregorius. The Yankees sent young pitcher Shane Greene to the Tigers as the cost of securing Derek Jeter’s replacement. While Jeter’s are big shoes to fill, Gregorius’s numbers compare rather favorably to the late-year production of the departed captain. In fact, Gregorius should presents an upgrade defensively along with the potential to make an offensive contribution.

The three team deal sent Greene to Detroit, Gregorius to New York, and starting pitcher Robbie Ray to Arizona along with infield prospect Domingo Leyba in a trade first reported by WFAN’s Sweeny Murti. Tigers officials seem to be bracing for the departure of Max Scherzer with the deal for Shane Greene. In his first season for the Yankees, Greene showed promise in his early starts before tiring in his final outings of the year. He ended with a 5-4 record and 3.78 ERA, showcasing great stuff and an unflappable demeanor along the way. Greene should provide solid reinforcements for Detroit’s rotation.

Neither player going to Arizona from Detroit is accomplished on the Major League level. Along with prospect Leyba, Ray posted a 1-4 record and 8.16 ERA in 28.2 innings over the 2014 season. Besides Detroit’s acquisition, the biggest news is the Yankees are getting a new shortstop. Without the brand name, Gregorius managed to post a better slugging average and higher WAR than Derek Jeter in 2014. Of course, the biggest need from the Yankees’ perspective is run prevention from the shortstop hole. 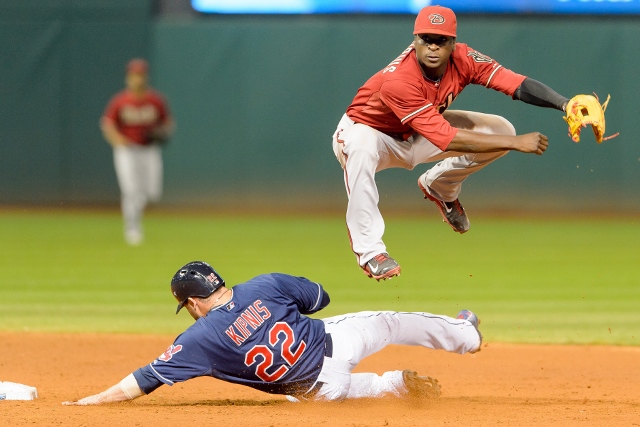 It might seem comical to compare Didi Gregorius to “Derek Fucking Jeter” before the captain’s spot at short is quite cold, but that’s what we’re about to do. Even Jeter’s greatest apologists would allow that he was a shadow of his former self over the 2013 and 2014 seasons. Gregorius, at 24 years old, delivers very fresh legs and a reputation for capably fielding his position.

Statistically speaking, Gregorius made 5 errors and posted a .983 fielding percentage in 67 games at short for the D-Backs in 2014. Jeter made 11 errors and had a .973 FP in 130 games for the Yankees. Offensively, Gregorius hit .226 with 9 2B and 6 HR in 80 games, showing he has more pop than Jeter did in his final years in the Bronx. Jeter’s isolated power (ISO) of .057 was one of the worst in baseball last season, while Gregorius showed up with a considerably better clip at .137 ISO.

According to WAR, Jeter had a negative impact on the Yankees at -0.3 WAR in 2014 while Gregorius checked in on the positive side with 0.3 WAR. For such a young player, these numbers may be tossed out the window. The Yankees should improve on defense at shortstop in the coming season. Improvement in Gregorius’s offense would be a bonus.

Brian Cashman traded a valuable chip in Shane Greene, but the move allows the front office to rest easy on the shortstop front. With a long offseason ahead, it’s still too early to count the Yankees (or Red Sox or Orioles) out in 2015.