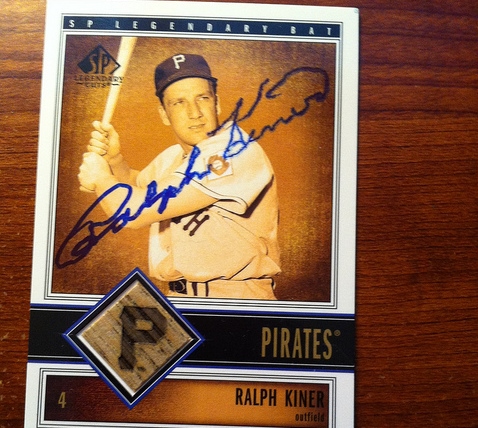 The Major League Baseball Hall of Fame announced the passing of Ralph Kiner, 91, on February 6. The man who commanded “Kiner’s Korner” as the beloved New York Mets announcer originally belted home runs to a part of Forbes Field known by the same name. Kiner was the National League’s most feared slugger in the early 1950s, the Pittsburgh Pirates’ answer to Joe DiMaggio in his success on the field and his penchant for dating famous women.

In more than 50 years as a Mets announcer, Kiner attained his status as an all-time legend for the team from Flushing, Queens. Mets Chairman and CEO Fred Wilpon described Kiner in a statement as “one of the most beloved people in Mets history … a treasured broadcasting icon for more than half a century.”

Kiner’s ability to transcend the broadcasting booth and reach his audience on a personal level separated him from the pack. With his expert knowledge of hitting and hilarious gaffes on the microphone, Kiner was a huge success as an announcer and became a figure generations of Mets fans came to adore. He was the Mets’ yin to the yang of Phil Rizzuto, the Yankees legend known for his own adventures behind the microphone.

Today’s fans may remember the late Kiner best as a Mets announcer, but he was a premier slugger during his 10 seasons on the field. Kiner put together his Hall of Fame resume by belting 396 home runs during that short time. Among his highlights, Kiner hit 54 home runs in 1949, during a run in which he led the National League in homers for seven years straight. No player has ever equalled that streak of domination in the power category, Babe Ruth included (Ruth’s streak ended at six).

Kiner’s patience at the plate underscored his imposing presence. He led the league in walks three times and finished his career with a sterling .398 on-base percentage. Though back problems cut his career short, Kiner intimidated pitchers with his right-handed swing so much that the Pirates named left field “Kiner’s Korner.” That phrase came to mean a lot of things to baseball fans for decades.

Though he didn’t amass the career stats ordinarily required for sluggers to get into the Hall of Fame, Kiner dominated the sport on such a level during his 10 years that he met the lesser-known criterion for eligibility. He was elected to the Hall of Fame by the Baseball Writers Association of America in 1975, which was the last year he would have appeared on the ballot.

Long before Kiner became a fixture on “Kiner’s Korner,” the low-budget television show that appeared after Mets games, the slugger was a ladies’ man linked to Elizabeth Taylor, Janet Leigh, and Nancy Chafee, the tennis star who was his first wife. Kiner’s charm never left him, but he was also known as one of the funniest announcers for his gaffes in the broadcast booth.

Tim McCarver, who shared the booth for 16 seasons with Kiner, told the New York Times of a few classic moments. In one, Kiner was leading to a commercial break and tried to mention a sponsor, American Cyanamid. Something became lost in translation, as Kiner said the pitching change was “brought to you by American Cyanide.”