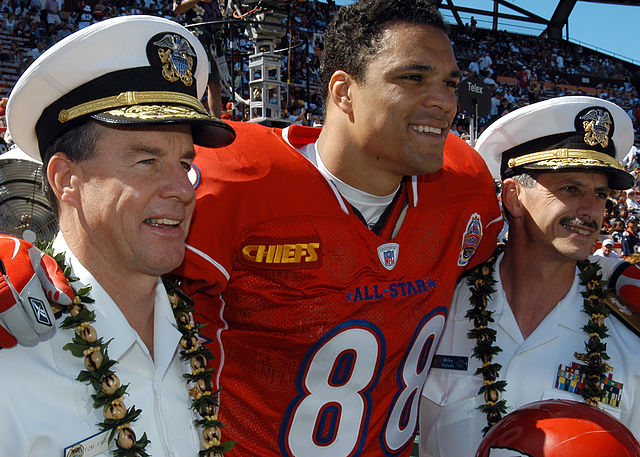 After 17 years, Tony Gonzalez finally retired. The legendarily reliable Tight End never won a championship, but the 14-time Pro Bowler (not a typo) did win a role on CBS’s football analysis show, The NFL Today. Gonzalez will fill the space left by departing hosts Dan Marino, former Hall of Fame quarterback for the Miami Dolphins and key plot point to the 1994 Jim Carrey comedy Ace Ventura: Pet Detective, and former Ravens and Broncos Tight End Shannon Sharpe, who is also in the Hall of Fame but was not featured in the film.

Gonzalez, who finishes his career as the most decorated Tight End in the history of the sport, will certainly join them in the Hall of Fame one day. As the NFL’s position leader in career yards, receptions, and touchdowns, as well as the all time leader in consecutive seasons with two or more touchdowns and all kinds of exponential reception records, Gonzalez brings a high-level perspective to a CBS cast that includes football broadcast namestays Bill Cowher, James Brown, and Boomer Esiason.

After playing for the relatively uncompetitive Kansas City Chiefs from 1997 until 2008, Gonzalez was granted a trade to the Atlanta Falcons at the beginning of that season. The Falcons acquired the Gonz for a second-round pick. 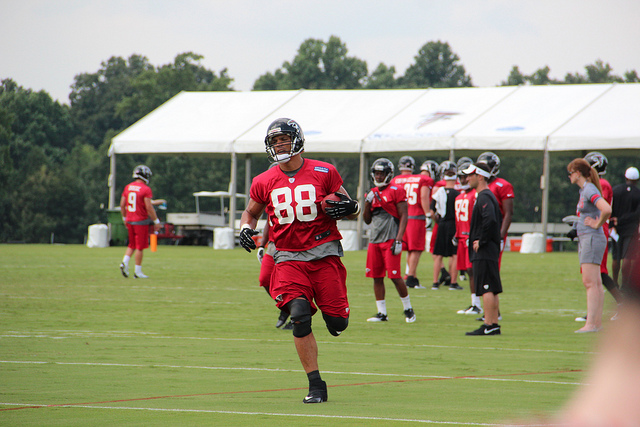 The Falcons would never end up seriously contending for a Super Bowl. While Gonzalez piled up the regular-season records he would only make it past the first round of the playoffs once — in 2013 when the Falcons lost to the San Francisco 49ers in the NFC Championship. He’d almost retired then, but was convinced to give it one more go-around after finally coming close to the Superbowl. The 2014 Falcons finished 4-12.

“Having just stepped off the playing field,” said CBS Sports Chair Sean McManus, “Tony brings a fresh and insightful perspective. As a future Hall of Famer, we are excited for him to share his knowledge, experiences and opinions with our viewers.” Unfortunately, he won’t be able to tell us about lacing up with Ray Finkel.