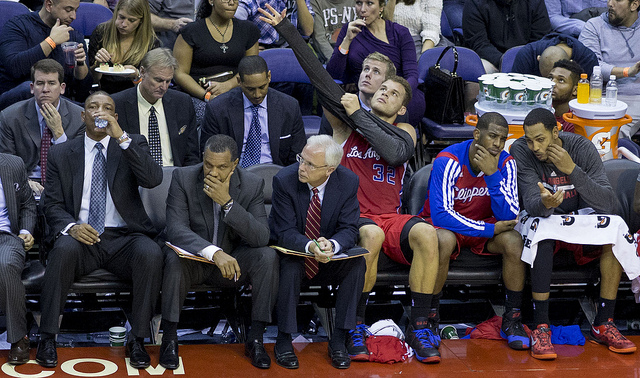 It’s got nothing to do with the fact that Chris Paul still hasn’t made it out of the second round. On Wednesday, Clippers owner Donald Sterling — who was handed a $2.5 million dollar fine, the largest allowable fine under the NBA constitution, and all but promised he would be removed from his ownership position by the league after recordings of him in the midst of a racist rant surfaced online — is now letting the people know, through his lawyers, that he’s going to fight the ruling. That starts with the fine.

“We reject your demand for payment,” a letter from Sterling’s lawyer, Maxwell Blecher, told the NBA, per Sports Illustrated. The legal team also said that in the case of Sterling’s leaked audio, “no punishment is warranted.” Blecher is an antitrust lawyer with a background in sports. Most notably, he’s the guy that helped the LA Coliseum sue the NFL and pave the way for the Raiders to spend a brief stint in LA. In the letter, Sterling and company are claiming that he did not violate any aspect of the NBA constitution, and that Sterling is being denied his due process rights. Due process doesn’t actually exist with regards to private organizations, and as SI put it, “Sterling, moreover, contractually assented to the NBA’s system of justice through various contracts, including his franchise agreement to purchase the Clippers and the joint venture agreement, which indicates the NBA has binding authority over the teams.”

As for the $2.5 milli0n, Brian Windhorst tweeted that, “Donald Sterling can refuse to pay his $2.5M fine all he wants to make statement, but league will just withhold it from TV payout money.” So there’s that. While Jeff Van Gundy alluded to the fact that the league occasionally returns fine money after the fact, during the Clippers-Thunder broadcast last night, our suspicion is that the estranged owner won’t be seeing that cash any time soon. 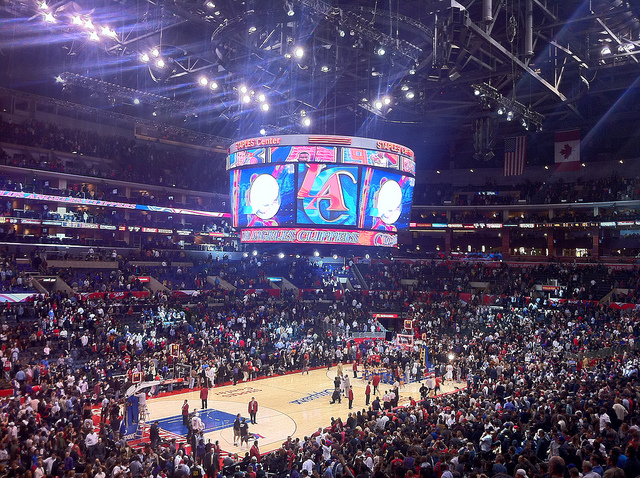 The NBA’s case, helpfully broken down by Sports Illustrated‘s Michael McCann, revolves around a provision in the NBA Constitution that prohibits owners from failing or refusing to fulfill their obligations to the NBA “in a way that affects the Association or its members adversely.” It’s Article 13(d), if you want to look through that PDF (and it’s on page 37 of the 92 page file, to save you some time.)

The NBA’s logic, per that article, breaks down thusly: accuse Sterling of violating Article 13(d), via Article 14(a), the part that allows a member of the league to throw down that accusation, which leads to article 14(g), which is the part you’ve probably heard about that says 3/4ths of the Board Of Governors — aka the owners that aren’t Sterling — get to vote on whether to terminate his ownership. That goes for his wife, too, says the NBA. If that happened, the NBA would take control of the Clippers, similarly to how they took control of the Hornets until a sale could be made.

If Sterling is serious about a scorched earth policy on his way out of the NBA, he could “attempt to use pretrial discovery to portray NBA owners as hypocritical,” said McCann. “He’d argue that if he is being expelled over bigoted comments, he’d want to know why other owners haven’t suffered the same fate over similar statements.” The argument from the league, hypothetically, is that the expulsion is due to the fallout from his conduct, rather than the comments themselves. All signs point to this being a protracted legal battle.