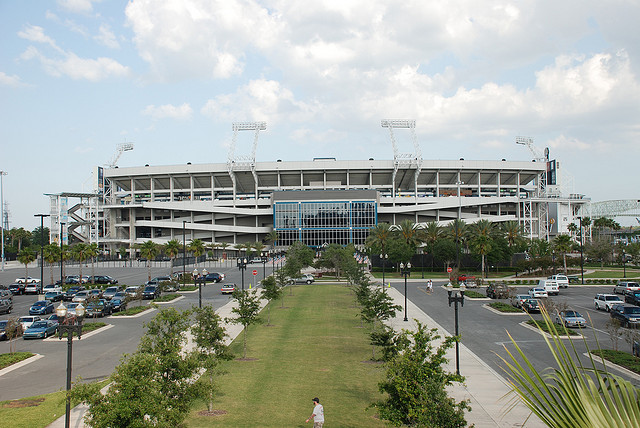 The Jacksonville Jaguars, who have compiled an 11-37 record over the past three years and last fielded a winning team in 2007, have downsized EverBank Arena. Sort of. The Jags sacrificed just under 10,000 seats to build a series of cabanas on what the company described as a two-tier “party deck,” complete with a pair of pools. Because, you know, why watch the football game?

“We wanted to take areas in our stadium that were underperforming and get creative,” Jaguars exec Chad Johnson (no, not that Chad Johnson) told ESPN’s Darren Rovell. “It’s no secret that we’ve had tarps on seats, so we wanted to turn that around and build premium areas.” This represents a rare moment of honesty from an, ahem, less-than-successful NFL franchise, especially in a sport that essentially exists with its own money factory.

Even for a team that’s as unluckily averse to winning as Jacksonville, the franchise was still worth $840 million in 2013, according to Forbes. The Jags actually pulled in double and triple the revenue per fan than their immediate contemporaries in Oakland and St. Louis, respectively, but when your stadium is so empty on a game-to-game basis that your owner makes Electronic Arts pull the plug on realtime crowds in Madden, there probably need to be some changes. Hence, cabanas. 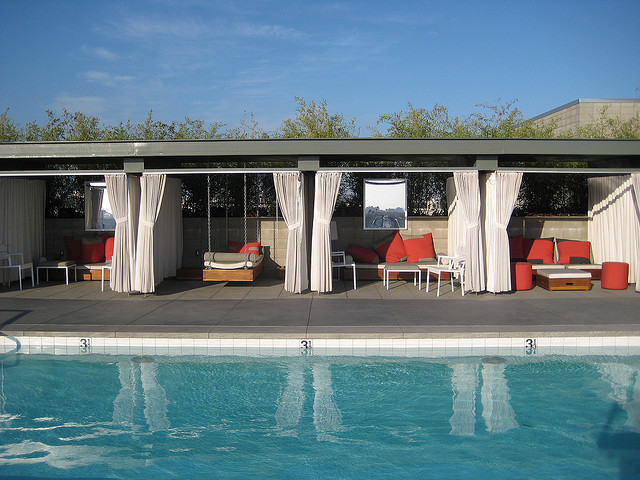 The nuts and bolts of the operation? Each of the four poolside mega-tents that the Jags are constructing will be rented out for $12,500, accommodating up to 50 people each, while the 12 other planned upper-level spots are expected to run at $3,000 a pop and hold up to 20 people in each slot. Running some quick math, the Jags have replaced 9,500 seats with space for 560, but that space will look decidedly more full to cameras and other fans, especially since the 8,990 spots that might’ve been filled, at least a little bit, by Jags fans will be dispersed throughout the rest of the arena.

Prior to the change, by the way, the Jags’ stadium had the capacity to hold just over 67,000 fans. For college games (as EverBank Field is a multipurpose stadium), extra bleachers are added at the opposite end of where the new construction is to take place. According to the Rovell article, the Jaguars cite the high turnover in the city of Jacksonville as part of the reason why the team has had difficulty attracting fans to games with any consistency.