But what really has people talking is the big show the teams put on for football fans. According to National Football League numbers, 55.9 million viewers tuned in to the battle, up almost 14 million from last year. At the center of this unforgettable game were two young, stud quarterbacks: Colin Kaepernick and Russell Wilson. They’re known as players who have developed very quickly for having such short careers. And as they’ve both made it to the championship level of the NFL playoffs on solid teams in the same division, their rivalry is sure to blossom as the years go on.

Let’s take a quick look at these field generals’ accomplishments. 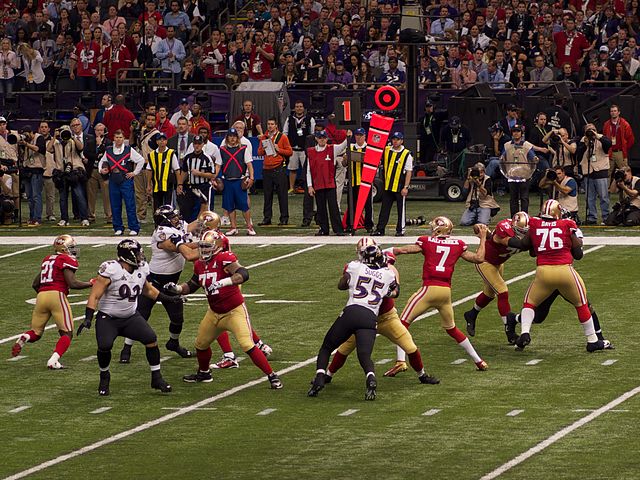 Taken by the 49ers in the second round of the 2011 NFL draft, the University of Nevada’s Colin Kaepernick was originally slated to be a backup quarterback. That was definitely the case until he played brilliantly while filling in for starter Alex Smith when the latter was injured in the 2012 season. Since then, Kaep has taken over the top spot, and Smith was traded to the Kansas City Chiefs. Setting an NFL record for most rushing yards by a QB in a game with 181, Kaepernick took the Niners to last year’s Super Bowl.

Though they came up short in that game, he has stood out as a mobile quarterback who can throw with good accuracy on the run. But during Sunday’s loss to the Seahawks in the NFC title game, he struggled under pressure. Still, the young player has impressive skills. Not many QBs have led their teams to two straight NFC title games. While at the University of Nevada, Kaepernick was named the 2008 Humanitarian Bowl MVP, and he was also a two-time Western Athletic Conference Offensive Player of the Year.

Kaepernick’s solid play has made him a big villain for Seahawks fans, who have found all kinds of ways to show their distaste for the young star. 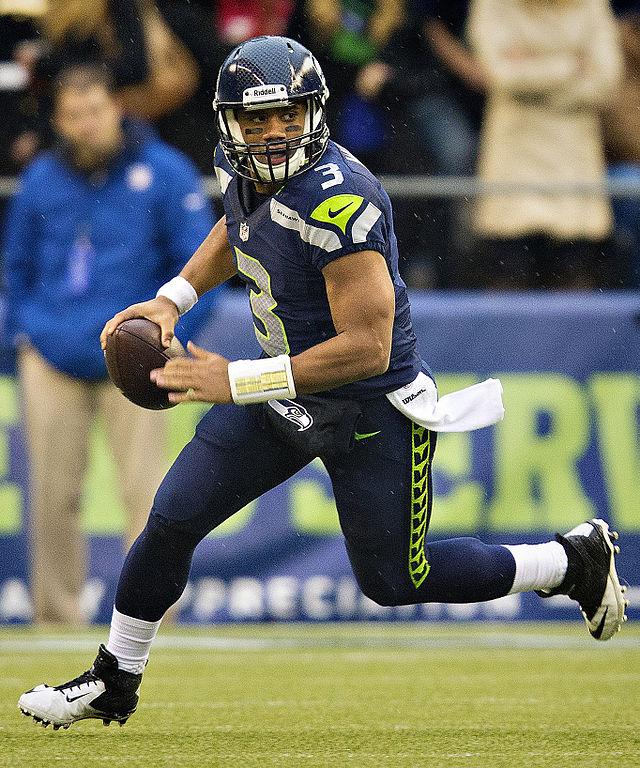 Seattle Seahawks coach Pete Carroll got a diamond in the rough when he picked the University of Wisconsin’s Russell Wilson in the third round of the 2012 NFL draft. Wilson led his college team to the 2012 Rose Bowl and a Big Ten title, and since becoming a professional player, he has shown the arm strength to make great throws and demonstrated the athleticism to run for first downs.

But what the Hawks love most about this second-year player are his intangible qualities. Wilson has strong leadership skills and makes smart decisions with the football while under intense pressure. Maybe that’s why he took his team to the divisional playoffs in his rookie year and has them in this year’s Super Bowl. He has already been selected to two Pro Bowls, won the 2012 NFL Rookie of Year award and notched the most wins by a quarterback in his first two NFL seasons (24).

Now Wilson will face a huge test, taking on future Hall of Fame quarterback Peyton Manning in the biggest game of his young career. To be such a successful, efficient player in only two seasons is one thing — to bring home Seattle’s first championship would be an unbelievable feat.