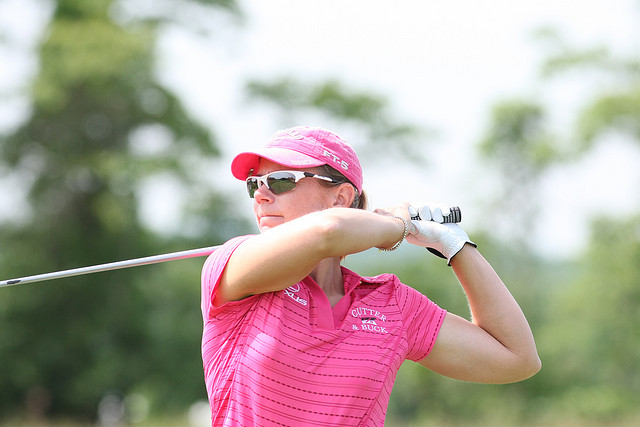 Winning an MVP award is a tricky thing in the National Basketball Association. Over the past fifteen years, the players who received the Maurice Podoloff trophy have been one of these things: either the hands-down, no-questions-asked best player of the season (LeBron James, 2013); the best player on the best team (Derrick Rose in 2012, LeBron in 2009); or the most essential player on a team that’s winning enough to be noticed (Steve Nash in ’05, Dirk Nowitzki in ’07, Kevin Garnett in ’04, Allen Iverson in ’01).

That’s a tricky thing for someone like Kevin Durant to overcome. He’s playing the best basketball of his career, putting up 31 points, almost 8 rebounds, and more than 5 assists per game. His team, the Oklahoma City Thunder, is in the upper echelon of a hyper-competitive Western Conference thanks to his Herculean efforts when his All-Star teammate Russell Westbrook went down with knee problems during the winter.

But poor Durant can’t seem to escape being an also-ran, even though he’s been sick of it since last April. He told CBS Sports: ”I was the second-best player in high school. I was the second pick in the draft. I’ve been second in the MVP voting three times. I came in second in the Finals. I’m tired of being second. I’m not going to settle for that. I’m done with it.” With that in mind, here are four players who might keep KD/The Slim Reaper/The Servant firmly in second place. 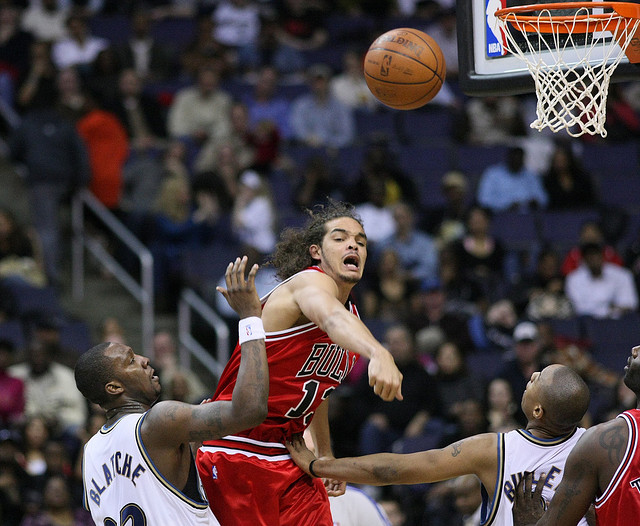 Ok, so betting on Joakim Noah to actually win the MVP instead of Durant might be a good way to lose some money, but that’s only because no one’s been paying attention to just how well Noah’s been playing this year. Ever since the fizzled comeback of Derrick Rose, Joakim has taken his game to the fabled “next level.”

How next level? Consider this: He’s averaging 12 points, 11 rebounds, and 5 assists this season. Sounds pretty pedestrian until you realize that only four other centers have ever done that before in the NBA. His peers? Walton in ’78; Kareem in ’76 and ’79; Wilt in ’64, ’66, and ’67; and Russell in ’65 and ’67. It’s a pretty short list that correlates almost exactly with winning an MVP title — the only exception is Kareem in ’79 (and technically Russell in ’67, because Wilt won it that year) — and Noah could be the first player to do this without even being in the conversation.

Joakim is the Rodney Dangerfield of the 2013-2014 season: He can’t get no respect. He wasn’t even an All-Star starter this year, something that wasn’t helped when the NBA got rid of the center position for the All-Star Game. Check out the unsung MVP of the 2014 season, Joakim Noah: 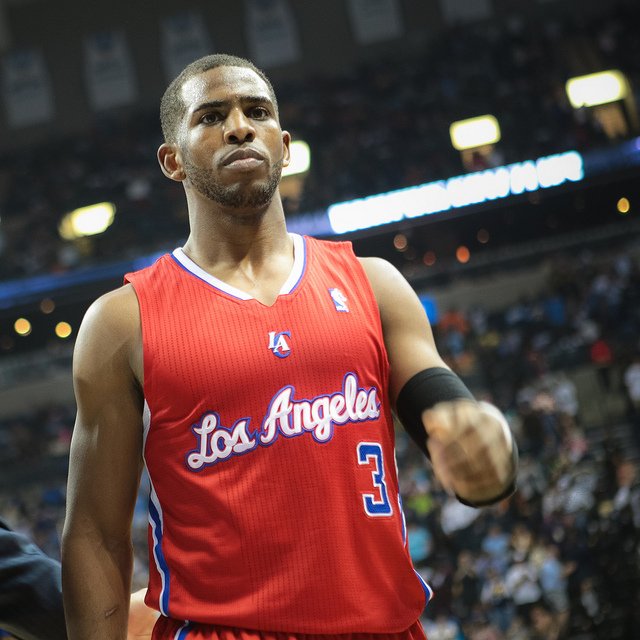 “CP3 is the best point guard in the league today” has been a common refrain almost since Paul entered the league in 2005, and he’s been in the MVP conversation as a dark horse candidate for almost as long. While his teammate Blake Griffin has received some well-deserved accolades for his progress this season — he kept the team afloat after Paul went down with a separated shoulder — Chris Paul is, again, being taken for granted.

As good as Durant is, he’s essentially a one-way player. His incredible ability to put the ball the basket belies the fact that his defense is best described with a pair of shrugged shoulders. Interestingly enough, though, Paul is better for his team offensively and defensively than KD. Seriously. Paul’s Offensive Rating clocks in just above Durant’s (Paul has a 110.9; Durant has a 109.2), which means that the Clippers score at a higher rate when Paul is playing than the Thunder do when Durant is on the floor. Paul’s defensive rating is also better than the Durantula’s (CP3 notched a 99.9 to a 101.1), which should come as a surprise to absolutely no one.

NBA.com’s MVP ladder revolves around an NBA-coined statistic called PIE: Player Impact Estimate.  While the site doesn’t reveal how the number is calculated, it purports to calculate a player or team’s contributions to the game. Durant os leading the league with a 20.7 percent PIE. Paul’s right behind him with an 18 percent rating, and Paul’s averaging 20 points and 10 assists on one of the best teams in the league. Will this be the year that he finally breaks through and snags an MVP? 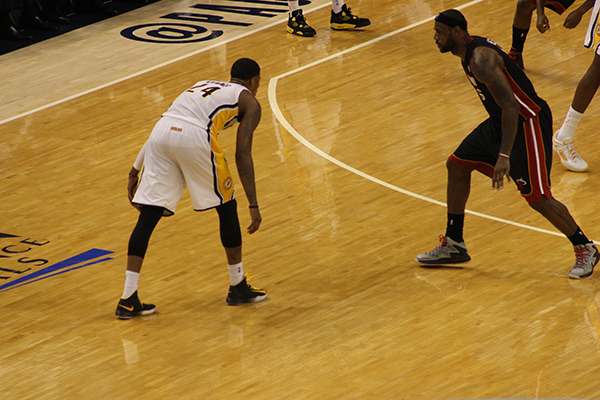 Here’s another pick that’s lost a little luster as the season’s gone on. After starting off the season as the toast of the league, Paul George has been slumping a little bit in the “star” factor. Never mind that he’s the best player on a fifty-win Indiana team that’s holding on to the No. 1 seed in the East while he’s averaging 22 points, 6 boards, and 3 assists. In the advanced stats realm, George is a much better defender than Durant, putting up a 96 Defensive Rating compared to KD’s 101.1.

Durant clearly has the edge on scoring, but George has the better team so far. Without him, the Indiana Pacers don’t become the favorites to take on the defending champion Miami Heat. If PG can right his recent shooting woes and finish off the season with the same kind of monthlong display of awesomeness that Durant showed off in January, George could make a late-season MVP push.

“[I get compared to LeBron] every day, I mean. You should really focus on how good LeBron James is. I think people should appreciate that more than always comparing guys. In our world, you want to compare everything. You judge everything. That’s just how we are.” That was Kevin Durant, speaking to ESPN in February. And he’s right. We do judge everything.

It’s worth pointing out, though, that the whole point of an MVP award is to anoint an athlete as “the most,” which is a comparison. If KD really wants to stop inviting the comparisons, he should be more vocal in insisting that he’s not an MVP candidate. Fat chance of that, so let’s compare.

The two are neck-and-neck, notching very similar advanced stats. Both have Usage Rates over 30 percent. Both have eFG percentages in the mid-60 percents. LeBron has a higher Assist percentage, but Durant turns the ball over less. With about a month left in the regular season, the MVP race is close between these two, and that’s unlikely to change once all eighty-two games are in the books.