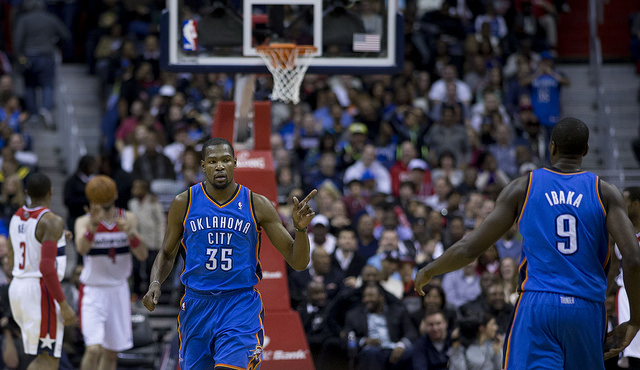 2014 has been good to Kevin Durant. The Oklahoma City Thunder wing has a new scoring record, beating out Michael Jordan by notching at least 25 points in 41 straight games; a virtual lock on what will be his fourth scoring title in five years; and a high seed in the highly competitive Western Conference. He also has the MVP blessing of LeBron James, and looks to win that award after three second-place finishes — all to James, who has won the award four times and began the season as the presumptive favorite.

“I think KD has had one heck of a season,” James said to ESPN. “And, you know, if he’s rewarded with the MVP, it would be great. It would be awesome for him, for his family. He’s played MVP-type basketball.” The forward and defending NBA champion also praised Durant’s consistency and his numbers, which are impressive even when — or especially when – compared to LeBron’s.

Averaging  32 points per game, 7 rebounds, and 5 assists, Durant’s single-season numbers haven’t been seen since James was doing his best one-man-army impression on the Cleveland Cavaliers. Before that, it was Michael Jordan in ’89, Wilt Chamberlain in ’66 and ’64, and Elgin Baylor in ’61. That’s it; that’s all. 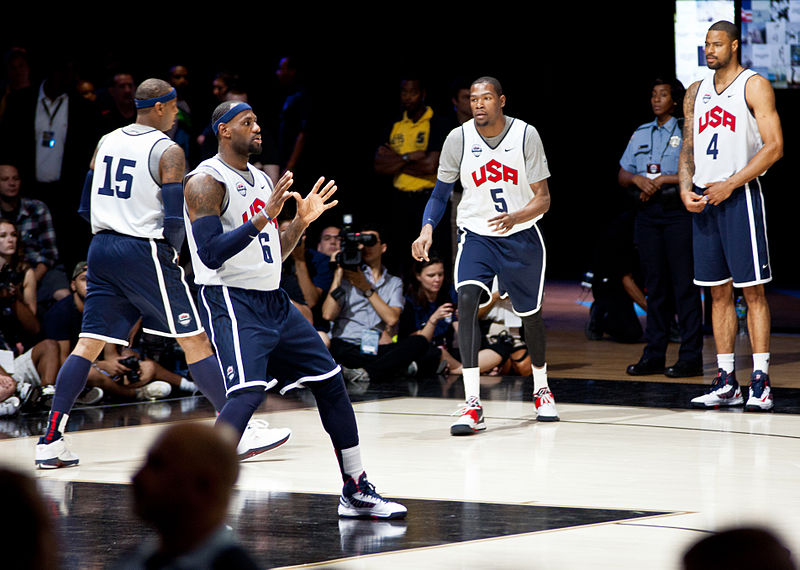 Although James would almost certainly prefer to win the MVP than not win it, he’s ceding the most-impressive regular season award to Durant as his team, the Miami Heat, look toward the playoffs. In addition to his four regular-season MVP awards, LeBron is also a two-time (back-to-back) NBA Finals MVP, and the Heat have developed into an on-switch, off-switch playoff team. That’s not a bad thing, but many of the problems that Grantland’s Zach Lowe detailed in January are still present. That the team and James are saving themselves for the post-season is obvious. That Durant’s more than made up the ground and become the best player of the 2014 regular season is equally clear.

The last time the Thunder and the Heat met in the playoffs, the Heat handily beat them to win the Larry O’Brien trophy. This season, the two teams split their pair of games. While Miami seems like a clear favorite to come out of the East, especially with Indiana’s implosion, the Thunder are far from a guaranteed Western Conference champion. For now, Durant will have to be content with his probable MVP, as well as this victory over LeBron, in January: