Let’s get this out of the way right now: LeBron’s no Marquis Daniels. He’s not even an Allen Iverson. Behind the mic, LeBron James sounds like exactly what he is — a dude having fun and messing around in the studio. James, who was rapping over Jay Z’s “Fuckwithmeyouknowigotit,” a cut off of 2013′s largely forgettable Magna Carta Holy Grail, was spitting in an Ohio studio with his friend Sian Cotton when they recorded the King’s verses on an edit they titled “Kingdom.” The spontaneous session allegedly came about during a workout.

“I just docked us off of France, killer/Shot so bright I got a tan, killer” James raps, after bringing the language down for the hook — which becomes “Roll with us, ’cause you know we got it” instead of the explicit original — “Try to catch up it’s a waste of time, grind to hard to let you take mine.” The two-minute clip came to light courtesy of TMZ.

And, of course, the denouement: “Say what you want about the King /Got money, got cribs, got whips, and, oh yeah (beep), got two rings.” The “two rings” gets the full 2 Chainz (2 CHAINZ!) treatment. So maybe the “lyrics are weak, like clock radio speakers,” but, being honest, there are many, many amateur efforts out there on the Web that aren’t even this good. 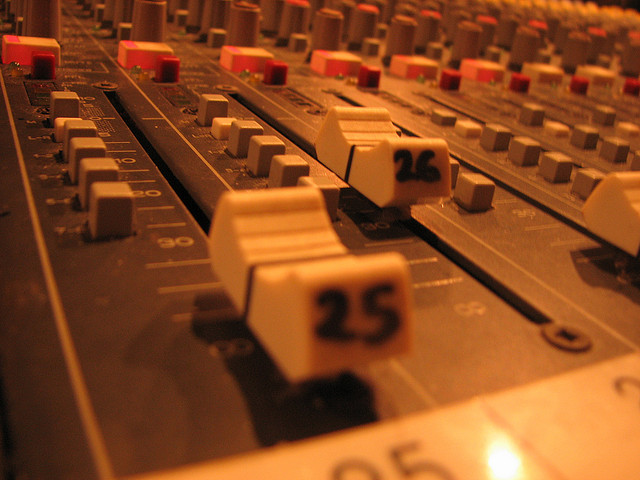 James has had a long relationship with hip-hop — no surprise, given his status as one of the best in his game and how eager MC’s are to proclaim themselves the best in theirs. If ESPN’s Grantland was created to fill the intersection of sports and pop culture, it surely filled that need better than it ever will with Amos Barshad’s excellent 2011 piece “LeBron’s Career Trajectory As Told By Rappers.” Unfortunately, Barshad neglected the best bit of LeBron-play in hip-hop: Tyler the Creator’s “Martians vs. Goblins” — “Fall back like LeBron’s hairline against the Mavericks, he lost.”

Whether LeBron will join Shaquille O’Neal, DeMarcus Cousins, Chris Webber, Jason Kidd, Gary Payton, Kobe Bryant, Tony Parker, and some of the other NBA luminaries that have put out albums (shout out to B-Ball’s Best Kept Secret) remains a mystery. What’s not confusing, though, is the inherent community that hip-hop and basketball are a part of. Ever since the rise of rap music, basketball has been interconnected with it. It’s the companion piece to the legends of Rucker Park, the soundtrack to a thousand jump shots a day. Is it really any surprise that James, who spent his adolescent years riding his bike in search of pickup games, would try his hand at the mic?