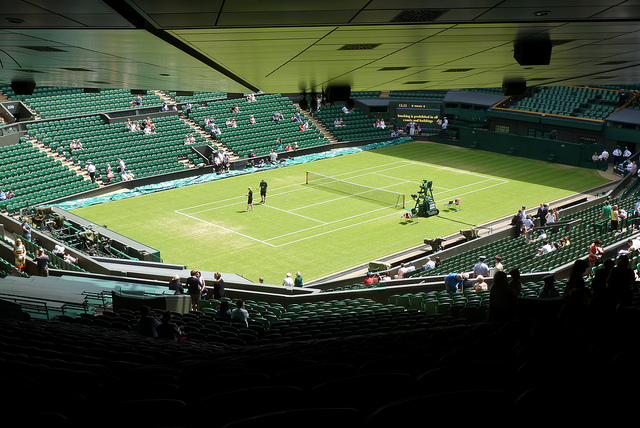 Every sport has its classic rivalries, Celtics vs. Lakers, Yankees vs. Red Sox, Packers vs. Bears, the list goes on for ages. But there is something unique about tennis rivalries. In singles, the match-ups are one-on-one, showcasing the technical skills and physical finesse of the players with a healthy dose of personality. It is hard to whittle a list down to manageable size, considering how many times the best players in the world meet in high stakes events like Grand Slams. With that said, as the first Slam of the year, the Australian Open, races toward us, we take a look at 11 rivalries that brought out the best, and worst, in some of the greatest tennis players of all time.

This pair of Aussies dominated tennis in the pre-open era. A different schedule and pace of tennis existed while the two men were active, leading to a staggering 143 face-offs. Laver notched 80 wins against his countryman, during the 14 years they were both playing professional tennis.

The two met in the finals of the World Championship Tennis finals in Dallas, in what some consider to be the greatest match of all time. Millions watched on television as the three and a half hour match unfolded 4-6, 6-0, 6-3, 6-7(3-7), 7-6, (7-5), in Rosewell’s favor. In his memoir, The Education of a Tennis Player, Laver said that, “I think if one match can be said to have made tennis in the United States, this was it.” 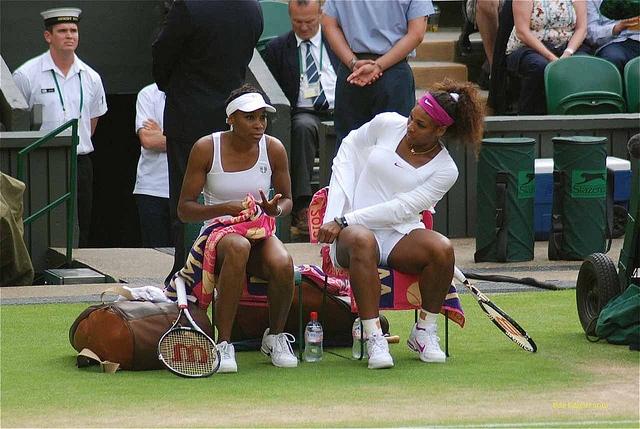 About one year separates the Williams sisters in age and time spent on the professional circuit. Both women have been active on the tour since 1995, giving tennis fans a sibling rivalry for the ages. Venus dominated the early meetings, winning four of the first five; but Serena turned the tables on her older sister as the years went on, and has won their last five matches. Serena leads their series, 14 to 10. Half of their 24 meetings have been in Grand Slam tournaments.

The rivalry remains fierce, even if it has faded slightly since the early 2000s, when the pair met in four back-to-back Grand Slam finals. The sisters’ closeness has not been affected by competition, and the two play doubles together, winning 13 Grand Slam doubles titles. When one sister loses in a tournament, it is not unusual for her to remain, and cheer the other on from the sidelines. 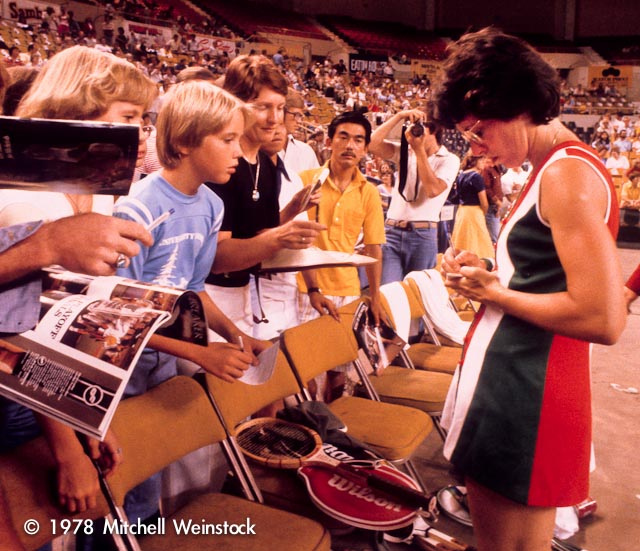 Meeting seven times is not a lot compared to other tennis rivalries, but it is where the meetings took place that define the story between Court and King. Five of their matches against each other were in Grand Slam finals, and their first meeting was a first-round, Grand Slam stunner.

Billie Jean Moffitt was playing in her second ever Wimbledon singles match, and was the unseeded opponent of Margaret Smith in the first round. Moffitt stunned the crowd, and Smith, in an 1-6, 6-3, 7-5 upset. The greatest match between the two is generally considered to be the 1970 Wimbledon final.

By then, both women had different last names, having become King and Court as we know them today. With the help of an injection of pain killers, Court was able to battle her way through an ankle injury, and King played through a knee injury that would require surgery a few weeks later. Court won 14-12, 11-9 on her seventh match point. 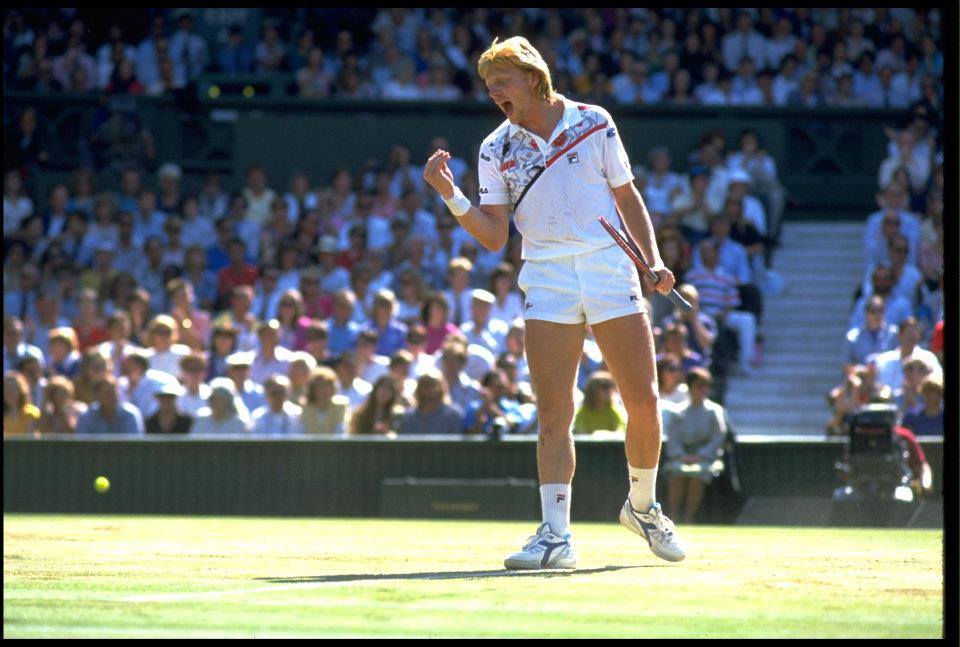 As of 2014, this rivalry has been resurrected, in an unusual way. Roger Federer has hired Edberg to be his coach for the season, and Novak Djokovic has taken on Becker. The two players will now meet through proxy, and Edberg will certainly hope that through Federer, he establishes a better record than where his with Becker stands. The men met 35 times, and Becker walked away the winner on 25 occasions.

The mutual respect Becker and Edberg have for each will keep the coaches cool during any Federer-Djokovic meetings. Although they had the same personality dichotomy seen in other great rivalries, it did not produce friction. “We were actually quite close,” Becker told The National in 2012. ”There was always tremendous respect, never any bad blood, which was astonishing given how many big finals we played. It was never personal, just the tennis. With other guys, Ivan Lendl, McEnroe, it got personal at times but never with Stefan.” The men met at three consecutive, memorable Wimbledon finals. Edberg upset the match favorite, Becker, at the first in 1988, but would go on to lose in the 1989 final, before winning again in 1990. 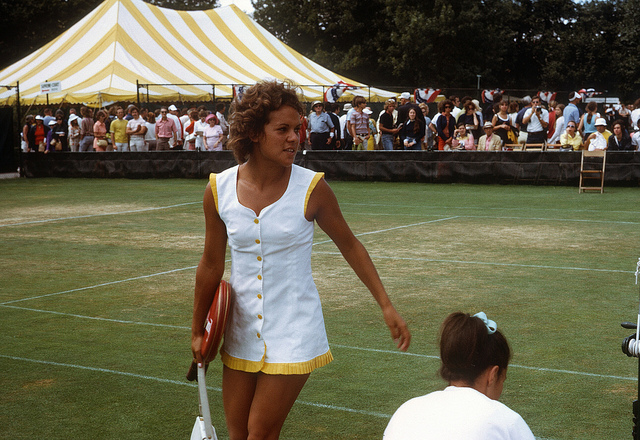 The Harvard Crimson explained in 1978 that you had to throw all predictions out the window when Evert and Goolagong played. “From the very beginning, you knew this was an Evert-Goolagong match, because nothing that happened could ever have been predicted.” The paper went on to characterize Evert as having a “composed, calm attitude even in the face of tennis disaster,” versus Goolagong’s “more aggressive style of play.” Evert went on to lose, 4-6, 6-1, 6-4.

The opposing styles of play elevated the atmosphere of the 38 times they faced each other. Evert led the way in Grand Slams (6-4) and on the tour (26-12). Sports Illustrated, discussing the previously mentioned match, called it “a landmark in a competition that dates back six years.” The rivalry started in 1972, in the semifinals at Wimbledon. “Their vintage year, however, was 1976. That year Chris won five of the seven times they met, beating Evonne both at Wimbledon (6-3, 4-6, 8-6) and at Forest Hills (6-3, 6-0).”

They shared a taste in headbands, and were both epic tennis players; but personality-wise, the two could not be further apart. The fourteen meetings between the calm, composed Swede and firebrand American left them with 7 wins apiece. McEnroe ended Borg’s winning streak at Wimbledon in 1981, and shortly afterwards, Borg retired, preventing any future matches between the two.

One of their most remembered clashes was the 1980 Wimbledon final. It was McEnroe’s first, and he stepped onto Centre Court to loud boos from the audience. Undeterred by — or perhaps accustomed to — the reaction, McEnroe took the first set, before losing the next two. In the fourth set, the two battled out a 22 minute tie-breaker, which McEnroe finally won 18-16. With no tiebreakers played in the final set, Borg has to fight his way to win 8-6, taking the set, the match, and the Championship. 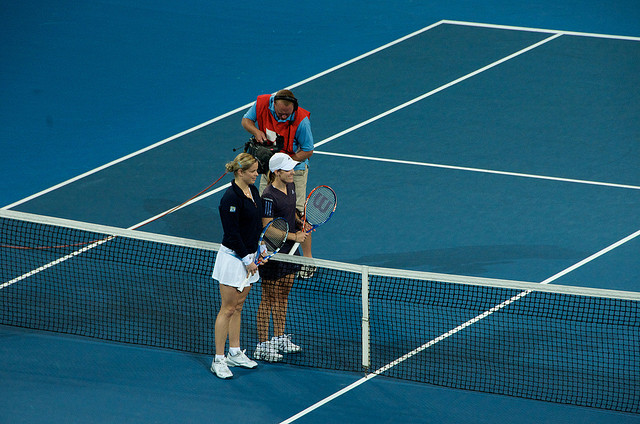 Clijsters has the slight edge in this rivalry, 13-12. Only two of their meetings occurred before the quarterfinal round of a tournament, and the two would have been bound for more head-to-heads if each had not taken brief breaks during their careers. Both woman are Belgian, and have remarkably similar records overall. Clijsters went 523-127 in her career, winning 41 titles; Henin was 525-115, with 43 tittles overall.

Close in records, age, and from the same country, the two were admittedly not close during most of their careers, thinking of each other more as rivals rather than friendly competitors. This changed when they returned to the game. In 2010, Clijsters told The Guardian that, “I think we’ve definitely grown up. We’ve been messaging each other on phones, teasing each other, fun, relaxing. I think that’s how I would have liked it to have always been.”

What Borg-McEnroe lacked in meetings is more than made up for when considering McEnroe-Lendl. The men squared-off in 36 matches, with Lendl the winner 21 times. Never the friendliest of opponents during their playing days, the two have buried the hatchet, according to McEnroe. ”We can laugh and talk about it now,” he said to the Independent in 2012.

Their meeting at the 1984 French Open certainly wouldn’t help that relationship, especially on McEnroe’s side. McEnroe had been flying high all of 1984. He had yet to lose a match, and going into the final against Lendl was the favorite. Lendl was 24 years old, and had yet to win a major.

In less than an hour, McEnroe was up, 2 sets to love, but Lendl found his footing as McEnroe faltered in the third set. After the fourth set, it was leveled at two all, and a French crowd rooting for Lendl further fed McEnroe’s frustrations. McEnroe lost in the fifth on his own serve, in a devastating personal defeat. For Lendl, the match is considered the turning point in his career, and from then on, he was a formidable opponent to the American. 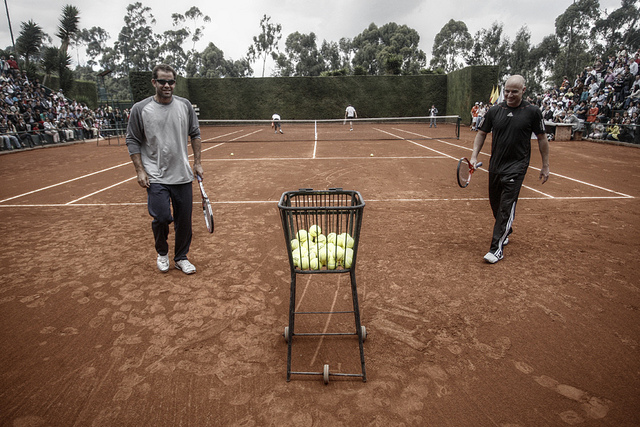 Sampras defined the elegant, masterful kind of tennis Roger Federer is known for now. In their early careers, Agassi was the rebel, with a pair of acid wash shorts, and on court antics that got him into trouble. The competition between the two blossomed in junior tennis, growing as they turned pro, going head-to-head in nine Grand Slams. Five of those meetings, were in the finals. Agassi took control of the first meeting, winning a match in Rome 6-1, 6-2, but Sampras has the 20 to 14 advantage overall. In Grand Slam finals, he is even better, only losing one of the five.

The clash of these tennis titans didn’t end with retirement. Exhibition, and charity matches have caused friction in the past, leading Agassi to joke that their relationship is “strictly platonic” on a call with reporters in 2011. ”As much time as we spent together, I never really knew him. Two different people, two different styles. Those differences were never bridged between us. But I recognize him as a superior athlete.” 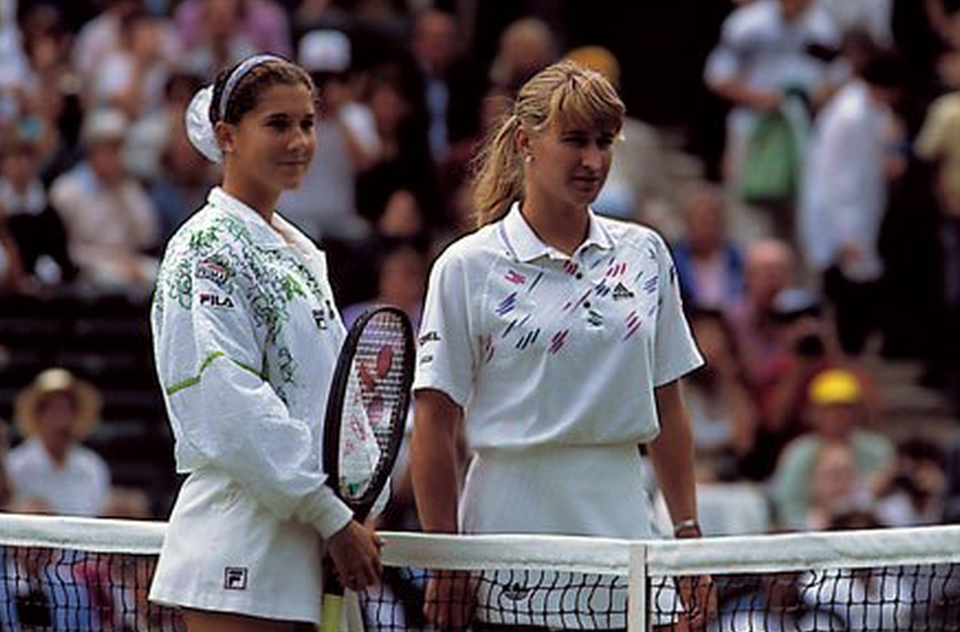 Ten of their fifteen competitions were at Grand Slams, and six of those meetings were in the finals. Graf has twice as many wins against her opponent (ten to five) but they each have three Grand Slam titles against the other. The women were the best players in tennis throughout the 90s, and in the early years of the decade were consistently on track to play top-notch tennis in finals.

The rivalry, and Seles’ career, was interrupted by an unfortunate incident in 1993. On a court in Hamburg, Germany, a crazed Graf fan stabbed Seles, sidelining her for 27 months. Seles was only 19 at the time, and missed ten Grand Slam events, six of which were won by Graf. When Seles returned, so too did the rivalry. The matches were largely in Graf’s favor, and Seles has recognized that after the incident, she did not play at the same levels she had previously.

For years, Rafael Nadal had a power few other men on the ATP tour possessed, he could beat Roger Federer. When Federer is on form, he is playing on a different level, and Nadal proved early on he could ascend to that height, and win. The victor in 22 of their 32 meetings, Nadal won their first ever meeting, at the ATP Masters Series in Miami in 2004.

A shocking defeat, but not considered a classic match given the pair’s history. For just about anyone who isn’t a Federer fan, the ultimate match between the two is the 2008 Wimbledon final. Federer entered, having beaten Nadal in the two previous Wimbledon finals, chasing his sixth consecutive Wimbledon title. Nadal was looking for his first win in the finals at the All-England Club, against the man who dominated grass court tennis.

Over five hours were spent on-court, and more than seven once rain delays are included. In the fading, dim London twilight Nadal took the fifth and final set, 9-7. The final score was 6-4,6-4,6-7,6-7,9-7, in a match that is considered by some to be the greatest of all-time. The men held the number one ranking in the world for years before other players managed to crack into the top spot. Injuries, illnesses and a wider range of players to share the spotlight have prevented the men from battling on-court as they have in the past, but neither have retired yet, giving hope to fans of each for at least one more Wimbledon-worthy meeting.