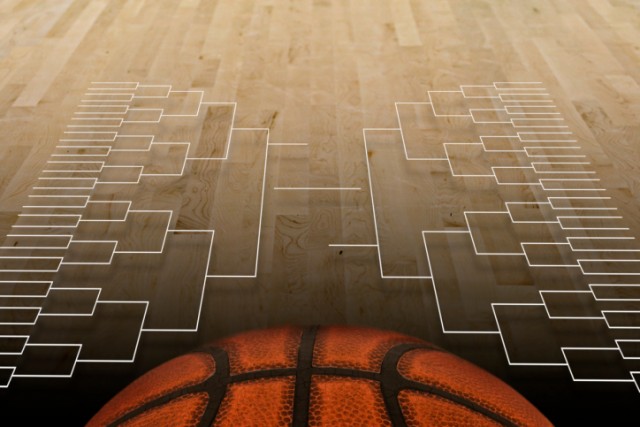 The NCAA Tournament is here. Though March Madness technically started with the conference tournaments, it really commenced the minute the ball ias thrown in the air to start the first play-in game on Wednesday. With that simple toss come thousands (check that, millions) of crazed fans rooting for teams they barely even know. Everybody from your grandmother to your crazy neighbor to your nerdy boss who knows nothing about basketball makes a bracket and also religiously follows it.

But while many play — there are so many hopes and dreams as the first round is underway — there are few who succeed. Whether it’s winning your work pool, a family pool (family bragging rights can’t be given a monetary value), or trying to win that billion-dollar bracket challenge by Quicken Loans and Warren Buffett, making all the right picks throughout the tournament is nigh impossible.

There are some ways to help make your picks a little more viable, though. These aren’t mathematical theorems or telling you to pick by which color you like (albeit that works sometimes): These are simple, intelligent ways to approach making sixty-three difficult choices. Writing ways to improve your picks is almost as hard as actually picking correctly, but here are four ways to improve your selections and maybe win your pool. 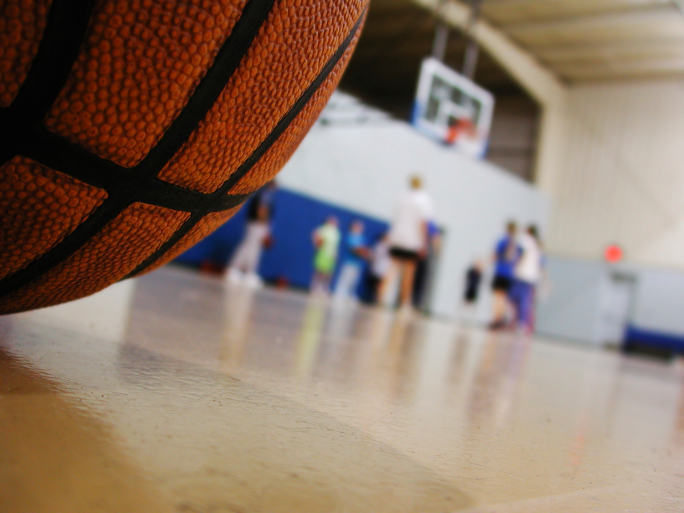 Everybody likes to pick an upset. But in reality, they pan out far less often than they help your bracket. Now, this isn’t to say that you shouldn’t pick any upsets — obviously there are surprises every year (see Florida Gulf Coast in the Sweet 16 a year ago). As a whole, though, picking a 10 seed or lower to make it deep into the tournament rarely improves your bracket.

For example, going back to 2003, there have been forty-four teams who have made it to the Final Four. Of those forty-four, forty have been a 5 seed or higher (fifteen 1 seeds, ten 2 seeds, six 3 and 4 seeds, and three 5 seeds). The lowest seed in the past ten years to make the Final Four has been an 11 — George Mason in 2006 and Virginia Commonwealth in 2011. While it’s tempting to pick that 13th-seeded mid-major to make it to the Elite Eight, unless you have legitimate reason to, you’re better off sticking with the favorites. 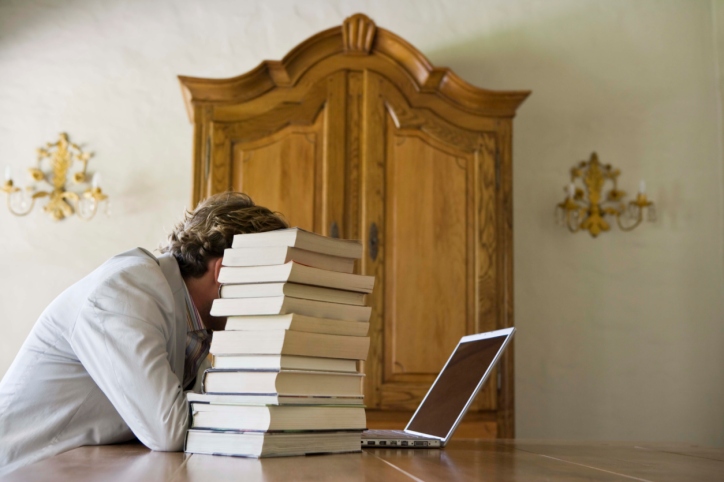 There are so many stories out there about so and so “who blindly picked” or “who picked by choosing which mascot they liked more” and won that way. These stories fuel the craze and the ideology that anybody, no matter what you know (or don’t know, in most cases), can successfully win their respective pool. This is true, but being a little more knowledgeable won’t hurt you. An informed picker tends to be a more correct picker; it’s a simple fact.

The key part is “enough research.” Don’t spend hours looking up players and making hundreds of different brackets only to settle on the first one because you couldn’t decide. That never helped anyone. But if you analyze match-ups based on who the teams’ best players are, what kind of style of play they use, how they did against top competition throughout the season, or even if they have veteran leadership, you’ll be better off in your picks.

For example, if you know that a 4 seed that plays with three guards and two smaller forwards might be facing a mid-major with two dominant bigs, you should stop and consider how that could change the game, despite the drastic difference in seeds. It’s aspects like that — not a team’s mascot, color, or famous alumni — that can set your bracket apart come tournament time.

3. Pick for the long term 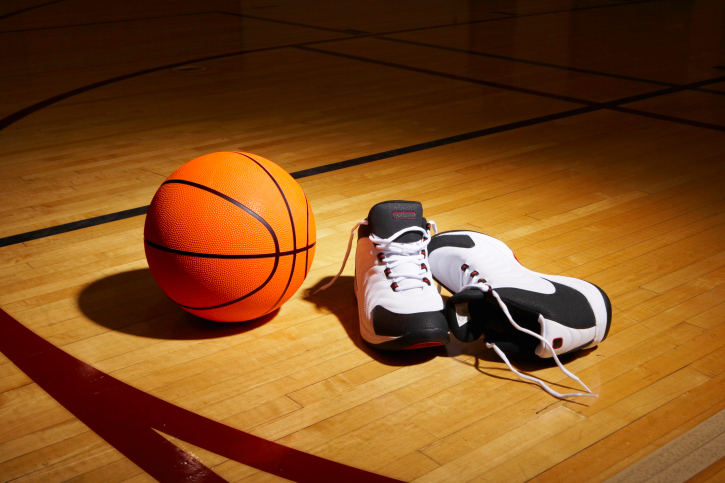 The scoring for most pools consists of one point for each correct first-round selection, two for the second round, four for the third round, eight for the fourth round, and so on, ending with 32 points for picking the champion. In a nutshell, that means that picking the overall winner will earn you the same amount of points as getting every first-round game correct.

Sometimes making the right pick doesn’t necessarily mean selecting a team that you think will go far. Let’s say Florida is the tournament’s overall top seed, but you don’t think they’ll make it past the Sweet 16 — you think the nine seed will, whoever that might be. This isn’t to say don’t make that pick: If there’s one rule to remember in creating your bracket, it’s that there is no wrong. But taking Florida, even if you don’t believe they’ll go far, isn’t a bad idea either.

What you have to remember about making your bracket is that you’re not just picking teams who will win — you’re also picking against other players in your pool. By taking Florida in the latter example, you’re ultimately hedging your bets against the other members of your pool. If you select Florida and they win, then you and most people are in the same boat. But if you don’t select the Gators (you take the underdog) and Florida wins, well, then you’re behind. In most cases, the points that you might gain from selecting the underdog, especially in the early rounds, don’t outweigh the possible points you’re losing in later, more important rounds.

Making smart, long-term selections is a lot like playing the stock market: Minimize risk and maximize return. But again, there will be upsets, so don’t shy away too much from being a little bold — those kind of picks can really distinguish your bracket. Just pick your spot. There’s a time to take a 14 seed to the Final Four, and there’s a time to take the 1 seed that everybody and their grandmas has in the Final Four. The trick of making a winning bracket is finding the happy medium.

4. Get a little lucky 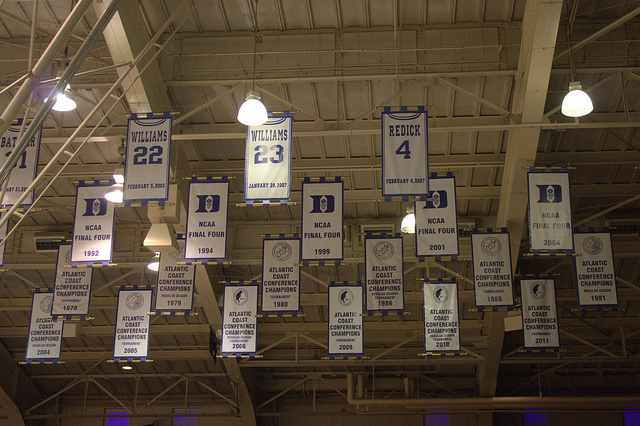 No matter how much research you do or how well you hedge your bets, when push comes to shove, you’ll need some luck. They don’t call it gambling — even if your pool is just for bragging rights — for nothing. Think about this: Only one time in the history of the NCAA Tournament in its current format has there been four No. 1 seeds in the Final Four (2008). And with the NCAA’s parity this season, it doesn’t seem likely that’ll happen again.

If you remember one rule of picking from this entire list, remember that there are no rules. These are tips that might help, but again, if picking based on a team’s colors tickles your fancy, do it — you still might win. That’s why it’s March Madness.