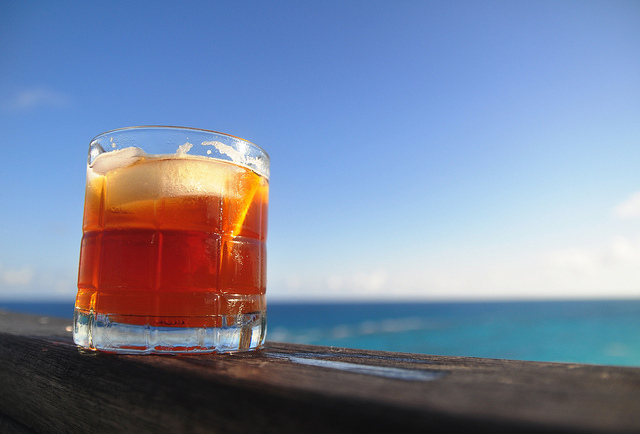 Before you sit down to watch March Madness this year, ask yourself a simple question: is your beer missing something? Unless you’ve already formed a cocktail out of your brew, the answer is undoubtedly yes. Beer and watching the big game go together like peanut butter and jelly, but even the classics need to be refreshed. Start a new tradition by sipping your way to victory with one of these 7 beer-cocktails for March Madness.

Depending on the progress of your team or bracket during the tournament, dark and stormy may sum up your feelings. Host the Toast tells you how to make one of these cocktails, which uses a ginger beer. 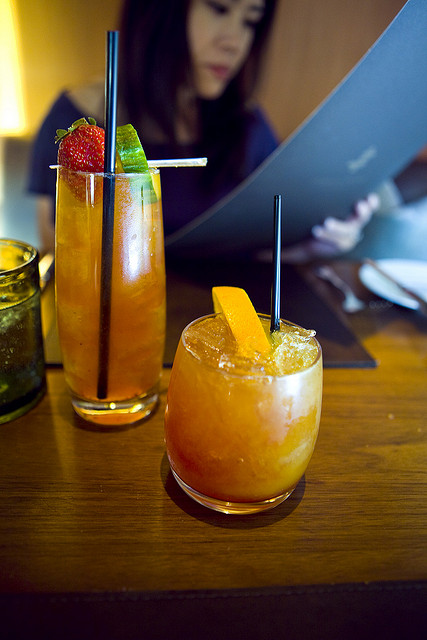 The hue of Foodie Misadventures‘ cocktail is perfectly reminiscent of a basketball, and an orange slice garnish heightens the association.

Directions: Slowly pour beer into a chilled glass. Add citrus vodka, Grand Marnier, and orange juice to the glass of beer. Stir gently to combine and garnish with an orange slice. 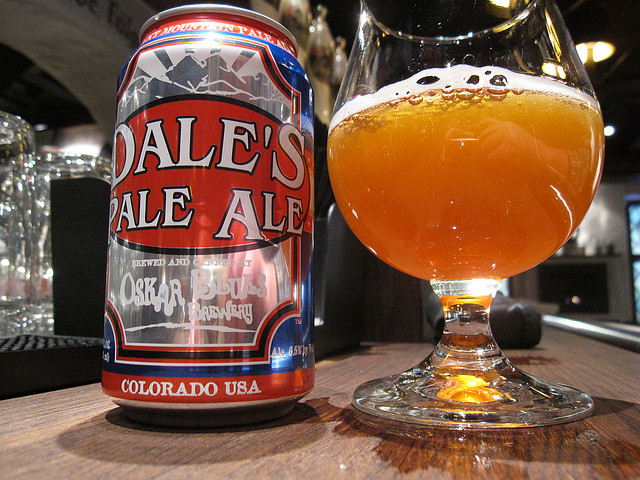 Men’s Journal describes this cocktail as a little sweet and a little salty, which may also describe the mix of friends you’re hanging out with as the tournament progresses and brackets are busted.

Directions: Dip the rim of the glass in honey and salt. Shake gin and lemon juice with ice, strain into glass with ice, and top with beer. 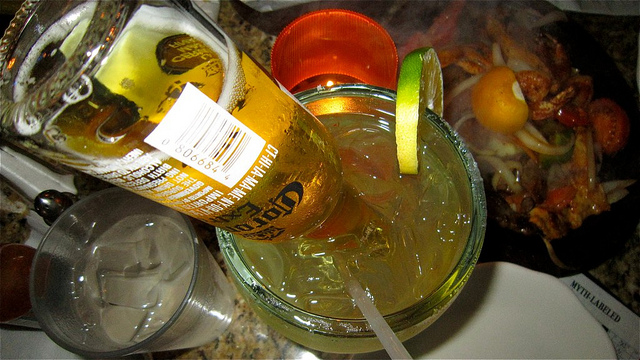 Jimmy Buffet probably didn’t have this in mind when he was singing Margaritaville, but AllRecipes.com offers this version with beer that doesn’t require a blender.

Directions: Pour limeade, tequila, water, and beer into a large pitcher. Stir until well-blended and limeade has melted. Add plenty of ice and garnish with lime wedges. Adjust with additional water, if needed. 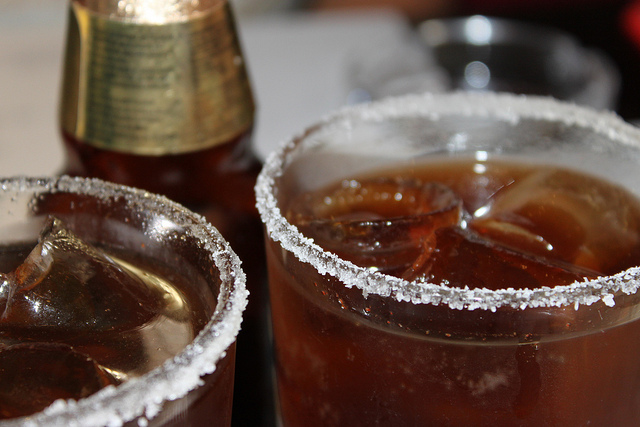 The Michelada will come to your rescue during March Madness when you partied too much the night before and/or a drink to serve when a game falls during the boozy-brunch timeframe. A traditional Mexican cocktail, it is also believed to a spicy way to kick your hangover to the curb — something you can test for yourself with Foodrepublik‘s version.

Directions: Rub a slice of lime around rim of glass, then dip in a dish of kosher salt to coat rim. In a separate glass or cocktail shaker, mix together tomato juice, lime juice, Tabasco sauce, Worcestershire sauce, pinch of salt, red pepper flakes, and ice. Pour into prepared salt-rimmed glass. Top up with beer and garnish with a slice of lime. 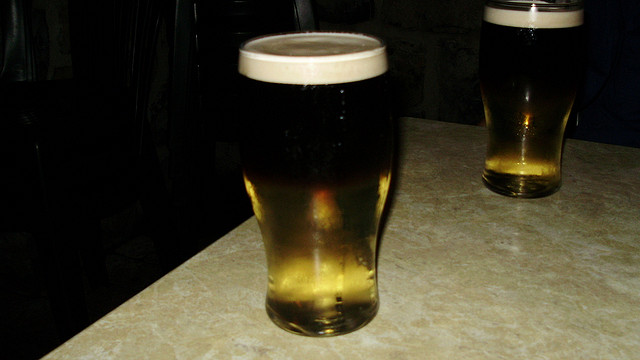 Make whoever is winning money in your bracket spring for champagne, or sparkling wine so that you can pair it with a stout beer to create the black velvet from Kitchen Konfidence.

Directions: Fill a champagne flute halfway with Guinness. Hold a small spoon (with the back, convex side facing up) over the flute. Slowly pour the Prosecco over the spoon and into the flute until filled. Using the spoon will keep the Guinness and the Prosecco from mixing. 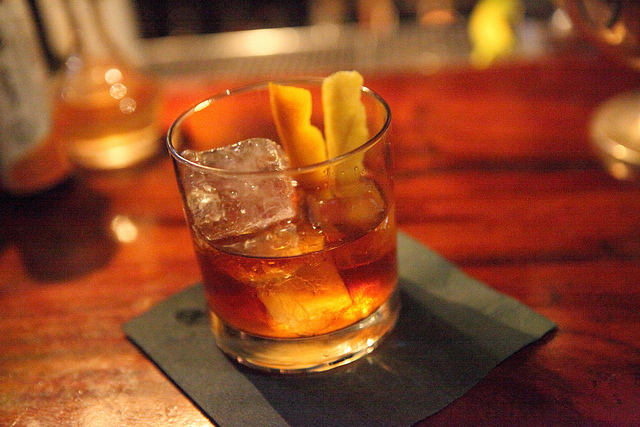 The old fashioned is a little less old with this recipe by There Will Be Bourbon, which adds beer to the traditional cocktail. They also recommend experimenting with different kinds of beers, to keep the beer fashioned feeling fresh.

Directions: In an old fashioned glass, add brown sugar, then a few dashes of Angostura bitters. Add the bourbon, then muddle until the sugar dissolves. Put an ice cube or ball in the glass, then add the beer.  Squeeze the orange twist over the mixture and wipe the inside of the glass with the twist.