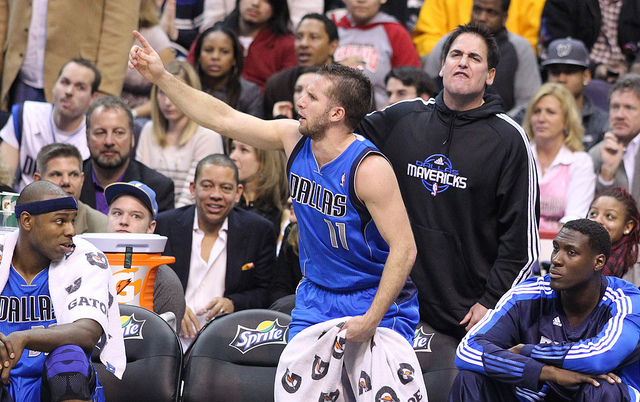 What’s the most enduring image from the 2006 NBA Finals? Is it Gary Payton being roused from the dead to drain that jumper that won Miami Game 3? Was it Shaq looking like he’d finally lost a little bit of a step from his time with Orlando and Los Angeles? Was it Dwyane Wade in full Flash mode, averaging 28 points, just under 6 rebounds, and 6 assists, and looking totally, utterly unguarded for the majority of the series? Or do you remember the charity stripe?

Mark Cuban remembers the charity stripe. According to John Canzano of The Oregonian, who has just finished a five-part series on officiating in the NBA (it’s a good read, but it also gives a lot of space to Tim Donaghy, which is kind of lame, as Donaghy’s meal ticket these days is stoking the fire of suspicion about National Basketball Association refereeing), Cuban had enough suspicions to contact former FBI agent Warren Flagg, who now runs his own security and investigation firm.

“Cuban asked me what he should do,” Flagg told Canzano. “I told him, ‘Sue and you’ll win your case,’ but he knew he’d be killing the Golden Goose.” For his part, Cuban claims that he doesn’t remember whether he discussed the matter with Flagg.

There are a number of things wrong with this claim, by the way. Ball Don’t Lie’s Kelly Dwyer does a great job summarizing the salient points, saying that “the bravado behind Flagg’s assertions that he’d definitely win a case against the NBA over referee calls is the height of ridiculousness. It wasn’t about the ‘Golden Goose.’ There was nothing there.” 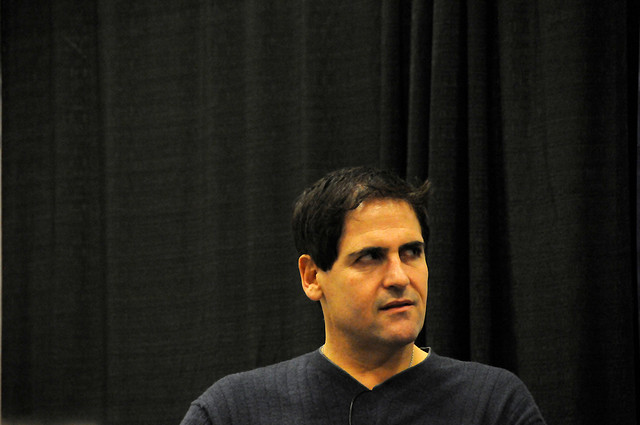 He then continues with a quick refresher of the reasons Miami won the series: it was right when the hand-checking rules were at their furthest out and no one could touch anyone (so Wade lived at the line because, again, he was going full Flash), Avery Johnson got outcoached by Pat Riley, and the only player that could guard Wade was Marquis Daniels, who was inexplicably left off of him much the same way George Karl didn’t put The Glove on Jordan for the first two games of the 1996 NBA Finals. No fixes, just human error.

Which is to say that confirmation bias is a hell of a drug, to paraphrase Rick James. The 2006 NBA Finals have been one of the most heavily dissected series in the popular ‘The NBA is rigged’ genre of sports fandom. So has Game 6 of the 2002 Western Conference Finals, when the Los Angeles Lakers, who were trailing the series 3-2, took 18 more free throws than the Sacramento Kings. The theory goes that the referees gave the game to the Lakers in order to force a Game 7, which would be more profitable, and that the league wanted the Lakers to advance.

You’ll notice, though, that in Game 1 of the 2014 Eastern Conference Finals, the Indiana Pacers shot 22 more free throws than the Miami Heat. The conspiracy theorists haven’t chimed in about that one — possibly because it doesn’t fit with their model. Turns out that reality probably doesn’t, either.