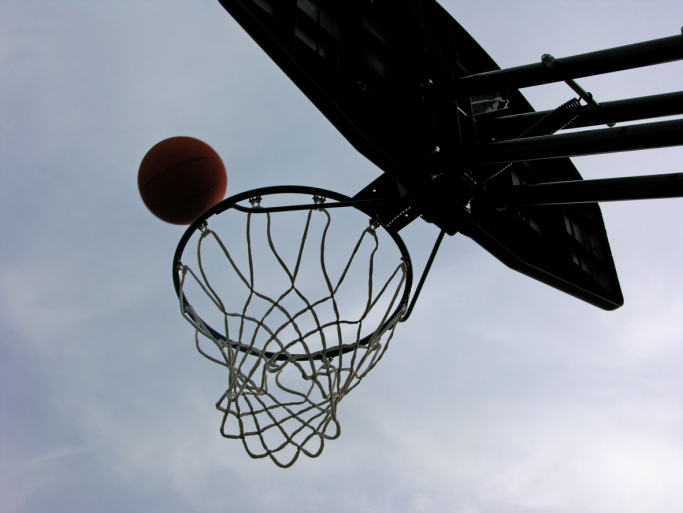 What if they stay home? It’s the scariest question that surrounds the NBA Draft every year. Especially if your team is awful and you’ve just spent 82 games hate-watching them jockey for the highest possible pick. Imagine watching all of that happen and then seeing a coveted player decide that he’d rather hang around in the NCAA for a year. It happened in 2013, one of the weaker drafts in recent memory, when Marcus Smart turned his back on a clear top-5 selection (and millions of dollars) to go back and work on his game at the college level — in order to raise his draft stock. That didn’t work out so well for him.

Now that the NCAA Tournament is entering the last throes of competition, many NCAA stars have already played their last college game. Once that happens, the official draft declarations begin pouring in. While it’s bad form for a “student-athlete” to declare anything other than loyal allegiance to their school, even when it’s obvious that they’re a one-and-done (like if they play at Kentucky), once the tournament is over, the gloves come off.

Those gloves come off in order to write statements and sign contracts; statements that they’re heading to the NBA to sign rookie deals with the National Basketball Association. Here are the biggest stars that have officially declared for the 2014 NBA Draft. 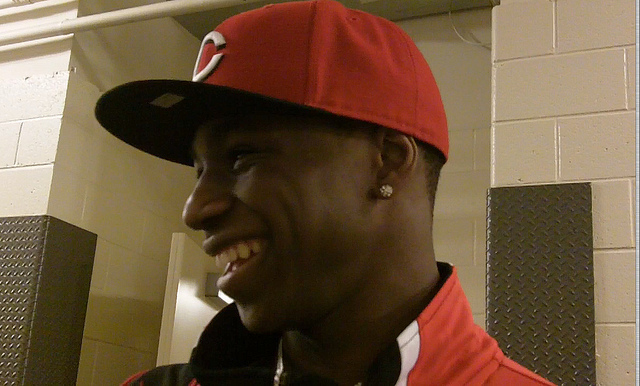 Yes, they’re still the most vaunted players coming out for the 2014 NBA Draft. People have been ripping into Wiggins all year for his ‘substandard’ play — 17 points, 6 rebounds, and 1.5 assists a game in 32 minutes — but college numbers aren’t all they’re cracked up to be. Another Kansas Alum, Brooklyn Nets forward and first ballot Hall of Famer Paul Pierce, averaged 16, 6, and 2 while he was a Jayhawk. That’s not to suggest that Wiggins will be the second coming, but it is illustrative of the discrepancies between college ball’s numbers and the kind of potential the players who put up those numbers have.

No player embodies that more than Joel Embiid, the defensive player of the year. At 7″, he’s had comparisons drawn from people like Hakeem Olajuwon (for his deft footwork in the low post) and Sam Bowie (for his injury history; he missed the entirety of March Madness with a stress fracture in his back.) Even with the looming specters of Greg Oden and Sam Bowie, who were both drafted by the Portland Trail Blazers (because coincidence is cruel), Embiid is unlikely to drop beyond the third pick. The potential is just too strong of an allure, even with the bust potential.

The third player in this draft’s Big 3, Duke’s Jabari Parker, has not yet declared for the draft. Parker, who is Mormon, could end up undertaking a mission that would keep him from the NBA for two years. He has been called “the best high school player since LeBron James” and “the best player from Chicago since Derrick Rose” by Sports Illustrated.

Now we get to the curious case of Marcus Smart, returning to Oklahoma to try and correct the flaws NBA scouts had seen in his game, and instead wound up making headlines for shoving a loudmouthed Texas Tech fan. While Smart’s draft stock hasn’t wildly improved — he’s going to be up against more talented players with higher ceilings this time around the draft wheel — and even teams picking the BPA, or best player available, are going to have a hard time snagging smart over probable draft entries like Julius Randle.

Dante Exum is this year’s most mysterious declaree. The 6’6″, 188 pound point guard out of Australia is known to most stateside fans for his great performances at the FIBA Under-championships and at the 2013 Nike Hoops Summit. With his height and his quickness, the guard has drawn comparisons to none other than Penny Hardaway, another tall point guard who was a monster in his prime. Projected to be a top 5 pick, some of his highlights paint a clear indication of why. 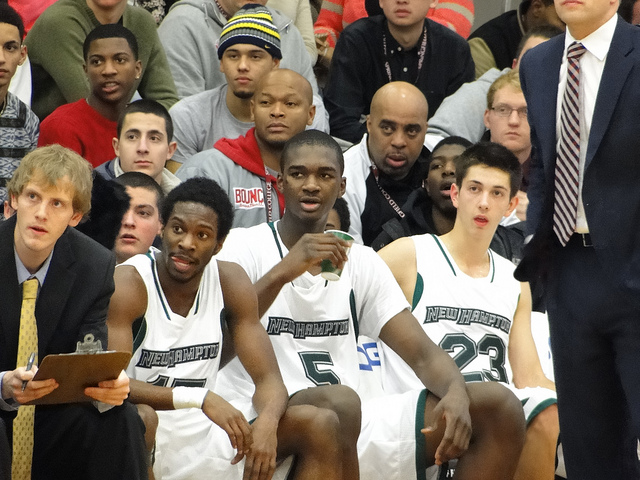 Filling out the rest of the likely top 10 are Tyler Ennis and Noah Vonleh (pictured above), who both declared in the wake of their team’s exits from the tournament. Ennis, the engine that could behind Syracuse’s inflated but impressive regular season run, has cracked Chad Ford of ESPN’s top 10, coming in right behind the as-of-yet-undeclared Gary Harris for the No. 9 slot. Ennis, who averaged almost 13 points, 5.5 assists, and 3.4 boards, brought his game to the next level in the tournament, leading the Orange on their run — which was curtailed by Dayton in the third round. Ennis, a one-and-done Canadian like Andrew Wiggins, had a very nice highlight reel run during his freshman stop with Syracuse. You can check it out below.

Vonleh, meanwhile, is 6’10″ and 260 pounds, the right size for the NBA power forward. He’s also got that draft-scout signifier of a larger wingspan than his height. Those long arms — Vonleh’s measure 7’4″ — are an asset for an NBA player. Obviously. No one wants T-Rex arms, least of all athletes who are giving up an offensive and defensive advantage to their longer armed peers.

There are a few players who are garnering some buzz that have not yet officially declared for the draft. Aside from Jabari Parker, there’s Creighton’s Doug McDermott — the year’s NCAA scoring leader, Arizona’s Aaron Gordon, and the aforementioned Gary Harris. NCAA underclassmen have until April 27 to declare for the 2014 NBA Draft. Now, Tyler Ennis.