When the dust settled on the 2016 NBA Finals and a championship earned by the city of Cleveland, it’s clear to say that the Golden State Warriors had a much harder time during the playoffs than they didin the regular season. First, Steph Curry was hurt and had to sit a few games in the early rounds. Luckily that didn’t really change things on the court, as Golden State took care of the Houston Rockets and Portland Trailblazers 4-1 in each series.

But a seven game series against the Oklahoma City Thunder — where, in some spooky foreshadowing, the Warriors were trailing OKC three games to one before coming back to win the series — saw the Dubs struggle for the first time all playoffs. It looked like something of an aberration, especially after the pair of blowouts that opened the Finals, but ultimately the Dubs weren’t able to to close out the series. Some food for thought: the Warriors lost nearly as many games in the NBA Playoffs (nine) as they did all regular season long.

When the Warriors went down before winning a championship, it make them one of two teams this year that were historically good but got knocked out before they ‘should have’ in the postseason. Here are a few of the other teams in NBA history that couldn’t close the deal on a championship, rated by not only regular season record but also point differential and how far they made it in the postseason before being eliminated.

The Sonics were led by head coach George Karl and his two studs, point guard Gary Payton and power forward Shawn Kemp. They had a bunch of  solid role players on that team as well, in Hersey Hawkins, Sam Perkins, and Detlef Schrempf. They buzzed through the Western Conference in the regular season, racking up 64 victories and finishing with the number one seed in the West.

But they ran into a problem, despite their star-studded roster and high octane play—the 1995-96 Chicago Bulls, who set the NBA record that season with their 72-10 regular season record. The Bulls took the first three games of the NBA Finals series with the Sonics before Seattle rebounded with wins in games four and five, thanks to a tactical adjustment from Seattle that saw The Glove switched onto his Airness. Ultimately, though, the Bulls clinched their fourth championship in six seasons with an 87-75 victory behind 22 points from Michael Jordan and 19 rebounds from Dennis Rodman.

The Jazz had a Hall of Fame trio leading their team, with Jerry Sloan drawing up the X’s and O’s for John Stockton and Karl Malone. Jeff Hornacek played the third option on the court well, scoring 14.5 points on 48.2% shooting. The Jazz also had a slew of quality role players, such as Bryon Russell, Howard Eisley, Shandon Anderson, and Antoine Carr.

Utah ran into the same problem that the Sonics had just the year prior — the Bulls. Chicago had a 69-13 regular season record in this season, not quite as nice as their 72 wins from the year before, but still certainly nothing to sneeze at. The Bulls took game one of the NBA Finals against the Jazz on a buzzer-beater from Jordan and won Game Two by twelve points, to take a 2-0 lead in the series. The Jazz bounced back and managed to tied the series, sending it to a pivotal game five. Of course this was the game where Jordan, stricken with the flu, dropped 38 points in one of his most memorable performances of his career. The Bulls then won game six back in Chicago on a Steve Kerr jumper, clinching the NBA Championship.

For the ’08-’09 season, the Cleveland Cavaliers had LeBron James, at age 24, playing the best basketball of his young career. The team had strong role players around James, such as Zydrunas Ilgauskas and Mo Williams, but nowhere near the star power he needed to win a championship. Nevertheless, Cleveland grabbed the number one seed in the (L)East by finishing four games ahead of the Boston Celtics and swept their first two playoff opponents, the Detroit Pistons and the Atlanta Hawks.

But the Orlando Magic, overlooked most of the year due to the high profile status of the Cavs, Celtics, and Lakers, were too tough for Cleveland. Dwight Howard shot 65.1% from the field in the six-game series, putting up monster numbers — 25.8 points and 13.0 rebounds per game — while a squad of sharpshooters rained down threes behind him. LeBron performed well for his team, carrying the Cavs with 38.5 points, 8.3 rebounds, and 8.0 assists in the series, but it just wasn’t enough.

The 1972-73 Boston Celtics appeared to be headed for the list of all-time great NBA teams, but it wasn’t meant to be. The team was loaded with names that would not only resonate in the era, but for future eras in the NBA through their work in the league—John Havlicek, Jo Jo White,  NBA MVP Dave Cowens, Don Nelson, Don Chaney, Paul Silas, and Paul Westphal all were included in this early 70s Celtics juggernaut.

But Havlicek hurt his right shoulder badly in the Eastern Conference Finals against the New York Knicks, and the Celtics quickly fell down into a 3-1 hole. They stormed back, winning each of the next two games, but New York took care of them in game seven at the Boston Garden and went on to face the Los Angeles Lakers in the NBA Finals. If there’s any consolation for Boston fans, it’s that New York lost the NBA Finals, 4-1 to Los Angeles, and have endured roughly four decades of mediocrity since.

This most recent Spurs squad might have gone down as the  the greatest team never to win a championship—at least, if Golden State had been able to close out the Cavaliers. The attention they received, or lack thereof, during the regular season was as a direct result of the record breaking season Golden State had. That’s not to diminish the Warriors’ spectacular year at all, but the Spurs were, however quietly, a historically great NBA team.

San Antonio played the year with a mix of old, battle-tested veterans and new, up-and-coming stars. Tim Duncan, Manu Ginobili, and Tony Parker with Kawhi Leonard and LaMarcus Aldridge seemed like a mix that could be strong enough to take down the mighty Warriors. But along the way, the Oklahoma City Thunder played spoiler. The Thunder took the series in six games, but only outscored the Spurs by an average of 0.5 points per game — an indication that the series was certainly closer than you might have thought, and certainly closer than the box scores would indicate. 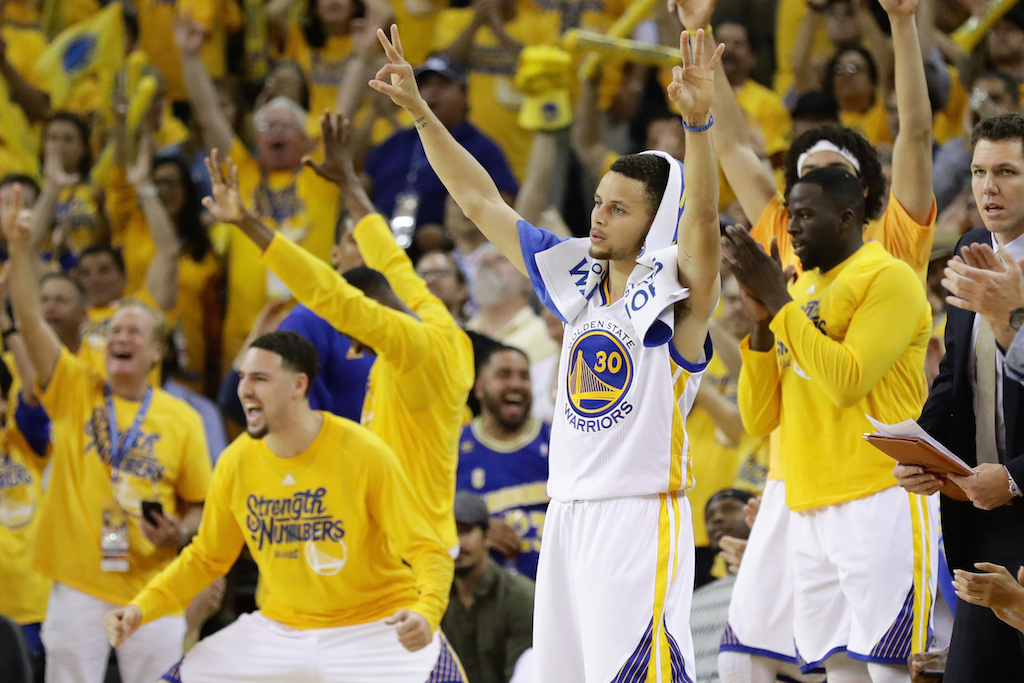 Whether you want to add an asterisk to their regular season or not is up to you, but in terms of record and point differential, the Golden State Warriors were the best NBA team to fail to win an NBA Championship. After taking a commanding 3-1 lead in the Finals the Warriors squandered chance after chance to close out the series (and Draymond’s suspension for Game 5 stands out here), and ultimately couldn’t capitalize on the kind of play that lead them to so much success over the last year. On the other hand, back-to-back Finals appearance is nothing to sneeze at, and being the top team in the Western Conference is equally awesome. While no one can tell what the offseason will bring, it’s hard to see the Lacob-run-team breaking it apart after falling short this season.

All stats courtesy of NBA.com and Basketball Reference.