Three-point specialists can be among the most feared players on a basketball court due to their ability to quickly turn the tides in a close game or push one out of reach for good. But there are some three-point specialists who strike fear into basketball players and fans alike with a deadly accuracy that makes it more surprising when a shot misses than when it goes in.

In the past several seasons, that player has been the Golden State Warrior’s Stephen Curry. The clear choice for best pure shooter in the game today, Curry last year beat Ray Allen’s record for most 3-Pointers made in a season with 272 — three more than Allen’s 269 made in the 2005-2006 season with the Seattle SuperSonics. To most onlookers and basketball fans, Allen’s record seemed nearly unbreakable, but Curry’s mix of off-balance shots, deep threes, and stunning fade-aways means that Curry will keep gunning for records through his career. The only concern is whether Curry can stay healthy.

So, what are the all-time records for 3-Pointers made in a career? Well, taking a look at some of the top marks shows that Curry has a long, long way to go. Here are the eight all-time leaders in 3-Point field goals made throughout an NBA career. 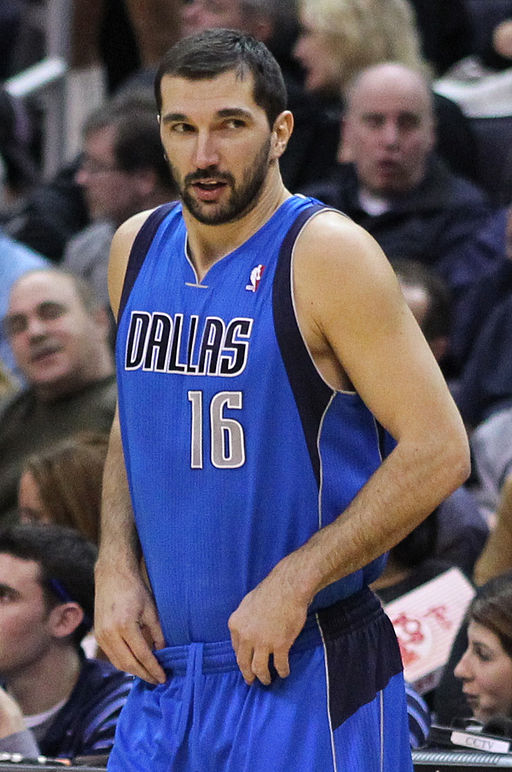 Peja Stojakovic is a Serbian-born former professional basketball player who was drafted in the 1996 NBA Draft with the fourteenth overall pick by the Sacramento Kings. After spending two seasons on the bench, Stojakovic experienced a breakout season in the 2000/2001 season, winning the 2001 Most Improved Player Award and becoming a central piece of the powerful Kings team of the early 2000s that found itself in a bitter rivalry with the Los Angeles Lakers, who were then armed with a young Kobe Bryant and Shaquille O’Neal.

During a successful fourteen-year career in the NBA, Stojakovic made 1,760 3-Pointers and was a two-time NBA Three-Point Shootout champion, winning in 2002 and 2003. Known as one of the most dangerous shooters during his prime, Stojakovic also places at number six and number seven on the all-time list for most 3-Pointers made in a single season with 240 made in the 2003-2004 season with the Kings and 231 made in the 2007-2008 season with the New Orleans Hornets.

Rashard Lewis went straight from high school to the pros when he entered the 1998 NBA Draft and was drafted thirty-second overall by the Seattle SuperSonics. Standing at 6? 10” with a large wingspan and high shooting release, Lewis was once one of the most feared shooters in the league, with a seemingly unguardable shot.

Still active in the NBA, Lewis is currently sitting at 1769 3-Pointers made in his career and is tied for eleventh on the list of most 3-Pointers made in a single season — 226 in the 2007-2008 season as a member of the Orlando Magic. While it’s unlikely that he will make the jump to number six on the list before his career winds down, there’s no doubt that Lewis was once one of the most feared marksman in the NBA, with a shot that is sometimes compared favorable to Kevin Durant’s. 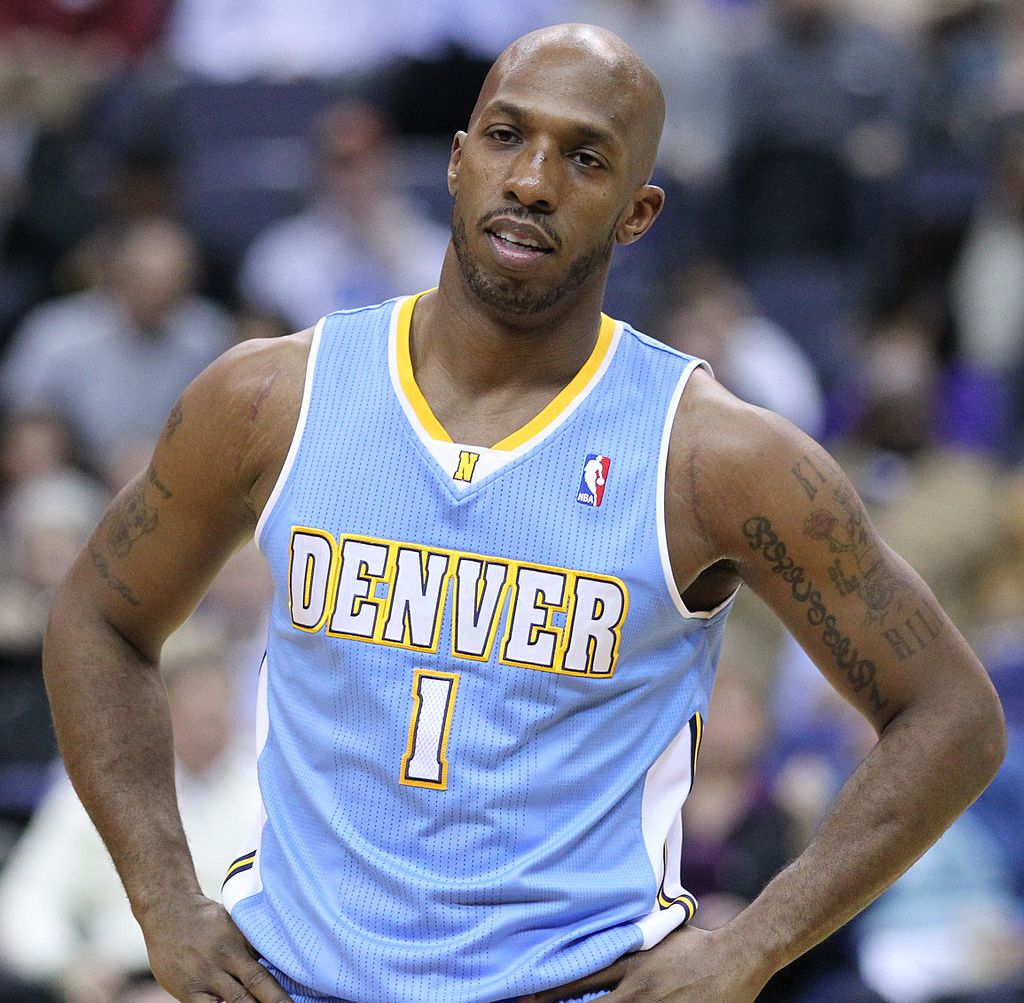 Chauncey Billups was chosen third overall in the 1997 NBA Draft by the Boston Celtics and moved around the league early on before experiencing a breakout season in 2001-2002 as a member of the Minnesota Timberwolves. After that season, Billups moved to the Detroit Pistons, where he became one of the best players on a championship squad and earned the nickname “Mr. Big Shot” for his ability to knock down clutch shots.

Now back with the Pistons after stints with the Denver Nuggets, New York Knicks, and Los Angeles Clippers, Billups has made 1,829 3-Pointers in his career, good for number six on the all-time list. But, in an example that slow-and-steady wins the race, you have to go all the way down to number sixty on the list of most 3-Pointers made in a single season before you find Billups’ name with 184 made in 2005-2006 as a member of the Pistons.

Paul Pierce, nicknamed “The Truth,” was drafted tenth overall in the 1998 NBA Draft by the Boston Celtics and would stay with the team for fifteen years before being traded to the Brooklyn Nets prior to the 2013-2014 season. Despite Pierce lacking the same kind of physical prowess wielded by many NBA stars, the small forward has earned himself a future spot in the Hall of Fame through a mix of clever footwork and a shot that was once as feared as any in the league.

With 1,858 3-Pointers made in his career, Pierce has earned his reputation as one of the most feared 3-Point shooters in the league. His name also comes up at number twenty-three on the list of most 3-Pointers made in a single season, with 210 as a member of the Celtics in the 2001-2002 season. 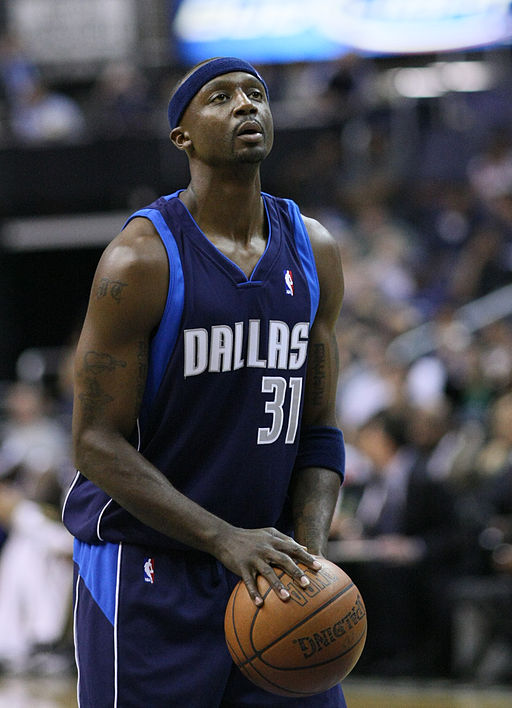 Jason Terry was chosen tenth overall in the 1999 NBA Draft by the Atlanta Hawks, where he quickly established himself as the best player on the team in the 2000-2001 season, when he averaged 19.7 points and led the team in steals, assists, and free throws made. When Terry was traded to the Dallas Mavericks just before the 2004-2005 season, he then established himself as one of most dangerous sixth-man candidates in the league, showing no fear of taking the big shots when the game was on the line. 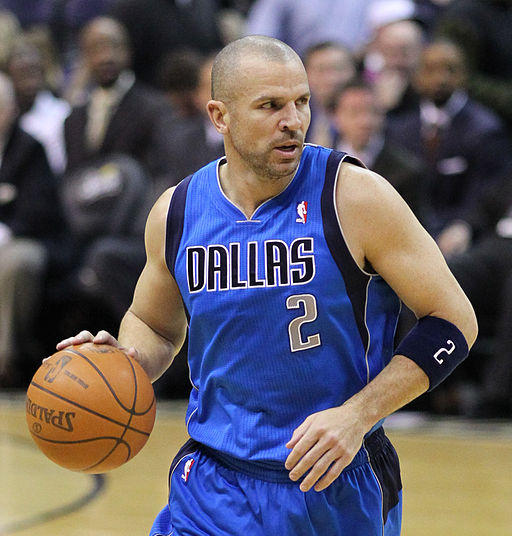 Jason Kidd was picked second overall in the 1994 NBA Draft and quickly established himself as one of the most gifted point guards in the league. A regular triple-double threat with career averages of 12.6 points per game, 8.7 assists per game, and 6.3 rebounds per game, Kidd had a successful stints in Phoenix, New Jersey, and Dallas (where he won the championship in 2011), and is now the head coach for the Brooklyn Nets after retiring last year.

Although Kidd was not a significant 3-Point threat at the start of his career, his 3-Point percentage shows a consistent upwards trend throughout his career and his 3-Point total of 1,988 is good for number three on the all-time list. But, it was his stint in Dallas from 2007-2012 where Kidd really started to turn it up from downtown, posting some of the best percentages from beyond the arc in his career and making 176 3-Pointers in the 2009-2010 season — good for number eighty-seven on the all-time list of 3-Pointers made in a season.

When it comes to 3-Pointers, Reggie Miller is always among the two or three names that inevitably come up. Chosen with the eleventh overall pick in the 1987 NBA Draft by the Indiana Pacers, Miller quickly became a household name with his unbelievable shooting skills and ability to perform in high-pressure environments — especially against the New York Knicks, which became a bitter rival of the Pacers.

The undisputed king of the 3-Point field goal, Ray Allen has a shooting prowess that is nearly unparalleled, even as the 38-year-old Allen finishes his career with the Miami Heat. Chosen with the fifth overall pick by the Minnesota Timberwolves from a star-studded 1996 NBA Draft before being immediately traded to the Milwaukee Bucks, Allen would quickly establish himself as one of the finest shooters of all-time as a member of the Bucks, the Seattle Supersonics, the Boson Celtics, and most recently the Miami Heat. Armed with a high, quick release and a smooth shooting form, Allen’s shot is one of the most envied in the entire league.

In the two years since breaking Reggie Miller’s all-time 3-Pointers-made record, Allen has raised the bar to 2,899 3-Pointers made. That’s 339 more than Reggie Miller made in his entire Hall of Fame career and 911 more than Jason Kidd’s 1,988 at number three on the list. And on the all-time list of 3-Pointers made in a single season, Allen comes up eleven times, including two times in the top ten. Additionally, Allen’s 2005-2006 record of 269 made in a single season was once believed to be untouchable, before Stephen Curry bested it with 272 made last season. But even Curry will have a hard time catching up to the all-time record set by Allen.