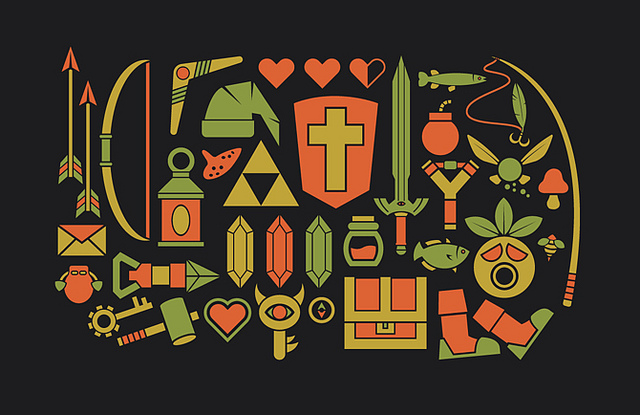 First off, the facts. At the Austin X Games, slated for early June, Call of Duty will join skateboarding, BMX, and Moto X (pronounced “motocross”) in the ranks of ESPN-sanctioned “extreme” sports. The X Games have long acted as an enthusiastic co-option center for all kinds of youth culture, keeping events market tested, safe for Mom, and largely designed to sub-textually help sports drink corporations and shoe conglomerates infiltrate their way into the homes of non-traditional athletes everywhere.

In other words, the X Games have always been trend chasers. Seen from this angle, the notion that this is somehow controversial or that video gamers aren’t athletes doesn’t matter — although the fact that competitive gamers act like traditionally competitive athletes (link is NSFW due to language) does distance them from the stars of the other sports that tend to populate the X Games, with the possible exception of Shaun White.

This isn’t a surprise. In the eSport event’s inaugural press release, the X Games quoted Executive Vice President of Sales Don Reilley as saying: “The popularity of competitive gaming and the [Major League Gaming] Pro Circuit is at an all-time high with millions watching the best gamers compete each month on MLG.tv. This collaboration with X Games will help further bring MLG to the mainstream while we provide advertisers with quality exposure and deep engagement with our fan base on MLG.tv across all platforms.”

So while the X Games looks for the cool new thing to show off and the MLG looks to expand the fan base of its sport/pastime/whatever, we’ve decided to look at four events that are no longer cool enough — or profitable enough — for ESPN and the X Games. 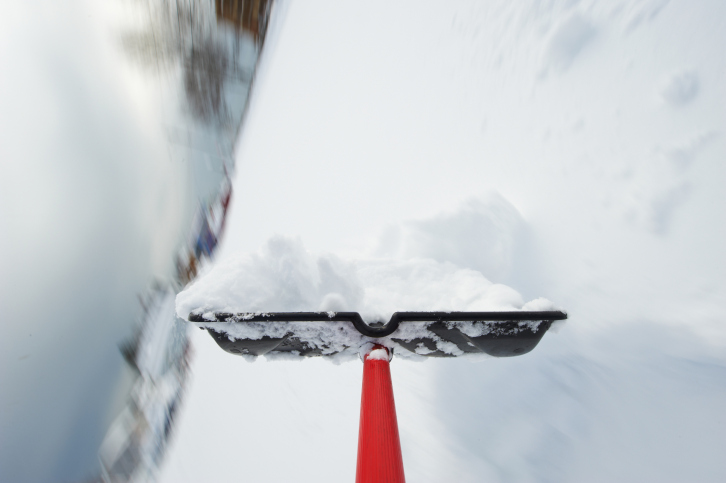 Might as well lead with the best foot forward, right? Shovel racing, or, to use the proper X Games nomenclature, super modified snow shovel racing, was only a Winter X Games event for a short time. According to the Wikipedia page, about as reliable a source there is when looking for the history of shovel racing,  it was “removed for safety concerns.” If you missed it the first time, you’re probably thinking, “Racing down the hill on a snow shovel?”

Yes. At the height of the sport’s newsworthiness, the founders told ESPN they thought they could make it into the Olympics. Because, you know, the skeleton is in it — fair point, shovel racers. In case you’re curious about what makes a super modified snow shovel a super modified snow shovel, here’s a handy ’90s artifact from ESPN: a YouTube video explaining the glory of shovel racing: 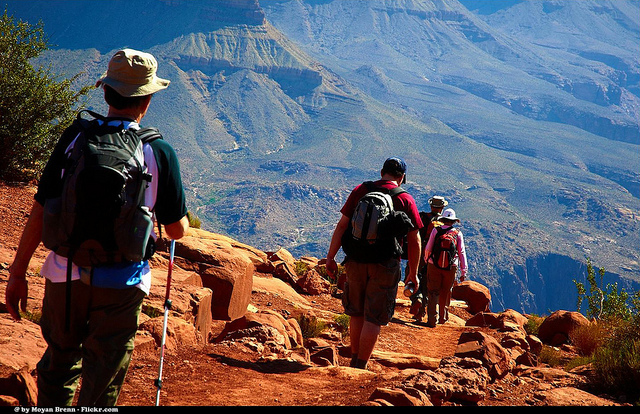 Think of this short-lived event as akin to The Amazing Race, or any kind of long-form, team-based racing event. The X-venture was only featured in three X Games events, from 1995 to 1997, but it featured three-person squads trekking across hundreds of miles. That’s more or less all there was to it — the first one went from Maine to Rhode Island, and the event travelled with the games, with the final being held in New Mexico.

“Welcome to Adventure Racing Baja style. I am racing, correction plodding a weaving path beside my team mates John Howard and Andrea Spitzer of Team Presidio Adventure Racing Academy, as we make a bee line for the nearest viable shade, a group of spindly bushes floating some indeterminate distance away in a shimmering mirage,” wrote Ian Adamson, describing the final trek. “We are currently in seventh place, but that is the last thing on our minds as we are desperately trudging towards relief from the sun.” 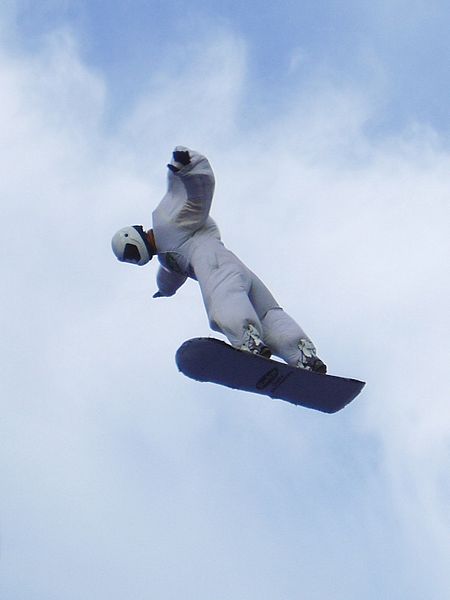 Yup, it’s skydiving with a what looks an awful lot like a snowboard strapped to the competitors’ feet. Yup, it sounds absolutely terrifying. When the sport first came to the attention of the X Games, there were only two professional skysurfers in the world. Turning it into an X Games event worked about as well as you might expect.

“Some of them crashed into the rocks like Wile E. Coyote in the Road Runner cartoon,” Ron Semiao, creator of the X Games, told The New York Times in 2006. “One of the guys got blown down the course of Newport, R.I. When he finally made land, he flagged down a cab, put his kite ski in the trunk and took the cab back to the venue.” Skysurfing would be an X Games event from 1995 until 2000. It looks like this: 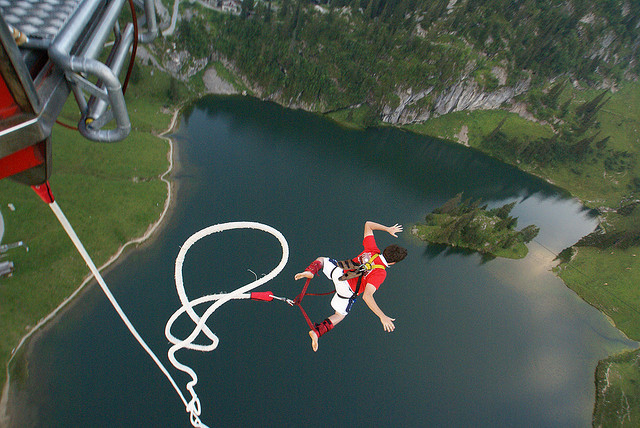 “Stuff like bungee jumping, we felt that the audience might look at that and make an analogy to platform diving,” Semiao said in the same New York Times article from before. “But bungee jumping is in essence an amusement-park activity. Those have been the events that dropped by the wayside because there isn’t really a participant base or an industry for it to continue to evolve.”

Hear that? That was the sound of a thousand angry bungee cords snapping in disagreement. Here’s hoping that the gaming industry keeps growing, if only for the X Games’ sake.