Starting with the Thursday night game in Oakland, there was no shortage of action in Week 12 of the 2014 NFL season. The Raiders started off the week with a bang by getting their first win of the season in front of a primetime audience, Odell Beckham Jr. made possibly the best catch in NFL history on Sunday night, the Cleveland Browns beat the Atlanta Falcons on a walk-off field goal, the Patriots dismantled another top team, the Buffalo Bills crushed the New York Jets despite missing two full days of practice, and the Seattle Seahawks look like they’ve rediscovered the swagger that led them to a win Super Bowl XLVIII. Here is a look at five significant takeaways from an eventful Week 12 of the 2014 NFL season. 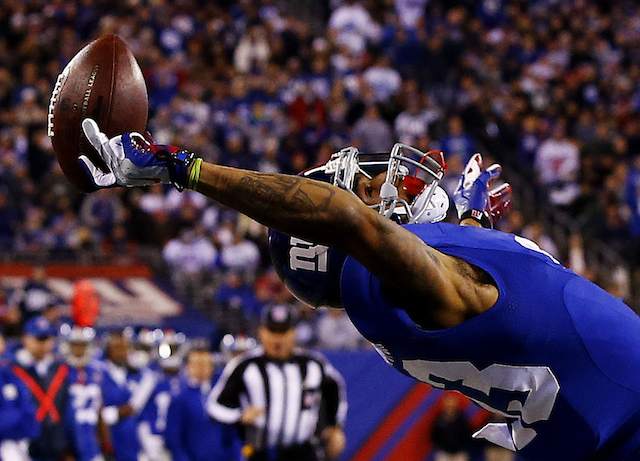 By now, pretty much everybody in North America has seen a replay of Beckham’s ridiculous 43-yard touchdown catch on Sunday night. With all of the hoopla surrounding the highlight-reel catch, his production in the month of November has gone seemingly unnoticed. In the Giants’ four November games (they will play again on November 30), Beckham has a total of 31 receptions, 503 yards and two touchdown catches. He is proving to be an explosive playmaker and matchup nightmare for opposing defenses, and he has only played in seven NFL games. It looks like the sky is the limit for Odell Beckham Jr.

2.  Josh Gordon is one of the top five wide receivers in the NFL

Gordon made his return from a 10-game suspension in Week 12 against the Atlanta Falcons and made his presence felt almost immediately. He caught 8 passes for 120 yards in his 2014 debut, but more importantly, his mere existence on the field opened things up for Miles Austin and Andrew Hawkins in the passing game, and Isaiah Crowell in the running game. Gordon has a rare combination of size, speed, agility, route running, and hands, and it looks like he may have been the missing piece of the puzzle for the Cleveland Browns in their quest to end an 11-year playoff drought. If Gordon can stay out of trouble off the field, he has the ability to make a run at a 2,000-yard receiving season at some point in his career. 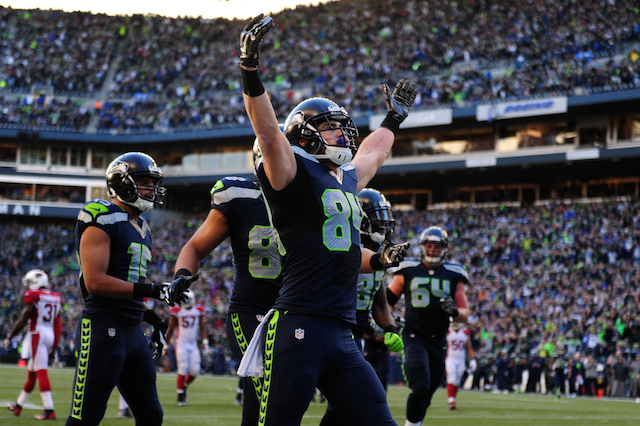 3.  The Seattle Seahawks aren’t dead yet

Many people around the league were writing the Seahawks off after their Week 11 loss to the Kansas City Chiefs. The defending Super Bowl champions responded by thoroughly dominating the Arizona Cardinals, who went into the game with the best record in the NFL, 19-3 at CenturyLink Field in Seattle. It was a win in true Seahawks fashion with the defense leading the way and making Arizona quarterback Drew Stanton look very subpar. The Seahawks will face another tough test in Week 13 against the San Francisco 49ers, but if Week 12 is any indication, it looks like the Seahawks have their swagger back. 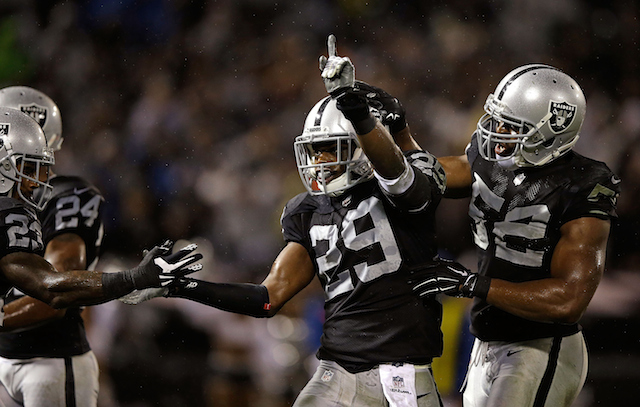 4.  The Oakland Raiders have some nice building blocks for the future

It looked like the idea of a winless 2014 season for the Raiders was becoming a bit of a foregone conclusion. However, in one of the biggest upsets of the week, the Raiders knocked off a red-hot Kansas City Chiefs team in Week 12. While they did rely heavily on the contributions of veterans Charles Woodson and Justin Tuck, they won this game behind a group of talented young players who have loads of potential. Second-year pro Latavius Murray sparked the offense running for 112 yards and two touchdowns on only four carries before leaving the game with a concussion. The defense was carried by Woodson and a couple of linebackers with only 35 combined NFL games under their belts, in second-year pro Sio Moore and rookie Khalil Mack. Additionally, the Raiders got key contributions from rookie quarterback Derek Carr, and second-year pros Mychal Rivera (tight end) and D.J. Hayden (cornerback). With an excellent core group of young players, and another favorable draft slot in 2015, the Raiders should be able to attract numerous big-name head coaching candidates this offseason. 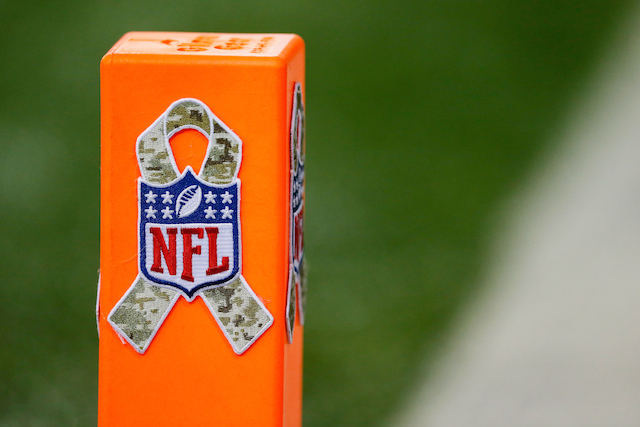 With both the Atlanta Falcons and New Orleans Saints dropping to 4-7 with Week 12 losses, it is beginning to look like there will be a team in the NFC playoffs with a losing record. Whichever team winds up winning the atrocious NFC South (the Carolina Panthers are also in contention with a 3-7-1 record) will have the benefit of playing a home game on Wild Card Weekend. Not only will the NFC South team get a home playoff game, but they will also potentially be keeping a 10-win team out of the playoffs. In my opinion, the NFL Competition Committe at the very least needs to award home-field advantage for the Wild Card games to the team with the better record. Additionally, the idea of seven playoff teams in each conference makes a whole lot of sense as well. In this scenario, only the top seed in each conference would get a first-round bye, and it would open the door to another playoff-worthy team that may get knocked out of the playoffs by a team with an inferior record that wins a weak division.