The NFC West has been one of the most competitive divisions in the NFL over the last five years. In each of the last three seasons, the NFC has been represented in the Super Bowl by a team out of the West. Heading into the 2015 season, Vegas again thinks the best team in the league resides in the NFC West.

The Seattle Seahawks are currently the favorites to win the Super Bowl 50 title, and it’s easy to see why. They have a star-studded defense that features All-Pro caliber players such as Richard Sherman, Kam Chancellor, Earl Thomas, Bobby Wagner, K.J. Wright, Michael Bennett, and Cliff Avril. That’s not an exaggeration; each and every one of those players has a legitimate chance at earning All-Pro honors in 2015. On the offensive side of the ball, Marshawn Lynch is arguably the best running back in the league, quarterback Russell Wilson is a perennial Pro Bowler, and Jimmy Graham, an offseason trade acquisition, is one of the biggest matchup nightmares in the league. All said, we would be shocked if Seattle isn’t one of the best teams in the league this year.

The Seahawks’ biggest challengers for the NFC West crown in 2015 will be the Arizona Cardinals and the St. Louis Rams. Both teams have excellent defenses, and more importantly, both teams are feeling much more confident about their starting quarterback situations heading into the season. As of last year, the Seahawks’ biggest rivals were the San Francisco 49ers. Fast forward a few months, and Jim Harbaugh is out as the head coach in San Francisco, and the Niners are now in full-fledged rebuilding mode.

Heading into the 2015 season, the NFC West looks like it will again be one of the most competitive divisions in the NFL. With training camp rapidly approaching, here is a preview of the division that includes several major storylines to follow, a list of intriguing position battles to track, and a list of potentially impactful rookies. 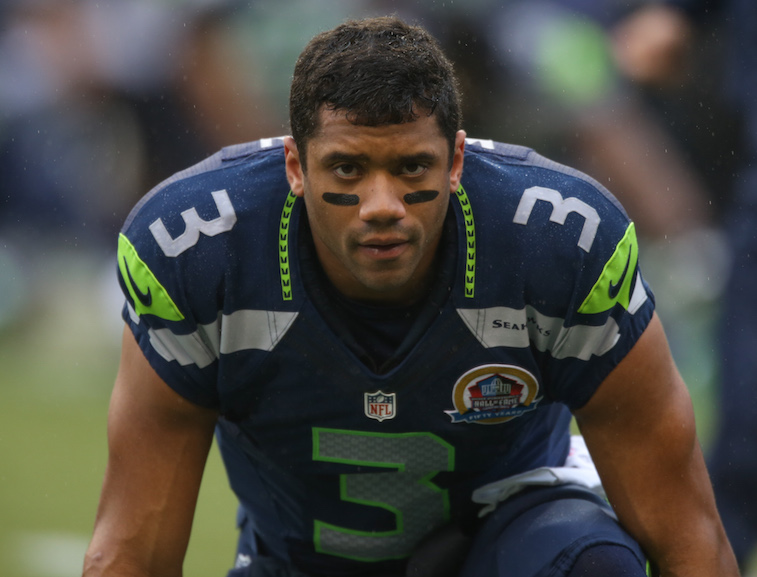 In his 22 games as the Cardinals’ starting quarterback, Palmer has compiled a 16-6 record. In 2014, it was painfully obvious that Arizona is a much better team with Palmer under center. The Cardinals ended up being a playoff team a year ago despite Palmer only starting six games before being lost for the season to an ACL injury. Had Palmer been in the lineup for the entire season, the Cardinals could have easily been a 13-win team. According to reports out of Arizona, Palmer is 100-percent healthy and has been a full participant in Organized Team Activities. If the 35-year-old quarterback is at the top of his game, the Cardinals have the talent to be one of the better teams in the NFC in 2015.

2.  Will the addition of quarterback Nick Foles transform the St. Louis Rams into a playoff-caliber team in 2015?

The Rams thought they had landed a franchise quarterback when the selected Sam Bradford with the No. 1 overall pick in the 2010 NFL Draft. This offseason, Bradford, who battled a multitude of injuries during his time in St. Louis, was traded to the Philadelphia Eagles in exchange for 26-year-old quarterback Nick Foles and a couple of draft picks. At one point in time, Foles was considered to be one of the best young quarterbacks in the league. He actually has a very similar skillset to Bradford, and has reportedly been quick to earn the respect of his new teammates in St. Louis. If Foles can prove to be the player that he was during the 2013 season in Philadelphia, the Rams have the makings of a team that can make a surprise run to the NFC playoffs.

It’s no secret that the 49ers are in the midst of a rebuilding project. They chose to draft players based on potential rather than players who are ready to make an immediate impact in the 2015 NFL Draft, and lost several players to retirement or free agency this offseason. The key to them being competitive in 2015 likely revolves around the play of quarterback Colin Kaepernick. The 27-year-old signal caller signed a massive contract extension prior to the 2014 season, and repaid the Niners by turning in the worst season of his NFL career. If Kaepernick continues to struggle, San Francisco could contend for the No. 1 overall pick in the 2016 NFL Draft. If he plays well, this team could challenge for a wild card spot in the NFC playoffs.

4.  Will Russell Wilson’s contract negotiations prove to be a distraction for the Seattle Seahawks in their quest for a third straight NFC title?

Wilson has his sights set on becoming the highest-paid player in the league, and the Seahawks simply don’t want to give him a contract that pays him $25 million per year. Wilson insists that his contract negotiation won’t be a distraction, but history has shown that these types of situations have a way of starting civil wars within organizations. The Seahawks are currently the favorites to win Super Bowl 50 in Las Vegas, which makes this situation something that is worth following.

The Seahawks traded All-Pro center Max Unger to the New Orleans Saints in exchange for All-Pro tight end Jimmy Graham. While Graham’s presence will be huge for the Seattle offense, they now have to find a viable replacement for Unger. Jeanpierre is the favorite to earn the job in training camp, but Lewis is still firmly in the mix. Expect a starter to be named by the third game of the preseason.

For the first time since 2006, the 49ers will have someone other than Frank Gore starting at running back. The most likely candidate is second-year pro Carlos Hyde. He will however have to fight off rookie Mike Davis and former Australian rules football star Jarryd Hayne to keep win the job. Veterans Reggie Bush and Kendall Hunter with both be in the mix as well, but we see those players as change of pace options rather than potential workhorses. If you’re a fantasy football player, this is one position battle you will want to keep an eye on.

The Cardinals had a borderline great defense in 2014 despite having a lackluster pass rush. Alex Okafor flashed signs of being a guy who could post double-digit sacks a year ago, and he will likely land one of the two starting outside linebacker spots for Arizona in 2015. The team signed veteran Lamarr Woodley and drafted Markus Golden and Shaq Riddick to compete for the other spot. If this group can be productive this season, the Cardinals have the makings of a top-five defense.

The Rams haven’t had a 1,000-yard wide receiver since the 2007 season when Torry Holt finished the year with 1,189 yards. For St. Louis to take the next step and become a playoff team in 2014, they are going to need much better production from their wide receivers. The top three candidates for the role of No. 1 wide receiver in their offense are Kenny Britt, Brian Quick, and Tavon Austin. All three players bring different skillsets to the table, and the player who is able to develop the best chemistry with quarterback Nick Foles will have the best chance at ending the Rams’ 1,000-yard wide receiver drought.

Gurley is arguably the best running back prospect to enter the league since Adrian Peterson in 2007. He is in the process of coming back from a torn ACL he suffered during his final season at Georgia, but all signs are pointing towards the 20-year-old being ready for the start of the regular season. While second-year back Tre Mason is sure to get a handful of carries in every game, it will be extremely difficult for the Rams to keep Gurley off the field if he is 100-percent healthy. Don’t be surprised if Gurley is in the running for the 2015 NFL Offensive Rookie of the Year award.

One of the Cardinals’ biggest needs this offseason was help at the running back position. They used a third round pick on Johnson in the 2015 NFL Draft, and the team is expecting big things from the 6-foot-1, 224-pound Northern Iowa product. He will be competing for carries during training camp, and if he proves his worth, Johnson will likely pair with Andre Ellington to give the Cardinals a solid 1-2 punch at running back.

Harold was a steal for the 49ers in the third round of the 2015 NFL Draft. The 6-foot-3, 249-pound outside linebacker is a perfect scheme fit in defensive coordinator Eric Mangini’s 3-4 defense. Given the attrition to the 49ers’ front seven this offseason, we are expecting Harold to be a key contributor from day one of the 2015 season.

Lockett doesn’t possess imposing size, but there is no denying that he is explosive with the ball in his hands. We see him developing into one of the premier slot receivers in the NFL, but as a rookie Lockett will likely have more of an impact on the game as a punt and kickoff returner.

At this point Humphries is no lock to start for the Cardinals in 2015. With that being said, the Cardinals’ first round pick in the 2015 NFL Draft is just too talented to keep out of the lineup for the entire season. We anticipate Humphries winning the Cardinals’ starting right tackle job as a rookie. His performance is critical to the Arizona’s offensive success this season, as keeping quarterback Carson Palmer upright is one of the team’s highest priorities.

Yeah, we included a punter on this list. Pinion was the only kicking specialist selected in the 2015 NFL Draft, and the former Clemson Tiger has some big shoes to fill with the 49ers. He will be taking over for Andy Lee, who is one of the best punters to ever play in the NFL. The Niners opted to trade Lee to the Cleveland Browns in a cost-cutting move, and are hoping Pinion can ultimately be their punter for the next decade.