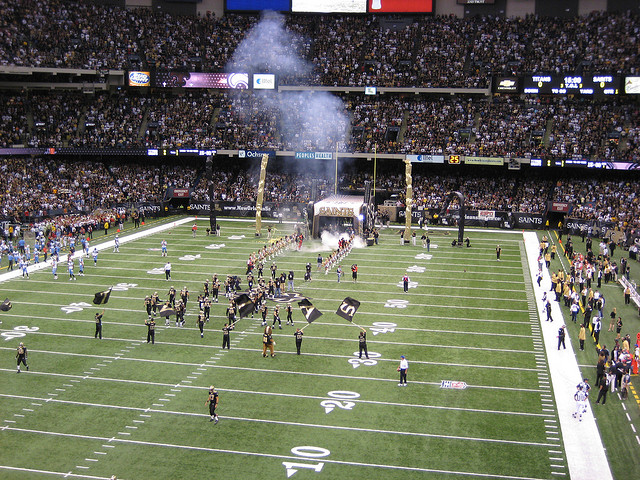 Since you can’t keep a good Graham down (sorry), the NFL Player’s Association is filing a grievance on behalf of of the New Orleans Saints’ tight end, Jimmy Graham, arguing that the team’s recent franchise tag undervalues the athletic TE, who should be — according to the player and the NFLPA — identified and treated as a wide receiver. Why the contention? Since Graham lines up well over half the time “out wide or in the slot,” according to ESPN. Oh, and because if he’s ruled to be a wide receiver, Graham will be paid about $5.25 million more.

The Franchise tag, memorably described by Grantland’s Bill Barnwell as “the NFL’s version of a promise ring. It’s a team’s way of showing a player that they care — and might be amenable to a long-term commitment in the future — without actually making that commitment whatsoever,” guarantees a one-year payment that is the average of the five largest salaries at that position, but keeps the player from receiving any of the bonuses or contract benefits that really differentiate the best NFL contracts from the not-so-best.

At its worst, a franchise tag can rob a player of a salary they’ll never have the opportunity to see again — the average NFL career is brutish and short, to crib from Hobbes, and injury can strike at any time. A one-year franchise tag means a nice chunk of change, but if a player finds himself waylaid for the season, there’s no guarantee that the big contract that caused him to get franchised in the first place will materialize. Put plainly, it’s just another way for the NFL teams to control player movement and ensure that free agency is as much of a headache for their players as possible. 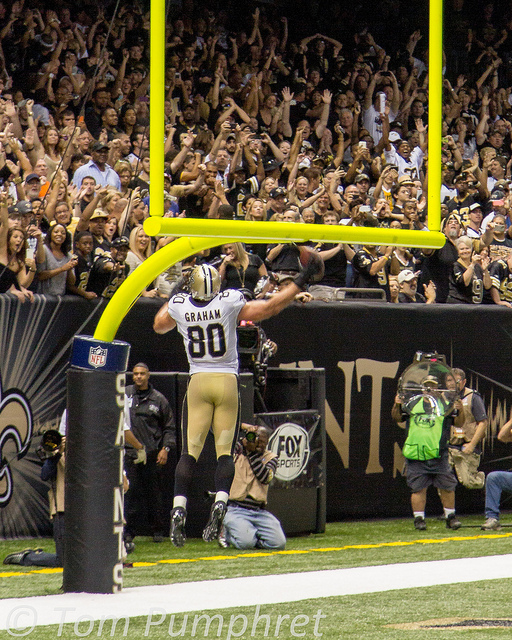 Graham’s hardly the first person to argue that he’s better classified as a wide receiver than a tight end — fantasy football players have been saying it for years. Beyond that, though, there have been contentious tight ends arguing for wide out status through the NFLPA before. When Jared Cook was with the Tennessee Titans, the team was contemplating a franchise tag for him as a tight end, but ultimately decided against it when it appeared that Cook might win the “I’m actually a receiver” argument. Green Bay’s Jermichael Finley was able to wrangle a two-year deal from the Packers after similar overtures were made in 2012.

“I just told [Graham] be patient,” Drew Brees, the Saints quarterback who fought the franchise tag earlier in his career, told NFL.com in March. “Don’t get frustrated. Don’t take it personally. It’s part of the deal and it’s hard and … you just want it to be over. You want certainty. That’s the hardest part.”

Graham’s got at least one bit of precedent working in his favor — Terrell Suggs, another Saints player. Back in 2008, Suggs argued that he wasn’t a linebacker, the position the team had franchised him under. Suggs, who maintained that he was a defensive end, rather than an LB, dug his heels in and filed a grievance. The case went all the way to arbitration, the inclusion of a neutral third party, and the arbiter ultimately decided Suggs was right, raising his franchise pay from $8 to $8.5 million.